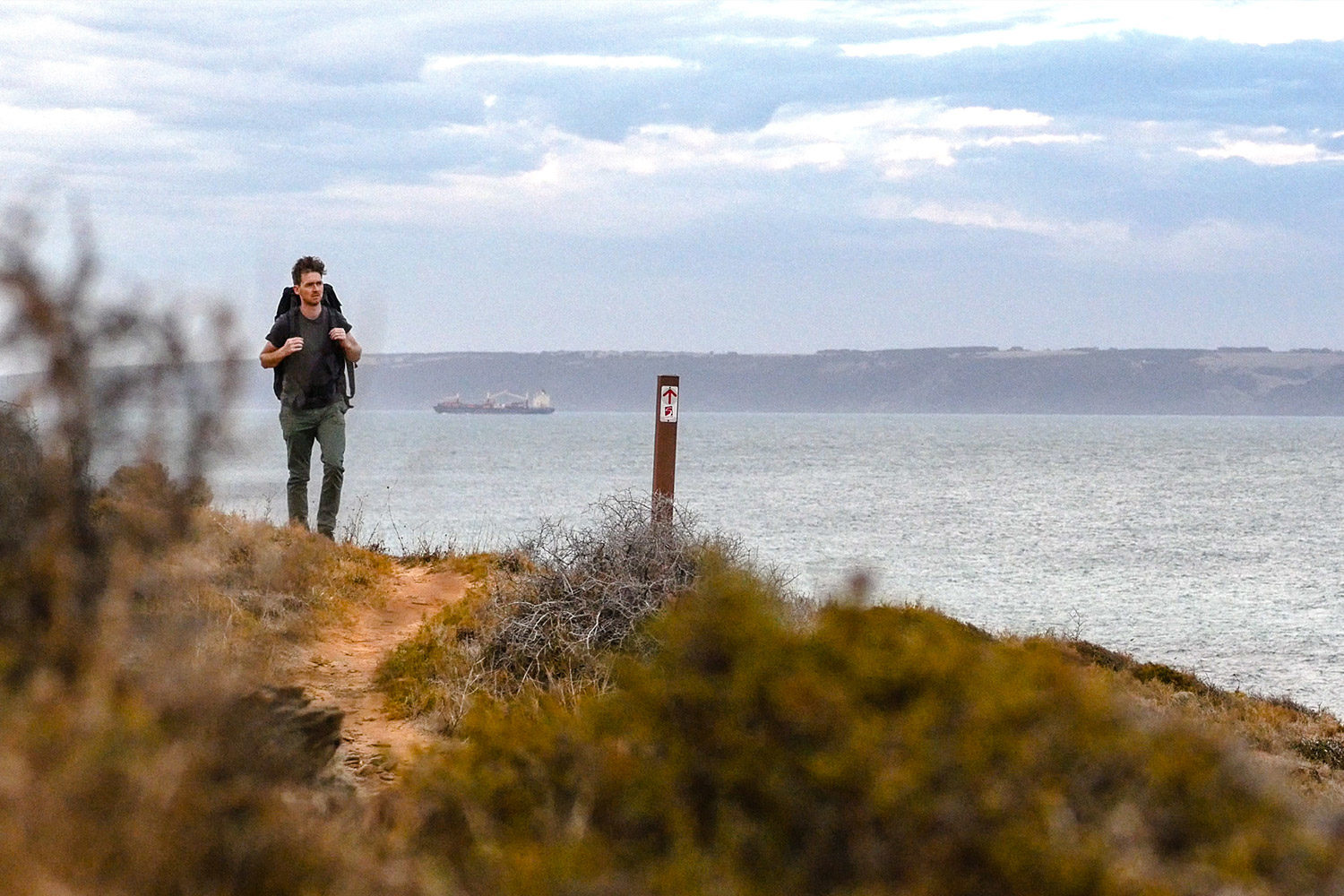 I grew up on a stretch of road between the vineyard-laden towns of Bethany and Tanunda in South Australia’s renowned Barossa Valley.

At the end of that street, I would pass a little red arrow affixed to a fence post, pointing me away from the valley floor and up into the distant Barossa Ranges. This mystery marker caused me perpetual confusion as nothing of any great interest lay within ‘walking distance’ of the intersection.

It wasn’t until an excursion to Hans Heysen’s family home ‘The Cedars’, and an explanation of his legacy, that I ultimately realised that I lived alongside one of Australia’s longest hiking tracks, the Heysen Trail. Since that day, the iconic route has filled me with curiosity and intrigue, and I’ve realised that anywhere worth seeing is within ‘walking distance’.

Fast-forward two decades and my life was about to change for the more nomadically inclined. After almost seven years locked away in an office, I had decided to up-and-leave my cushy 9-5 desk job as a studio-based designer, copywriter and photographer. It was time to start exploring. This early-life crisis uprooted me from the cosy comforts of home and spat me out into Australia’s boundless wide-open spaces.

Over the next year, I visited bustling cities, quaint rural towns and the country’s abundance of extraordinary natural marvels. However, despite all I’d experienced, one particularly long, sentimental journey remained; it was time to go home. After two decades of passive contemplation, an adventure along the Heysen Trail beckoned.

I began my journey from the northern trailhead on August 13, 2018, and didn’t look back — except to find where I left my hiking poles.

Recognised internationally as one of the world’s most exceptional long-distance hiking trails, the Heysen Trail remains the longest marked walking trail in Australia. Traditionally running from south to north, I reversed my hike, setting off from the rugged Parachilna Gorge Trailhead and finishing on the Southern Fleurieu coastline two months later.

For more information on the Trail’s history, maintenance, news, memberships and walking programmes check out The Friends of the Heysen Trail online. 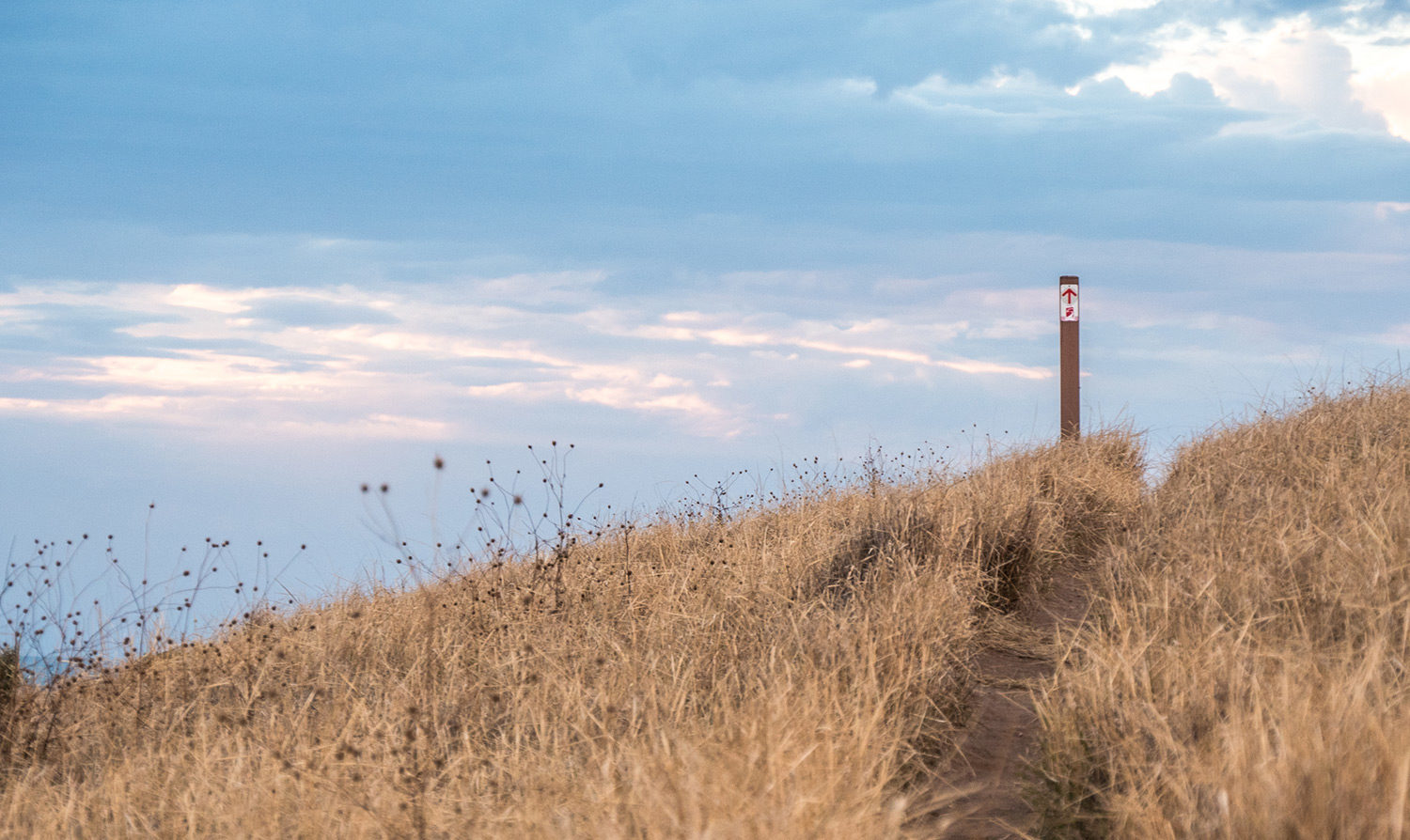 There is an infinity of landscape here, caused by the purity of the atmosphere.
Hans Heysen

The best time to hike the Heysen Trail

April/May to June/July. To make the most of the conditions, begin the Trail in the milder Autumn months of the south and arrive in the moderately temperate winter of the hotter mid-north. This direction helps hikers ease into their routine as the tracks are often flatter and easier to navigate than the northern end.

August/September to October/November. Departing from Parachilna Gorge near the end of winter gives the Trail’s rainwater tanks the best chance of filling before you arrive. On top of this, the sun is at your back, the weather is ideal and you will arrive in Adelaide’s Conservation Parks with spring’s wildflowers in bloom. 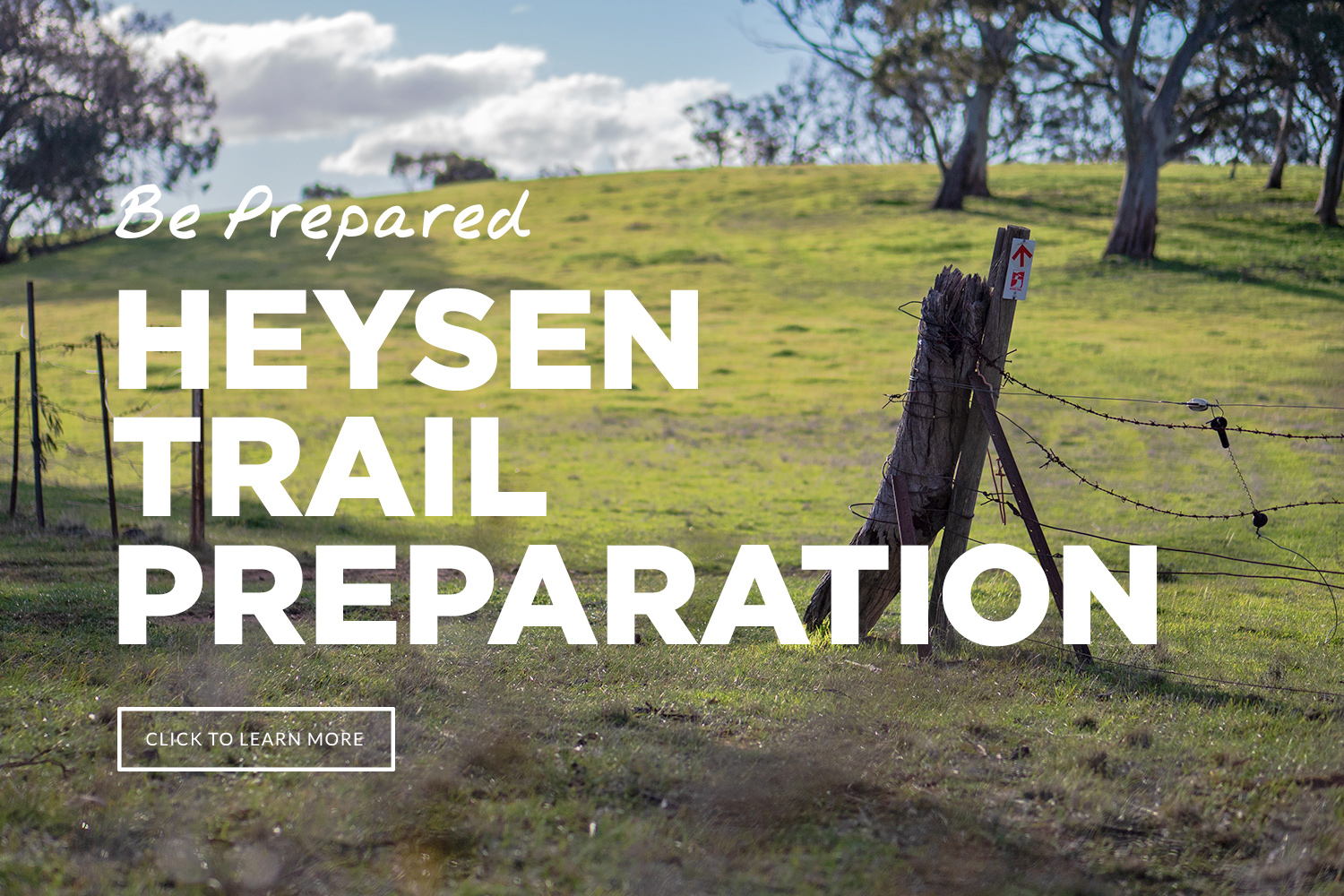 Why did I walk the Heysen Trail?

Apart from the obvious nostalgic reasons, there was one fundamental reason I wanted to push my limits on the Heysen Trail. I wanted to make my walk bigger than myself and give back to the wider community. So, it was with enormous pride that I raised funds for the Black Dog Institute and awareness for mental health issues while on my journey.

Completing the trek was easily my most demanding physical and mental challenge. However, I knew this isolated two-month battle was nothing compared to the struggles that people suffering from mental health issues go through every day. What I didn’t expect was the outpouring of, not only, support, but heart-wrenching accounts, from close mates and total strangers. The more I spoke to people, the more I discovered how widespread depression, anxiety and the many other forms of mental health issues affect everyday people around the world.

The Heysen Trail traverses some of South Australia’s most spectacular rural landscapes; many of which are situated in remote regions, far from major cities with their much-needed medical support. In 2018, Australia was in the middle of one of our driest winters on record. Apart from the obvious financial and environmental toll, the drought also has a mental and emotional impact on our country regions. There may be no better time to talk about mental health issues than right now. Increasing the support and awareness for mental health, particularly in rural communities, is essential to its wellbeing.