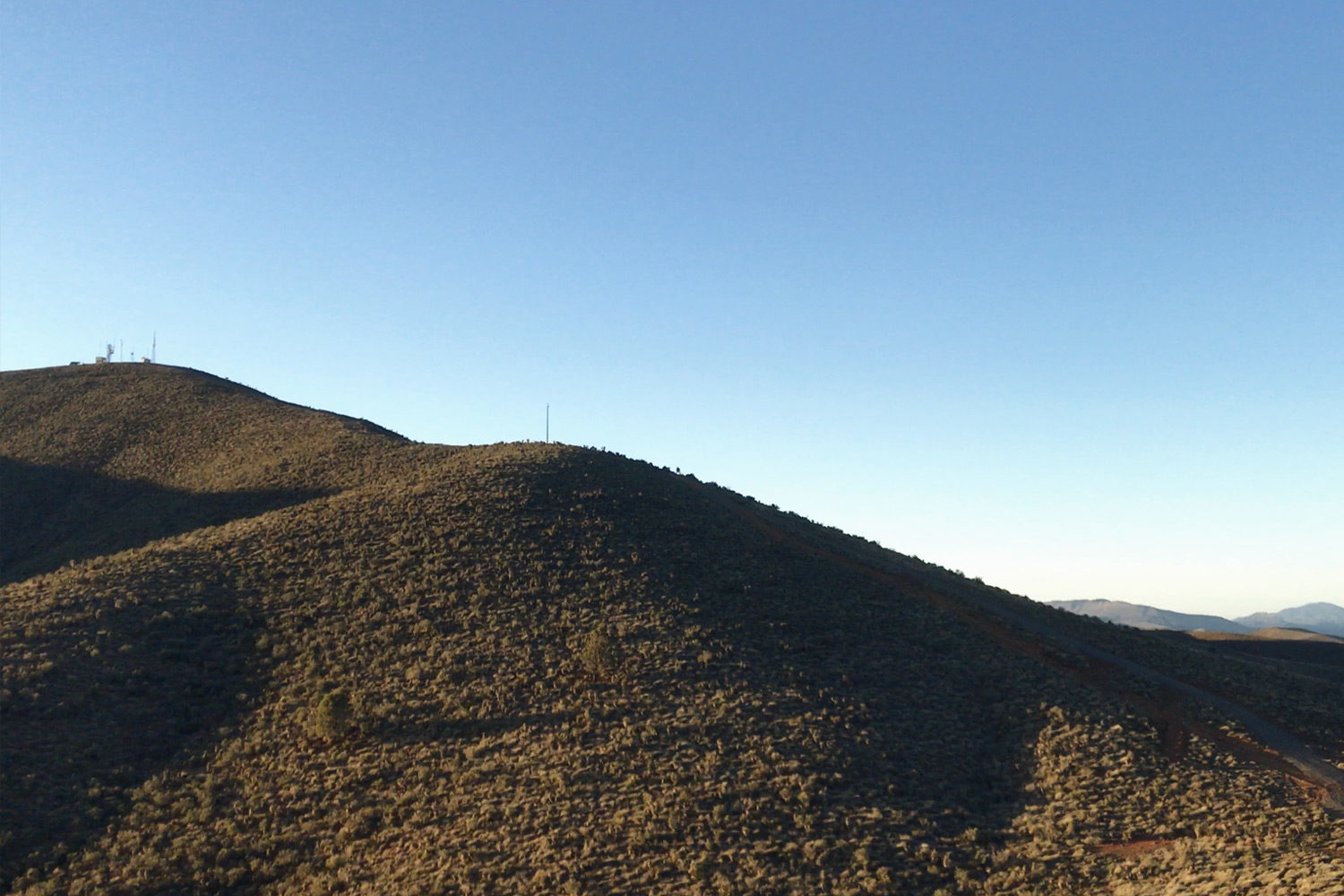 By now it shouldn’t have surprised me, but the quick-fire changes in scenery kept on coming. In fact, the dynamic stretch on Day 9 was the poster boy of diversity. Stony tracks, fence-lined paddocks, grassy brooks, arid ascents and rugged creek beds featured heavily on an epic journey to the Mt Arden summit.

After reaching camp after nightfall on an exhausting Day 8, my body desperately needed a rejuvenating sleep-in. I eventually rolled out of bed mid-morning the next day, gobbled some porridge, then clambered up the adjacent hill in search for ever-evasive phone reception. I knew I’d have several messages checking to see if I was still alive, so the extra energy expenditure was deemed necessary. Unbelievably, I discovered a few bars at the peak and went about answering all of the life-concerning queries that had stockpiled over the past few days. However, there was much more than just sufficient reception awaiting me at this height.

As I had arrived at the Buckaringa North Campsite in the dark, I couldn’t get an accurate gauge on my surroundings. The daylight view from the summit surpassed all of my expectations. Majestic semi-arid scenes covered the landscape, including a freeway of kangaroo families hopping about their morning routines. Each colony would follow the same track through the countryside, endeavouring to find the best patch of shade to lounge in all day—an indulgence I sadly couldn’t replicate. 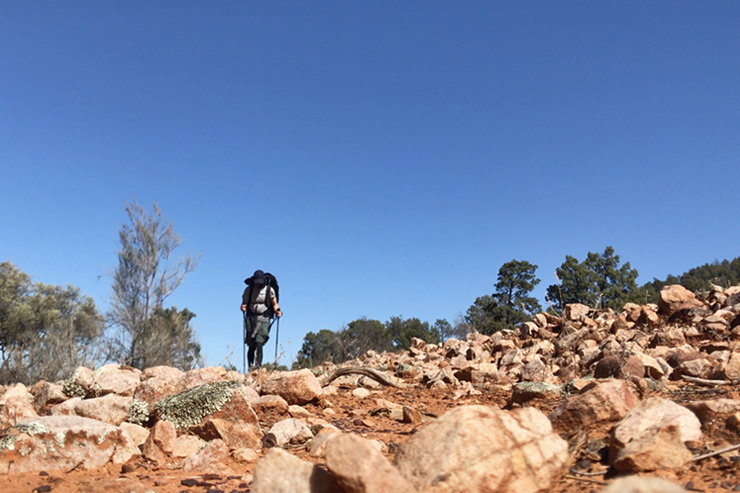 The first section of the day’s hike took a little time and a great deal of patience to navigate; ankle-twisting rocks, waiting to explode my joints, littered the mine-field track. Thankfully, my sturdy footwear acted as a type of moon boot, helping me avoid any serious twists.

From there, the landscape transformed every few kilometres. Harsh jagged rocks shifted to sun-baked sand, then into lush lawns, then smoothed creek pebbles, then rich earthy soil. The soles of my hiking boots experienced every terrain imaginable. 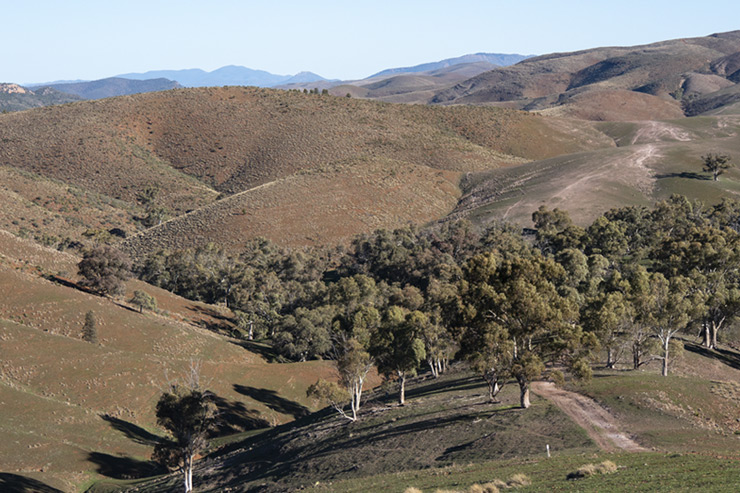 It wasn’t long before the trail soared skyward; slowly at first along Buckaringa Gorge, then it increased sharply through Yadlamalka Pastoral Station. By the time I reached the range that led toward Mt Arden, I had become half hiker/half cloud.

Mt Arden was named in 1802 by Matthew Flinders, after his great-grandmother.
Heysen Trail Map Sheet 7

The lofty hills that I had transversed earlier in the day soon resembled mosquito bites popping out of the earth’s skin; this elevation makes molehills out of mountains. Through the lens of my camera, I could recognise the ranges I had navigated back on Day 4 way off in the background. 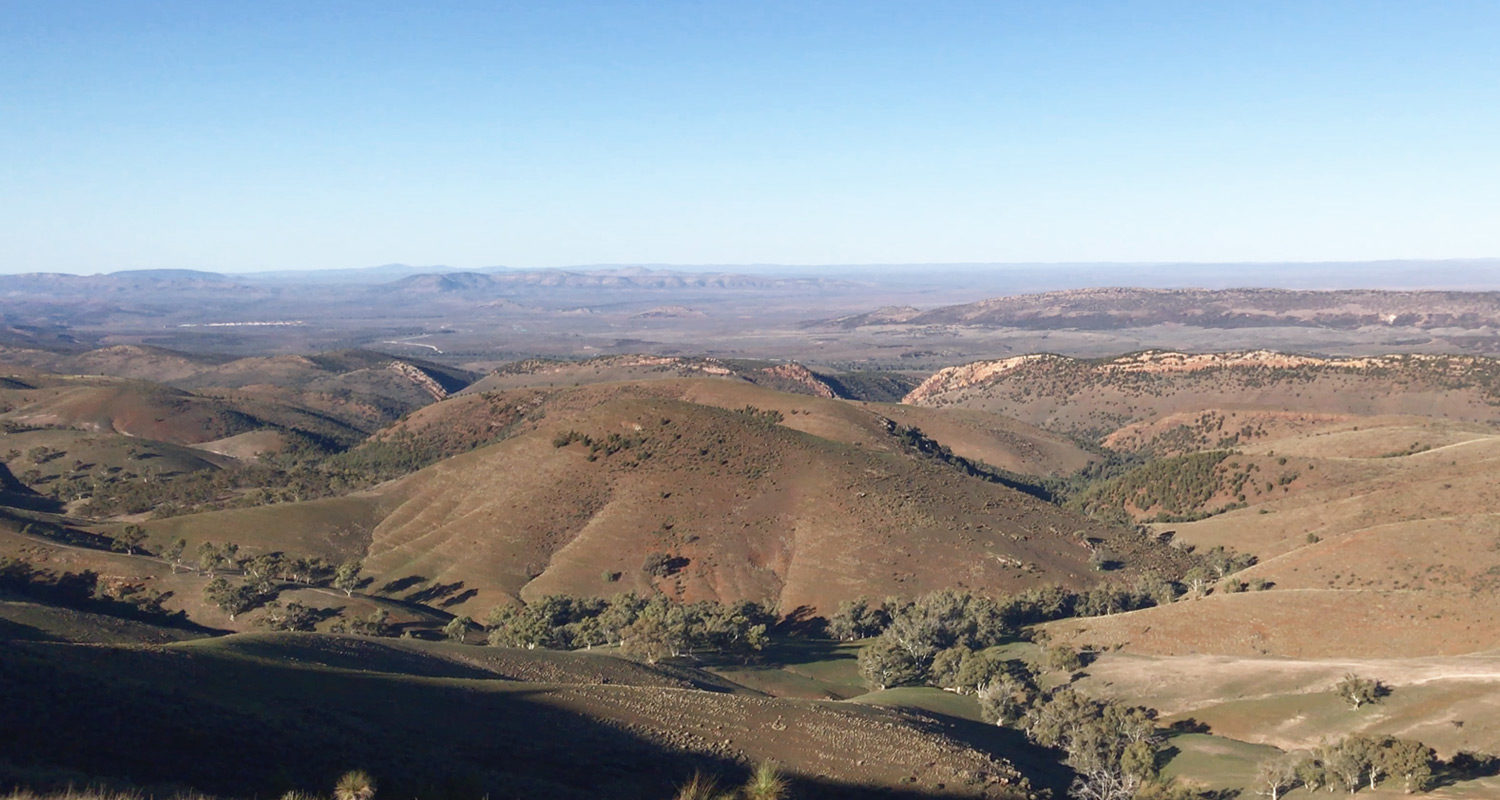 I finally reached the Mt Arden lookout as the sun slid below the line of the horizon. The temperature at this altitude dropped sharply as the light vanished and the wind strengthened. I barely noticed the difference at first; all of my senses were fixed on the disappearing fiery orb off in the distance. I could chalk up yet another stunning golden sunset for the Heysen Trail, although it might be my last one for a while; the radar looked ominous for Day 10. 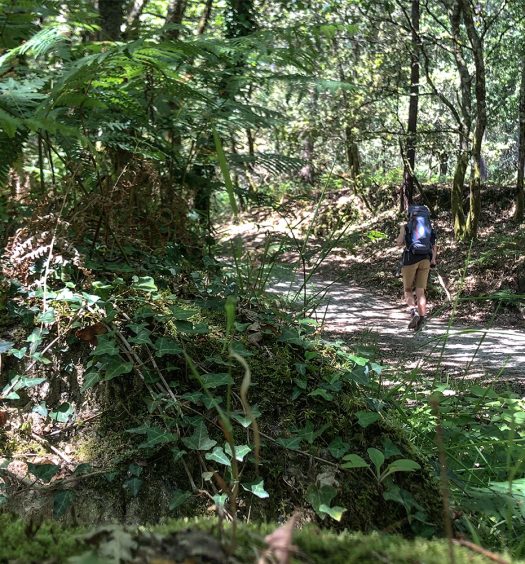 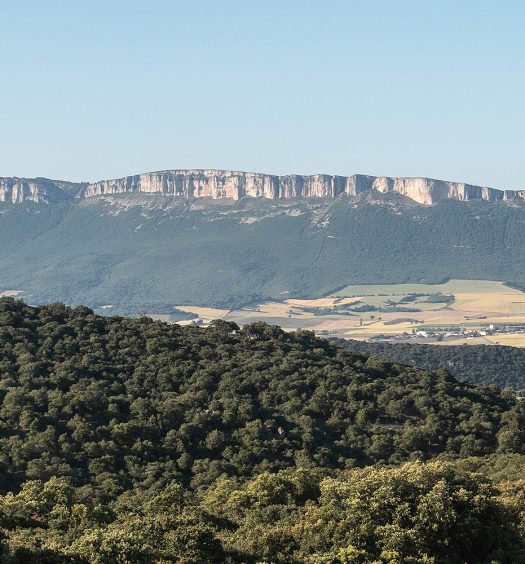