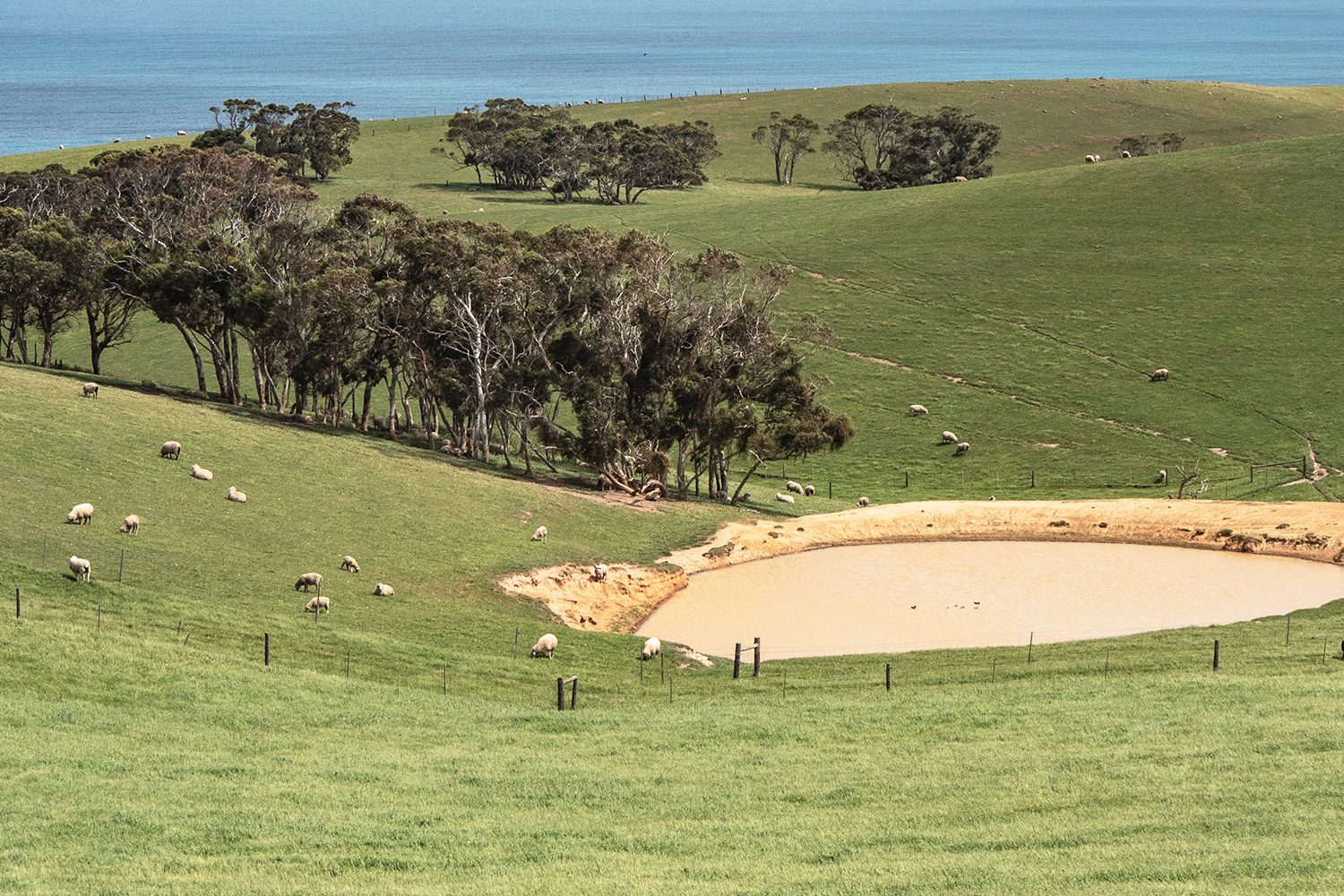 One final twist in the tale.

Fatigue, trauma and physical injury often add to an emotional state that makes it seem impossible to ‘keep going’. Although, a problem is usually just that—a one-off emotion from a solitary situation. It’s important to take a moment to return to a neutral mindset, examine the possibilities, then determine how to proceed. On Day 57, I was faced with the very real decision to take the easy (some might say sensible) way out or bravely (others might say foolheartedly) battle on.

My morning routine was anything but straightforward—I battled a plague of passing bees, a vicious downpour and the insufferable mugginess of the resulting dense humidity. By the time I had finished packing my rucksack, I was ready to head back to bed. Alas, I had 17.28 kilometres of South Australia’s pristine coastline to navigate before I could again roll out my sleeping mat.

I stepped out of Balquhidder Campground and returned to the now sun-lit track that I’d followed through the dark on Day 56. I hadn’t realised how green the landscape had turned overnight. The flourishing hills from the past week had returned, and they’d joined a glistening blue backdrop and a cacophony of grazing sheep. This unique hybrid of spring’s natural ingredients was as iconic as it was refreshing.

Spring on the Southern Fleurieu Peninsula brings life to our grasslands, with the rolling hills of the interior covered in a continuous green, in some areas reminiscent of Cornwall, UK.
fleurieupeninsula.com.au

The trail soon deviated from the service road and swerved through the undulating pastures I’d ogled from distance. With an untroubled head and an undisturbed view, I made quick progress through the rippling terrain. I spun around corners and veritably vaulted over fences without a care in the world; that was until that world came crumbling down. 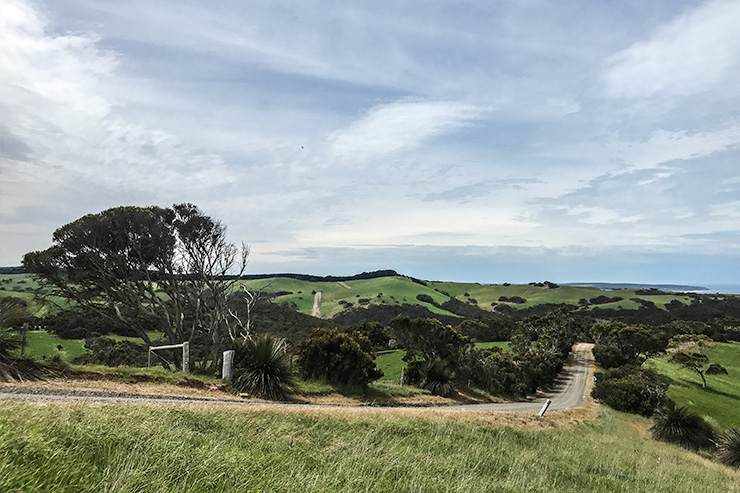 The hilly road to Tapanappa Campground.

After a minute of intense screaming, 3 minutes of breathy groans and 5 minutes of uncontrollable writhing, the excruciating pain finally subsided. It took another 20 minutes of strained anxiety before I gathered the courage to shimmy the boot off my ballooned joint. The pain instantly tripled. I was in trouble.

Other than a mob of depressingly unconcerned sheep, I was alone, stranded in a remote paddock without a sniff of phone reception. My options were limited—either signal the emergency services on my PLB (and consequently end my journey) or battle on with a badly sprained ankle. I had to try to finish—imagine walking all this way and packing it in 35 kilometres short of the finish line.

I wrapped my sweat-drenched bandana around my bloated foot and gingerly slipped it back into my boot. I rose slowly and steadily increased my bearing load. Eventually, I hoisted my bag over my shoulders and painfully hobbled along the path’s weathered fences.

To add insult to injury, the steepest gradient of the trail, straddling the abrupt bluff overlooking Tunkalilla Beach, was just around the corner. There were some almighty steady steps descending the perilous slope, but at least I wasn’t trying to climb to the top—it can always be worse. 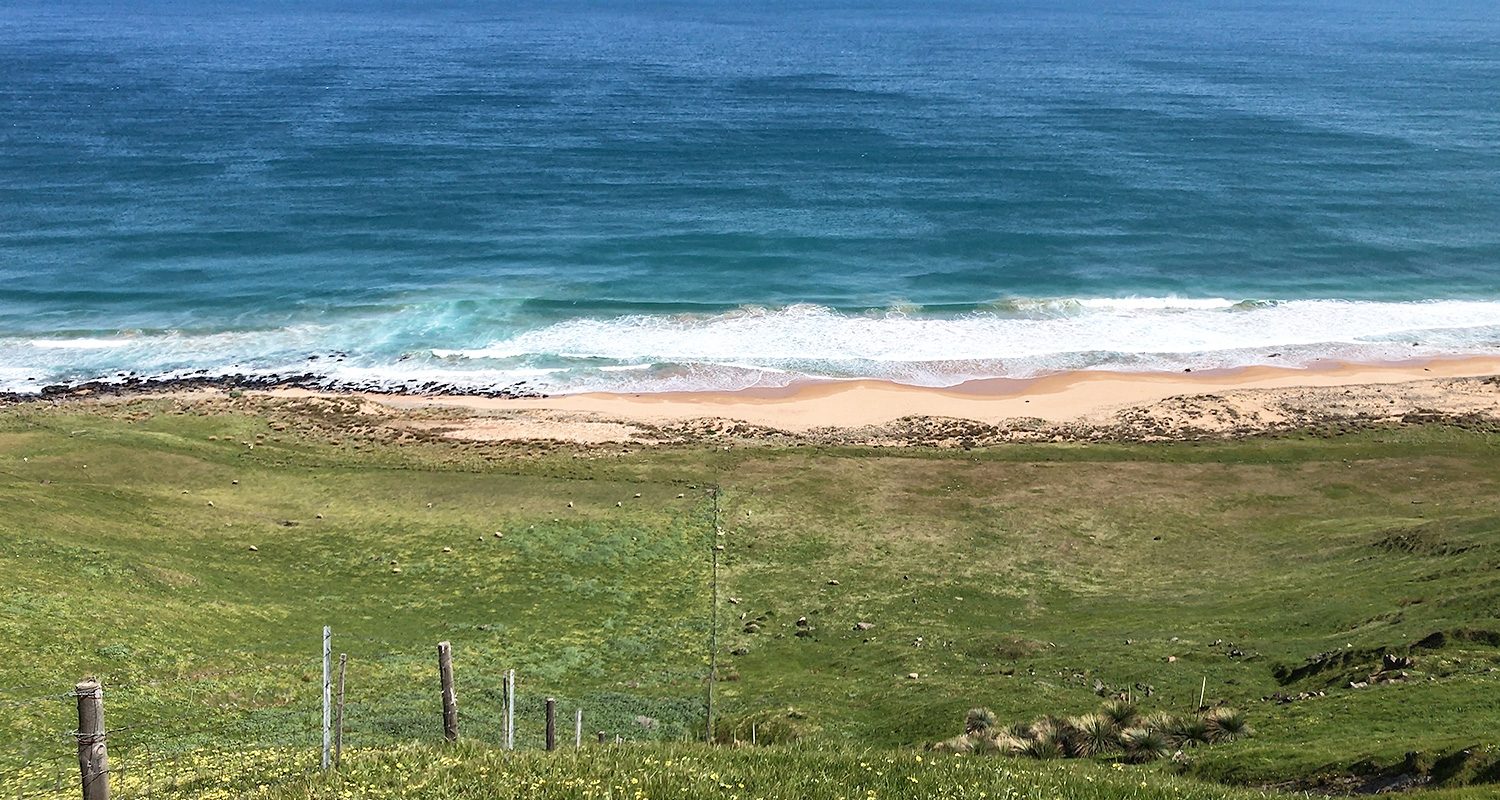 My pace slowed to a relative crawl (in fact, an actual crawl may have been faster). Thankfully, the compacted sand on the deserted beach made the uncomfortable journey fractionally easier. Nevertheless, my lurching figure must have resembled the horrifying lovechild of Gollum and Quasimodo suffering an acute bout of constipation. 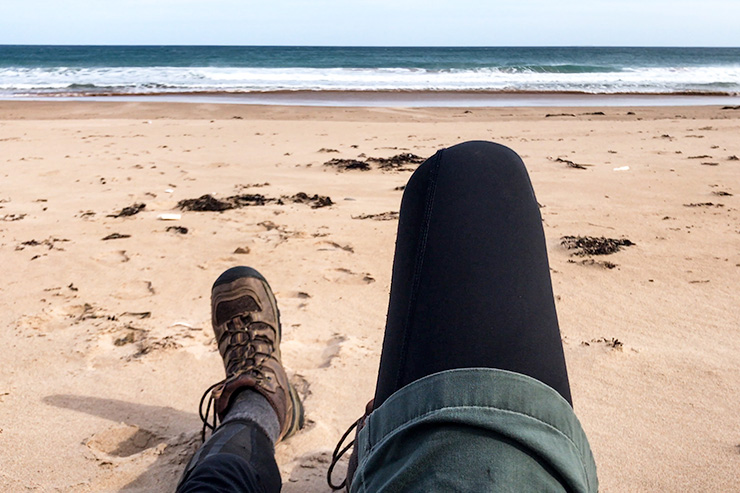 A much-needed break on Tunkalilla Beach.

Threatening clouds and biting winds had developed as I entered the south-eastern edge of the 4,496-hectare Deep Creek Conservation Park. This oceanfront reserve was advertised as one of the most scenic environments along the Heysen Trail, although, it would likely go underappreciated amidst the incoming storm and agonising steps on Day 58. From what I could see on my limited radar imagery, the drab change was here to stay. 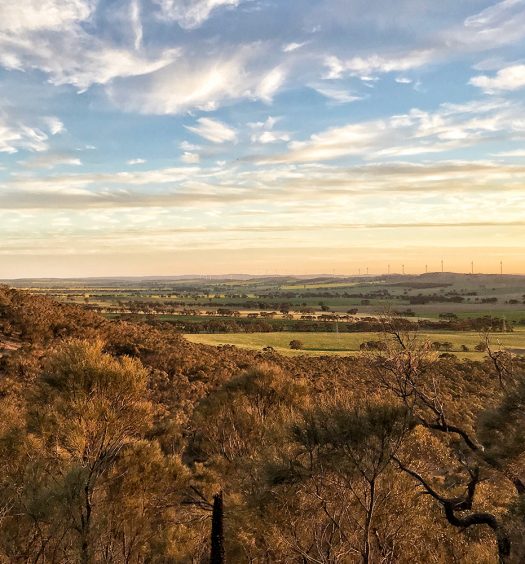 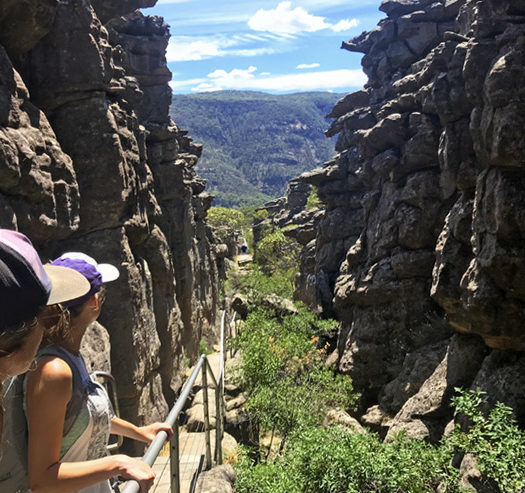 Read More
9 months of full-time travel, what have I spent?
Submit a Comment