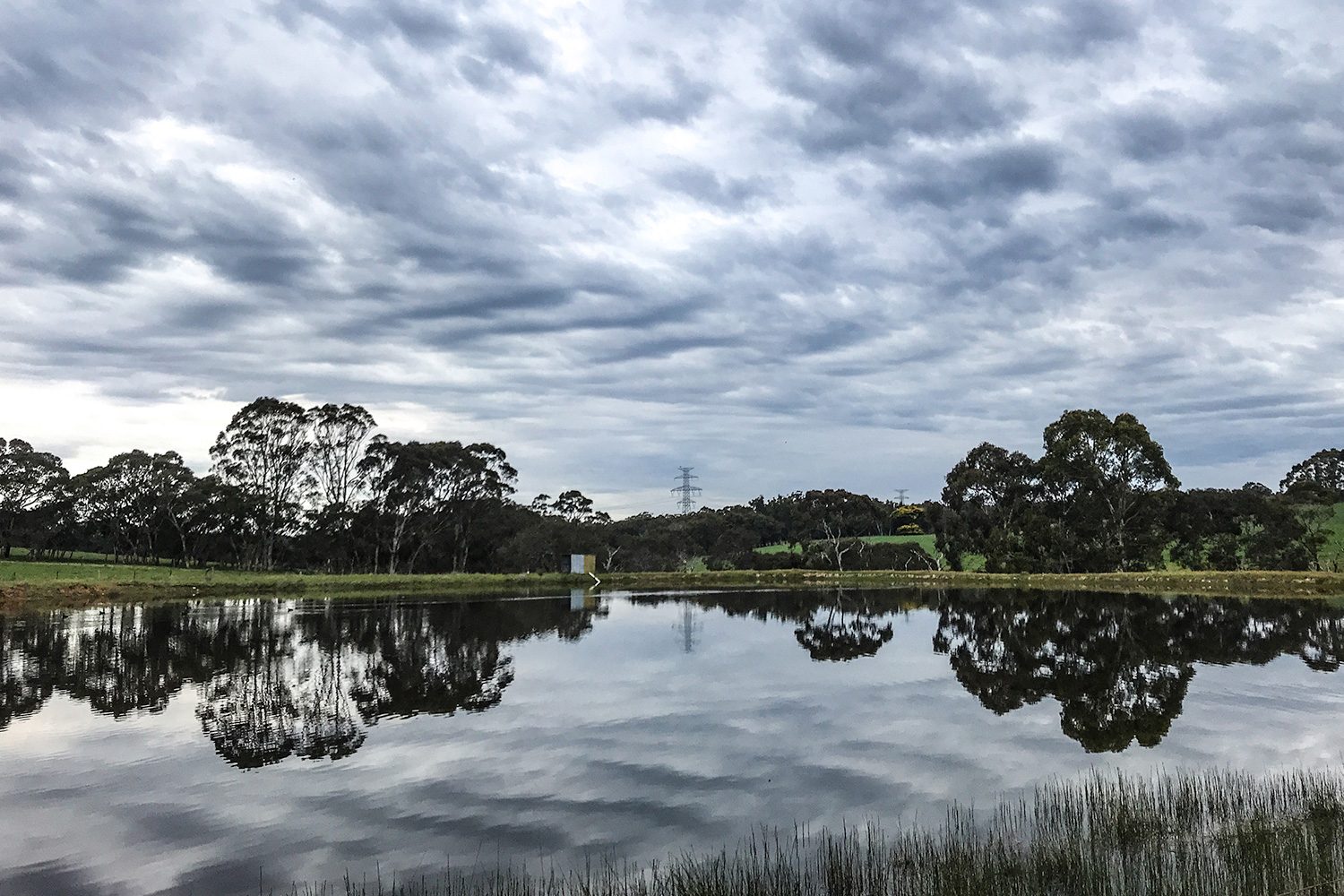 It's always darkest before the dawn.

Difficult situations inevitably arise in everyday life. Everybody, at one time or another, will suffer moments of injustice, heartache or tragedy. However, your attitude determines whether or not a situation is considered to be negative or positive. Only you are in control of how you think, feel and act. Day 50 was a perfect example of how proactive thoughts produce positive results. I began the morning with a slither of reinforced optimism and finished the day relishing a fat slab of appreciation and understanding.

I stared blankly at the tent ceiling, watching the taut red canvas gradually lighten as the morning sun stirred outside. I, however, had laid awake for several hours shuffling uncomfortably amongst my makeshift bed. The itchy woollen blankets and lop-sided yoga mats, that were hastily gathered by the Woodhouse staff the night before, did little to help my sudden insomnia.

It still hadn’t registered that my sleeping bag and inflatable mat were stolen from within the walls I’d called home for the last eight weeks. I was in delayed shock. The giddy hit of nature-fueled endorphins I’d experienced on Day 49 had evaporated and I was left to solemnly contemplate my next move. For the first time on my journey, I had doubts about finishing the trail. After months of warmth and generosity, my luck had seemingly run dry.

I mellowed in a withdrawn silence for another hour before my mind finally turned a corner. Of course, I would complete the trail. By hook or by crook, I would see it through. I sent out a handful of SOS messages and packed my remaining gear. 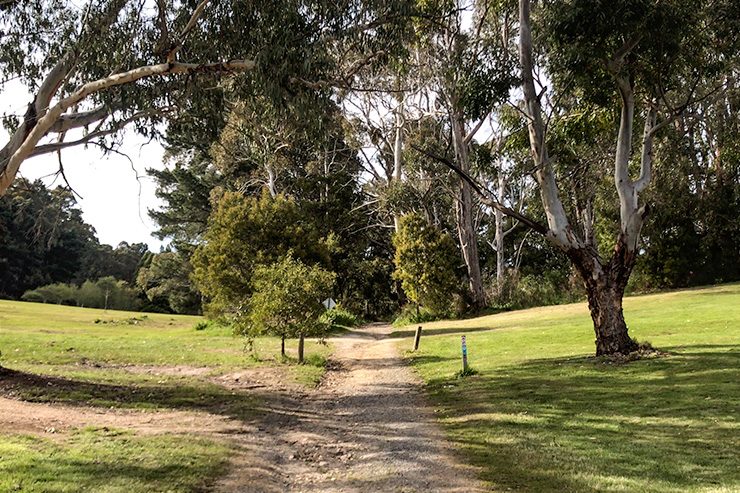 I was still finding the right headspace through the Stirling Golf Club.

At every tough juncture along the trail, I tried to salvage three positives from the mess—no matter how obscure the points. This constant constructive reconditioning had worked so far,—no point in stopping now.

OK, number one positive for having my equipment stolen: my bag would be significantly lighter during the walk. It was small, but it was a start.

Number two: Whoever burgled my belongings left over $4,000 worth of technology. It’s an ironed-on miracle that all of my expensive camera gear remained untouched. Perhaps the act wasn’t as malicious as first thought. Leading me to think…

Number three: Maybe they needed the equipment more than I did. I am extremely fortunate to be surrounded by a supportive community of family and peers—this person may not have been afforded the same opportunity. 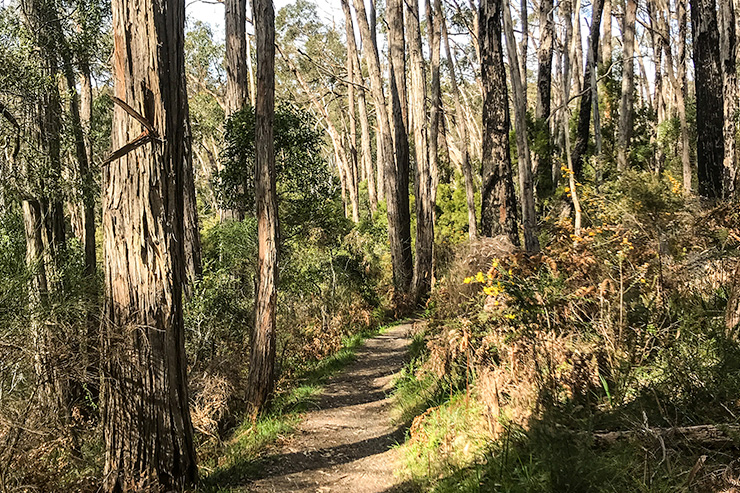 My phone hummed. An Adelaide native named Graham, who I knew via Instagram, had responded to my cry for help. He was also a reformed white-collar worker who had found his hiking legs and, somewhat conveniently, just finished his own thru-hike on the Heysen Trail. Without hesitation, he generously volunteered his camping equipment. He offered to deliver his gear, plus a hearty dinner, to Rocky Creek Hut Campground later that evening—an incredibly selfless act for a complete stranger.

Then a second message buzzed through. An old school friend, who I hadn’t seen for a decade, had invited me to lunch with her lovely family in the upcoming community of Bridgewater. Yet another big-hearted gesture that completely restored my faith in humanity.

Bridgewater is an quaint village with a distinctly English ambience (particularly in autumn and spring), which is famous for its striking Bridgewater Mill.
aussietowns.com.au

I rolled into town with an entirely different outlook to the one that had squinted numbly at my tent roof earlier that morning. My eyes were now wide open. I soon arrived at the Bridgewater Laundrette and began piling my dirty clothes into the washing machine. It had been a week since my last laundry session and I could hardly socialise with my clothes smeared in grime. After a few minutes, a lady picked me out from across the room. “I know a long distance hiker when I see one.” She began. “It must be washing day. Oh, how I know the feeling.” My ramshackle appearance was an obvious giveaway.

Her name was Janet and she had trekked ultra long distances all over the world. What a crazy coincidence! On top of her meandering hikes, she also chaired the Australian Friends of the Camino, an organisation set up to promote the various continental pilgrimages to Santiago de Compostela in Spain. Her extraordinary adventures made my Heysen Trail struggle look like a Sunday stroll. Perspective is everything.

With a fresh set of clothes and an even fresher set of eyes, I set out on the short walk to my lunchtime destination. My mate Holly, her husband Ben and their two energetic boys were awaiting me with a spread of scrumptious sandwich fillings. Despite having not seen each other since high school, we picked up right where we left off. We talked about ‘the old days’, mutual acquaintances and our polar opposite life paths. Her growing family were full of close-knit togetherness and unbridled energy; I was an exhausted, scruffy solo hiker with all the freedom in the world. Another perspective to ponder—my brain was going to hurt by day’s end. 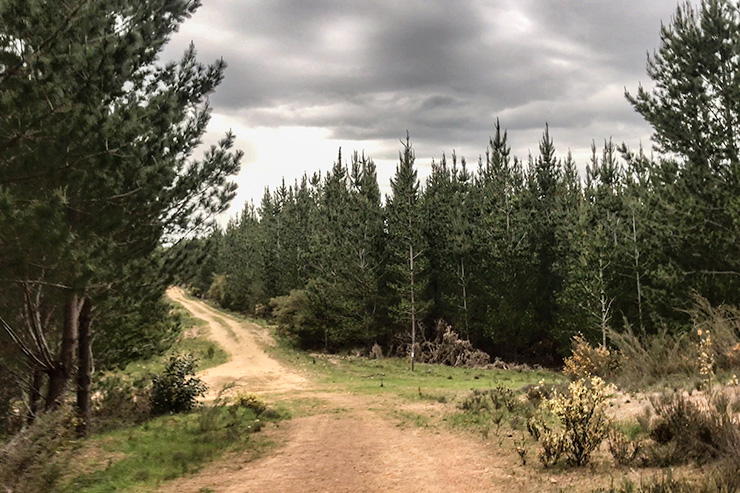 The remaining 20+ kilometres flew by surprisingly quickly, fueled by a healthy dose of positive reflection. I arrived in the fading light of the Rocky Creek Hut Campground with one final friendly encounter in store. My trail  god Graham greeted me with a beaming smile, an armful of hiking gear and a plastic bag leaking the unmistakable aroma of pizza and Chinese takeaway. I could have kissed him.

We chatted about Adelaide, the Heysen Trail, international travel and the circumstances that had led us both to this point in our lives. Despite the Rocky Creek rendezvous being our first meeting, we clicked instantly. Long-distance hikers must have a special connection—we know the pain, torment and perpetual payment for life as a nomad. The reserve was pitch black by the time I waved Graham goodbye and crept into my toasty new sleeping bag.

What a diverse day, what a rapid turnaround. Within the space of ten hours, my headspace had performed a 180-degree pirouette. My ‘three ghosts of hiking past, present and future’ had helped me see the light and I was now prepared to tackle Day 51 and the rest of the Heysen Trail. 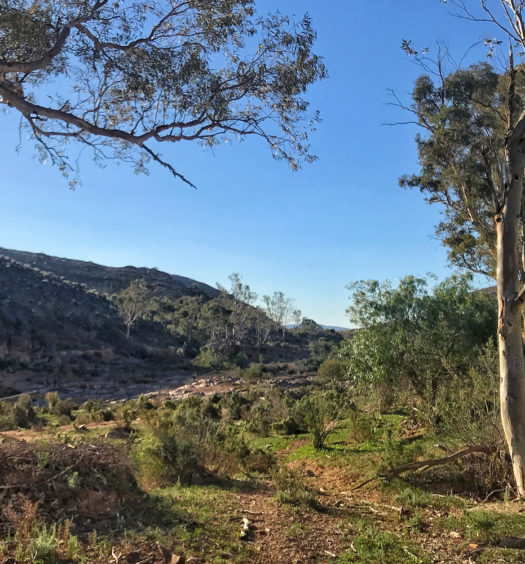 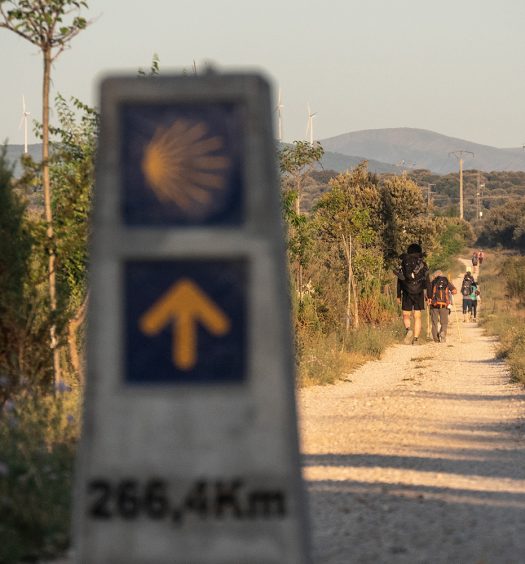