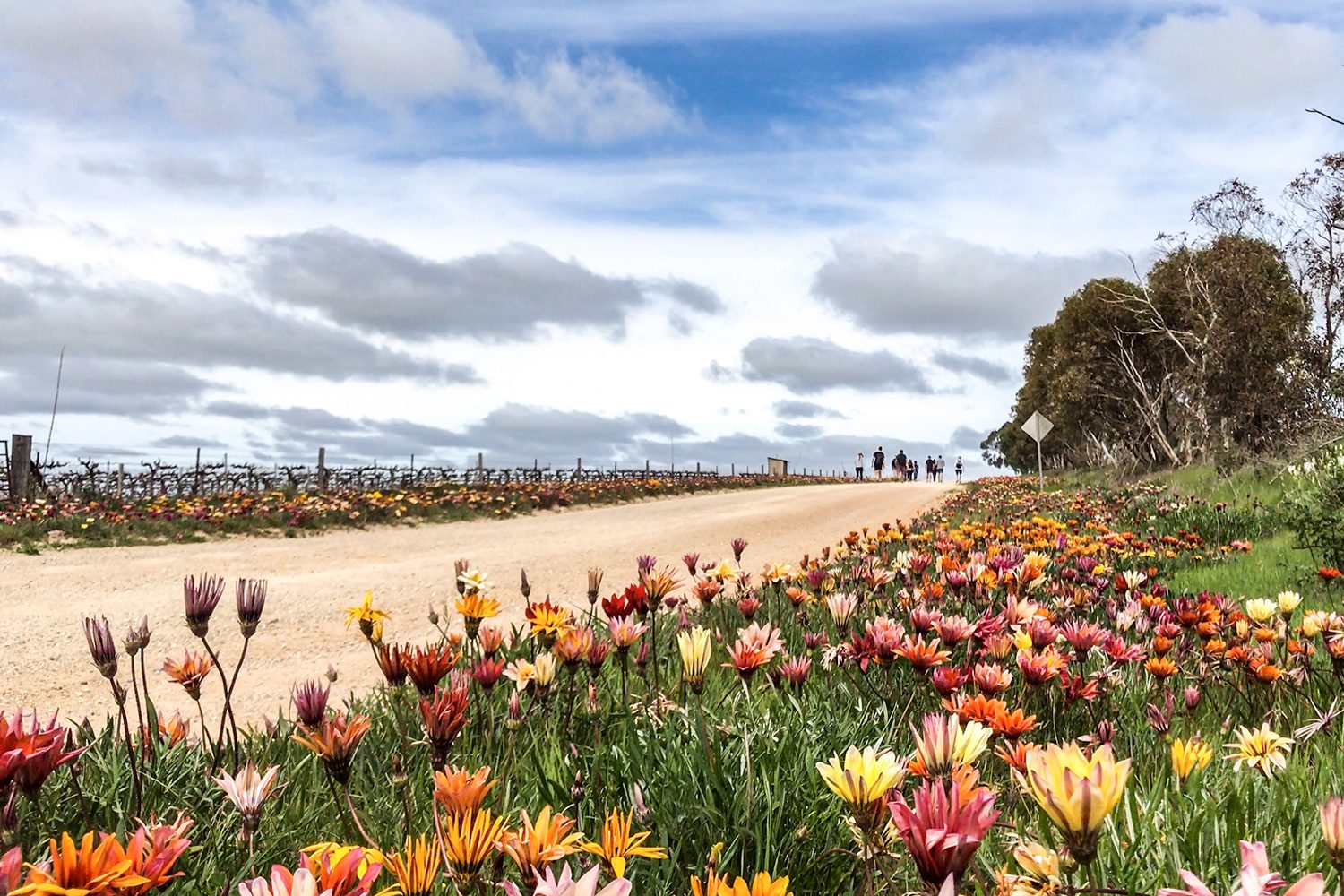 One of the most enjoyable, nostalgic, rewarding and exhausting days of my life.

On numerous occasions before commencing the Heysen Trail, several different parties had expressed an interest to join me on my journey. While I was enthusiastic for the company, calculating my whereabouts on any given day proved to be troublesome. So, organising individual rendezvous with rag-tag bands of fellow hikers would be near-impossible. Day 42 was my inventive compromise. The stretch from Greenock to Tanunda combined much-needed companionship, charitable fundraising and a feast for both the eyes and the stomach.

After months of preparation, the day had finally arrived. The hike through the heart of the Barossa Valley was much more than just another leg of the trail. Not only would I return to my boyhood home and sleep in my own bed, but I would be accompanied by great mates, close family and several amazing couples who had followed my progress on social media. Attendees would enjoy a bus transfer to Greenock, an egg and bacon roll for breakfast, a hearty slice of chilli lasagne for lunch and a victory beer to toast the day in Tanunda.

The Barossa Valley is an internationally-acclaimed wine region encompassing the towns of Angaston, Nuriootpa and Tanunda. The region contains over 80 cellar doors, which include some of the most awarded wines in the world.
southaustralia.com

27 budding long-distance hikers had signed up for a relatively mild 14-kilometre community hike; however, due to a miscalculation on Day 41, 6 extra kilometres were consequently added to the day’s itinerary. I wracked my brain for plausible explanations as I tracked back down the hill and through the dew-drenched barley toward the roadside meeting point.

As a fleet of familiar faces piled out of the bus, I instantly forgot about the miscalculated distance and began embracing my nearest and dearest. Before long, we were all back on top of the range and enjoying the sweeping pastoral views while attempting to keep bacon juices from trickling down our sleeves.

With our bellies full and our energy levels peaking (thanks to the coffee urn my amazing parents had dutifully lugged up the hill) we set off through the Greenock scrub.

The group promptly spread themselves along the route of the trail, pacing themselves according to their fitness levels. I tried my best to work up and down the various rambling walkers to ensure everybody was relishing the challenge. Through the resulting conversations, I, somewhat belatedly, recognised one seemingly oblivious truth: my current lifestyle wasn’t common. Each interaction was underpinned by a sense of bewilderment and intrigue. It had taken me until now to appreciate the extreme uniqueness of my adventure;—a pretty obvious fact when I stopped to think about it. I had walked for so long, alone in my own headspace, that my brain had normalised the entire nomadic experience. 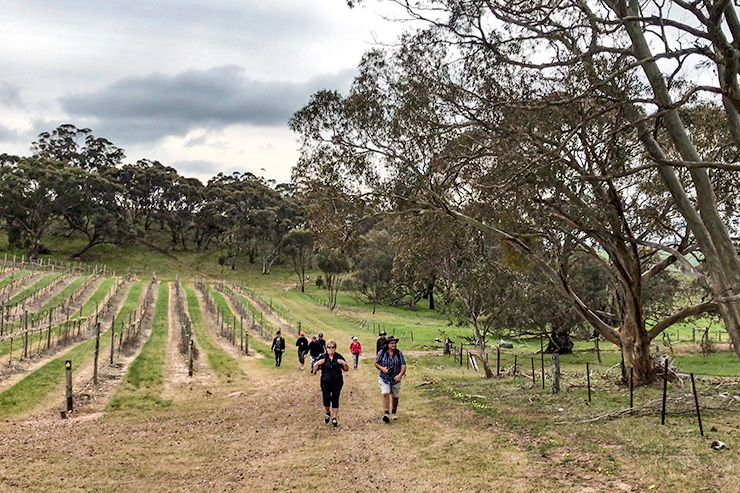 Various clusters of hungry hikers dribbled into the lunchtime stop at the charming Whistler Winery, each eager for a glass of South Australia’s finest. While the wine was savoured by all, the sumptuous servings of lasagne supplied by the gifted Wiech’s Barossa Valley Egg Noodles brought the highest praise.

The final leg into Tanunda, after a deliciously boozy meal, took superhuman levels of motivation and concentration, but, I was never worried; my little hiking community were up for the task. In fact, group numbers swelled to 35 for the trek to the Valley Hotel with several locals joining from the cellar door. 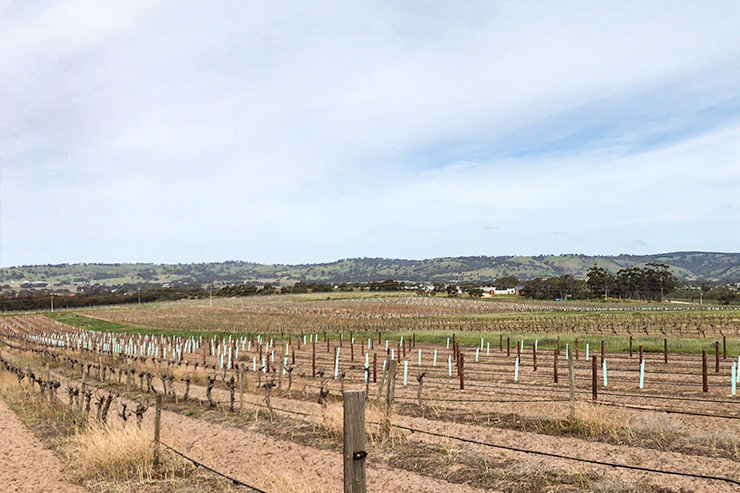 After completing the remainder of the walk, downing a couple of beers and presenting an ill-prepared thankyou speech, my tired eyes began to wearily close. The time had only just ticked past 5 pm, but my mind was already asleep. I could barely form the words I needed to create a complete sentence, let alone string them together in the right order.

Interestingly, it wasn’t the day’s extended distance that caused my exhaustion, but instead, the 50,000 words I had crammed into the last eight hours. I was no longer familiar with the ‘rigours’ of casual conversation, and the 5-words-a-day I’d averaged over the last 7 weeks were not cutting it with this crowd. As a result, my head was drained of any sensical thought.

When I eventually arrived home, I spat out a daily video diary and collapsed in a heap. I had never felt so simultaneously exhausted and rewarded in my life. After months of organising, weeks of walking and days of obsessively watching the weather forecast, the event went off without a hitch. I couldn’t have been happier, but I was equally thankful I didn’t have to walk or talk unnecessarily on Day 43. 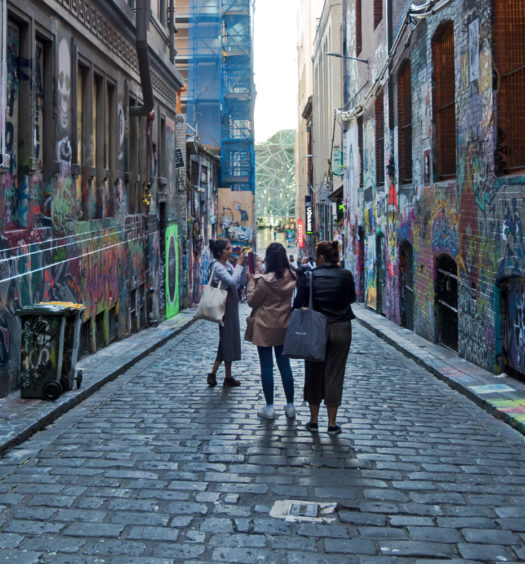