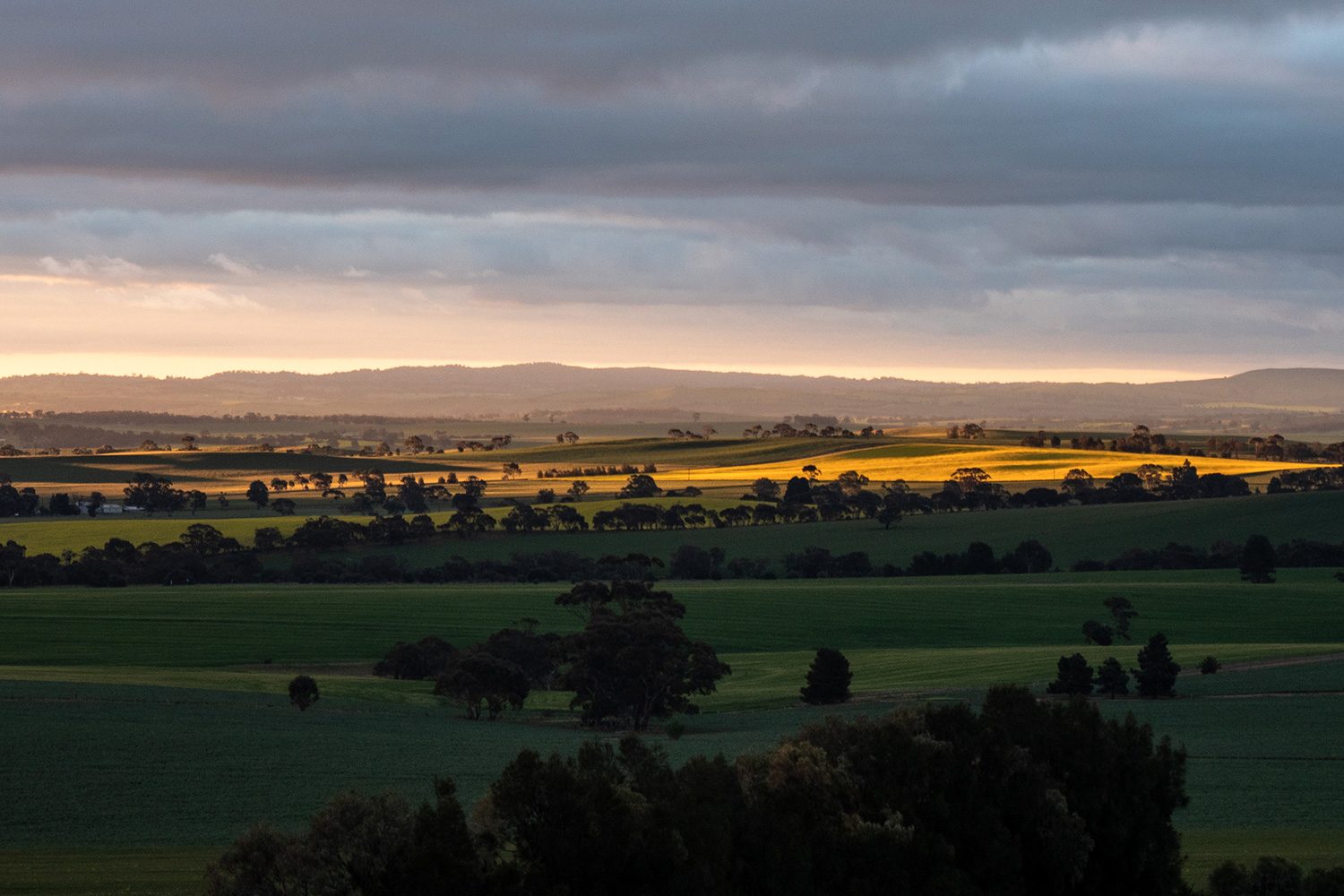 A reminder to always prepare.

Benjamin Franklin once stated ‘an ounce of prevention is worth a pound of cure’. As an American, it’s no surprise his proverbs haven’t been updated to the metric system, but nevertheless, his sentiments still smack of truth. In my eagerness to fly through a short Day 39, I skipped my morning stretches and set out on the paltry 10.46-kilometre route. When I arrived at Marschalls Hut in the late afternoon, everything had fallen apart.

I awoke feeling rejuvenated after showering and devouring the best chicken parmigiana schnitzel of the trail on Day 38. My day’s task was short, sharp and stress-free. The topsy-turvy weather from the past two weeks had eased, leaving overcast skies and a gentle breeze—idyllic conditions for a speedy hike.

While the path between Marrabel and Marschalls Hut may have been straightforward, the subsequent leg to Kapunda was not. In fact, the farm-filled countryside between these two designated accommodation spots was the longest of the Heysen Trail at 35.32 kilometres. I wanted a quick, easy Day 39 to prepare. 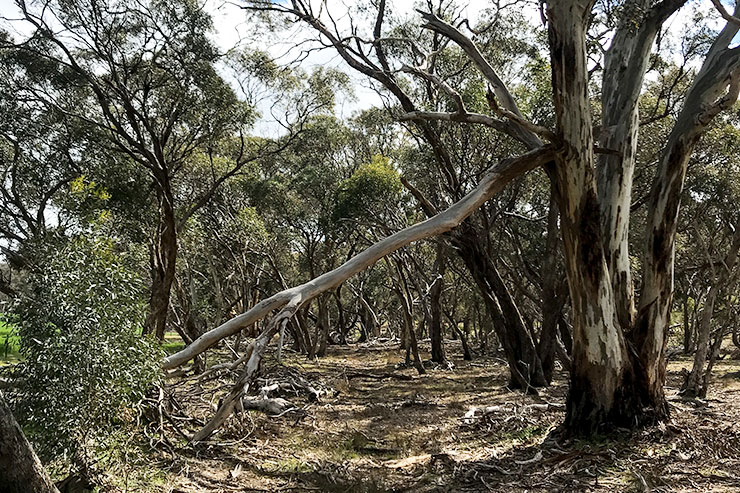 A beautiful nature reserve led the way to Marschalls Hut.

The region’s familiar grassy paddocks and tree-filled reserves followed the trail until it soared up Belvidere Range. Halfway up the slope, my hamstrings tightened. Soon, my calves began to buckle. By the time I reached the top, the entire lower half of my body had deteriorated. No amount of acute stretching would relieve the pain. Fortunately, my homely hut for the night promptly appeared on a hillside overlooking the picturesque farmlands of Gilbert Valley.

Originally built in the mid 1850s, Marschalls Hut was occupied by Christian and Elise Marschall and their eight childen.
Friends of the Heysen Trail

I hobbled up and down the slope collecting firewood and admiring the far-reaching view. The sun had begun to set and the clouds were trying their best to part. Sharp beams of light pierced the sky and selectively illuminated the lumpy landscape. I staggered back to the hut, found my camera and happily snapped the muted sunset.

Layers of land and light.

I idled for some time, waiting for a grand gleaming finale, however, the clouds soon consolidated and the weather cooled. I scurried back inside to start a roaring fire and cook my dinner. With the fireplace ablaze and my red lentil dahl on the boil, I went about preparing my bed.

After several minutes of shuffling through my bag in search of my elusive inflatable pillow, I noticed the hut’s chiselled stone walls were radiating red. I spun around expecting to see flames engulfing the dining table and chairs, but the crimson glow was shining from outside. I peered curiously through the window—the horizon’s light show had begun. 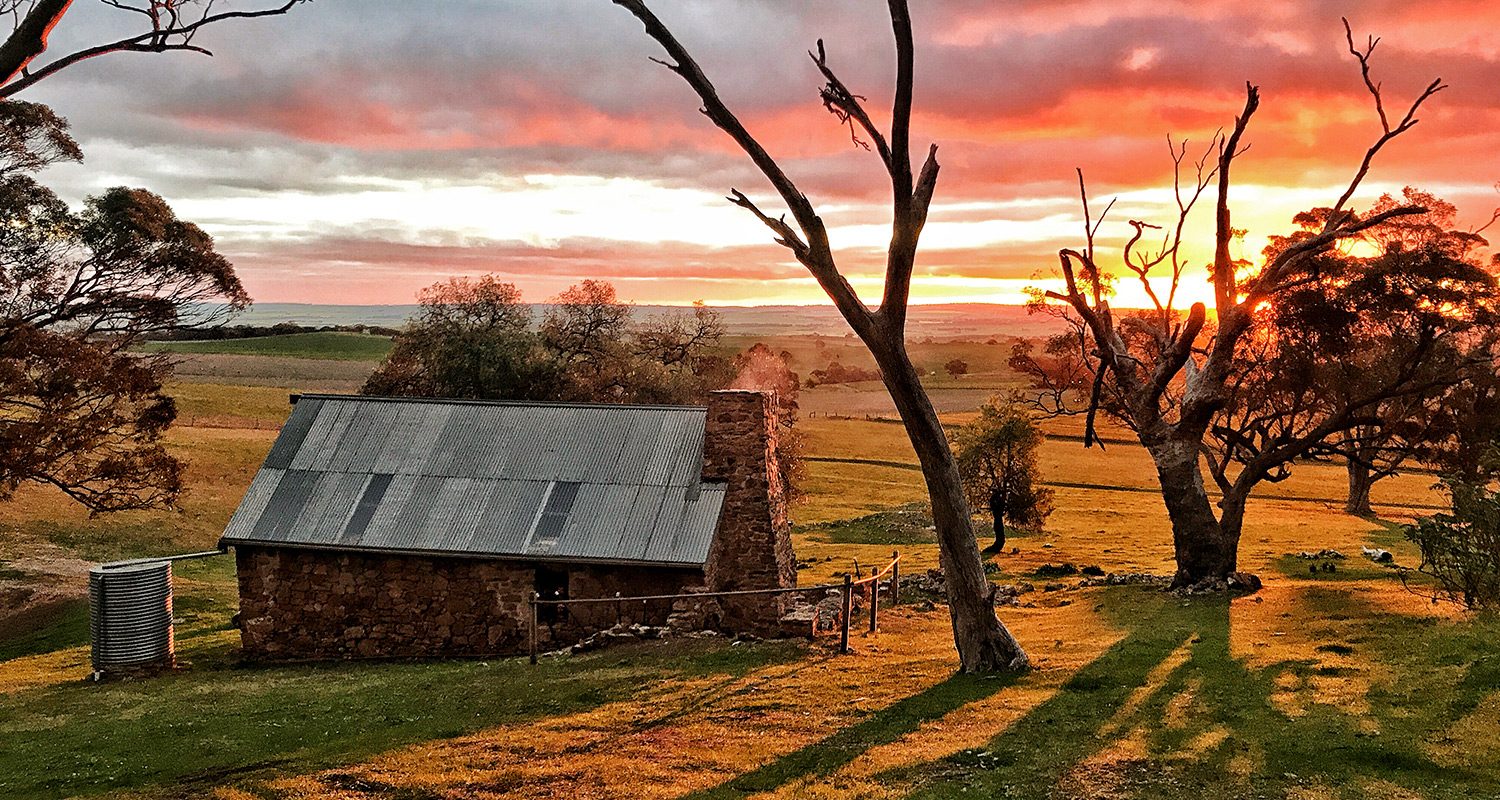 Yet another unimaginable sunset to offset the wears and tears of long-distance hiking life. Much like the rest of the trail, my body ached when I eventually slid into bed, but my spirit could not have been healthier. After 20 minutes of agonising stretches, my head hit the pillow and I quickly fell asleep. I’d need all the rest I could get before Day 40’s extensive haul into Kapunda.