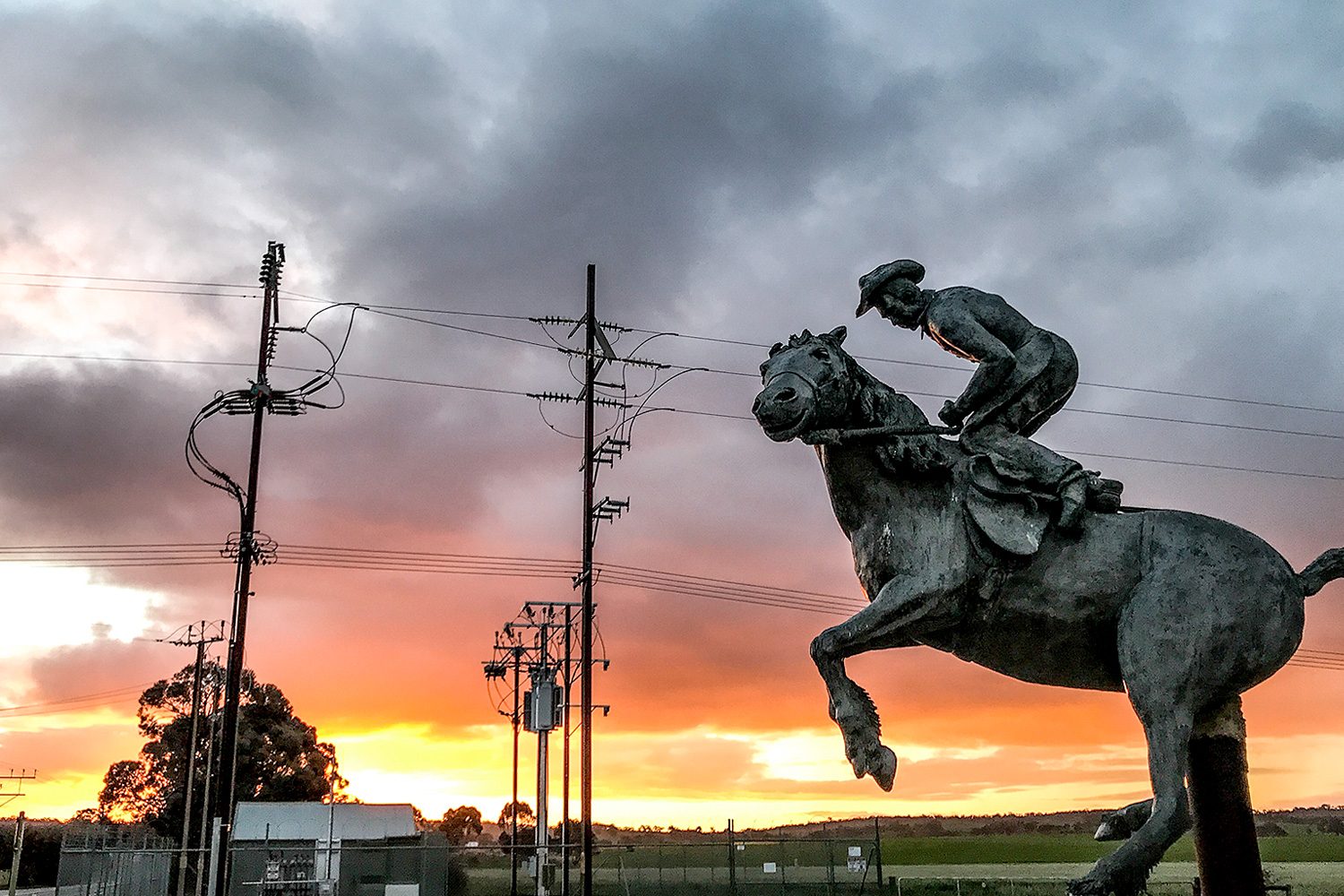 Another 'only in South Australia' run-in on Day 38.

Since leaving the domesticated comforts of Burra on Day 34, my journey along the Heysen Trail had been brutal. Bouts of apocalyptic weather and an arduous crisscrossing route over Tothill Range left me overworked and undernourished. Kapunda, the next commercial hub on the trail, was still three days away, but I ‘urgently’ needed another schnitzel and a hot shower. However, thanks to the one-horse town of Marrabel and a chance encounter with an old schoolmate, I fulfilled both ambitions on Day 38.

I woke up with the morning sun bleeding through the campsite’s abundant foliage. The bleak weather from Day 37 had cleared and my path down Tothill Range and through the relatively placid countryside was as undemanding as it was uneventful. Familiar flat green pastures and swarms of grazing sheep lined the linear dirt tracks. After weeks of identical scenery, my brain went back to bed and my legs kicked into gear. I ploughed through the day’s 17.30 kilometres and arrived in Marrabel shortly after lunch. 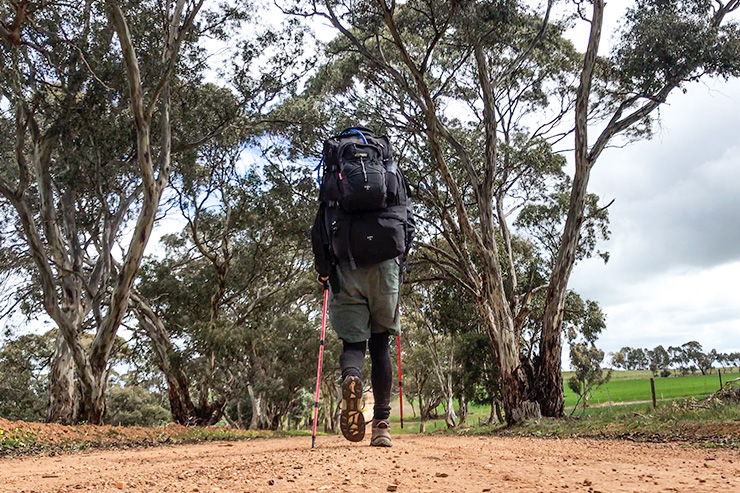 Easy roads made for an easy walk.

On my approach to the town, one thing became abundantly clear: there wasn’t much it. I’d passed through Marrabel umpteen times but never realised how underpopulated the township appeared to be. Other than an electrical substation, a stately cast bronze statue, the rodeo showgrounds, a corner pub and a smattering of houses, there was little else to see. 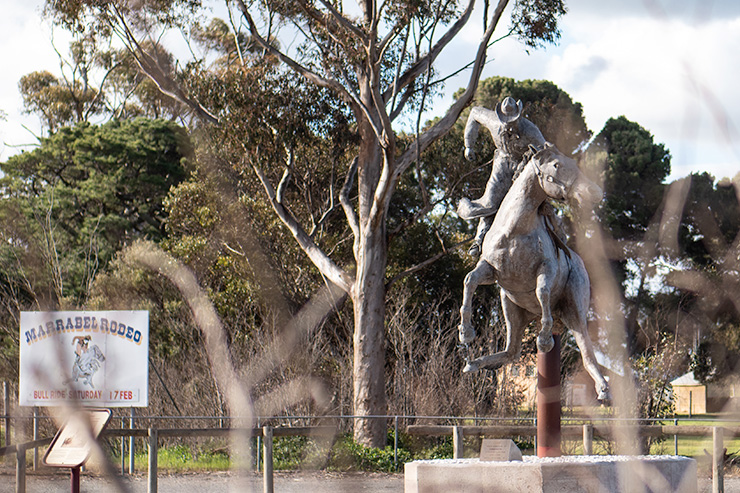 I’d be bucking too if I had a pole lodged in that position.

I briefly admired the imposing statue of ‘the queen of buckjumpers’ Curio before beelining the Marrabel Hotel. Inside, I was surprised to see a 6-year-old girl manning the bar. I realise a community of this size must endorse ‘all hands on deck’, but this was a little over the top. She sprung up from her colouring book. ‘I’ll get Nanna’, she announced and bounded for the kitchen.

Much like the rest of the town, the pub was empty. I meandered around the room and examined the various newspaper clippings stuck to the walls while ‘Nanna’ was located. Articles highlighting the famous Marrabel Rodeo featured heavily. The town’s modest population of 100-odd residents is one of the smallest in the region; though, it swells to 4,000 eager visitors when the rodeo is in town.

First held in 1935, Marrabel Rodeo is the oldest continuos rodeo in Australia.
marrabelrodeo.com

‘Sorry, I’m coming!’ called a voice from the back. ‘Don’t you go eating any of those biscuits, ya hear’, it followed in a hushed, but stern, tone. The Hotel’s proprietor walked out drying her hands on a tea towel. ‘Hope she wasn’t too much of a nuisance. How can I help you?’ she enquired.

I explained my journey along the trail and my subsequent need for a deep-fried dinner and a hot shower. ‘I can help you out with the schnitta,’ she began, ‘but you’ll need to call Luke to open up the showground shower block.’ We exchanged details and I ordered the most gratifyingly plump burger on the menu—I’d save the ‘schnitta’ for later in the evening. 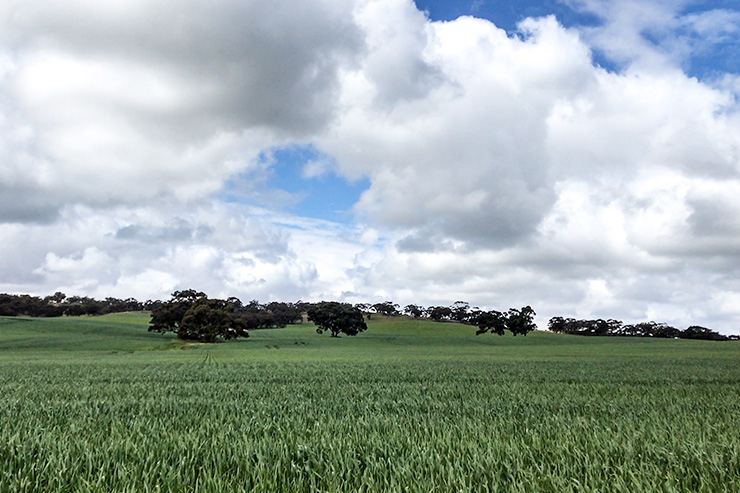 No shortage of greenery en route to Marrabel.

I hastily demolished my second lunch and went about finding the elusive Luke. However, after his mobile number wouldn’t connect, and repeated knocks on his front door went unanswered, I trudged back to the showgrounds and despondently assembled my tent. It appeared my hiking stank would last until Kapunda.

Hours passed before I walked back to the pub for my long-awaited schnitzel. On entry, I noticed a familiar face sitting across the bar. ‘Luke?’ I hesitated, ‘you went to Faith Secondary School, right? Do you remember me? Is it you I need to see about opening the shower block?’ I was received with a startled smile and a disconcerted nod—a typical rural greeting after a classically South Australia run-in. After a quick catch-up, a delicious meal and a slow meander back to the showgrounds, I jumped in the hot shower and melted away five day’s worth of grime. I could now start Day 39 as fresh as a daisy. 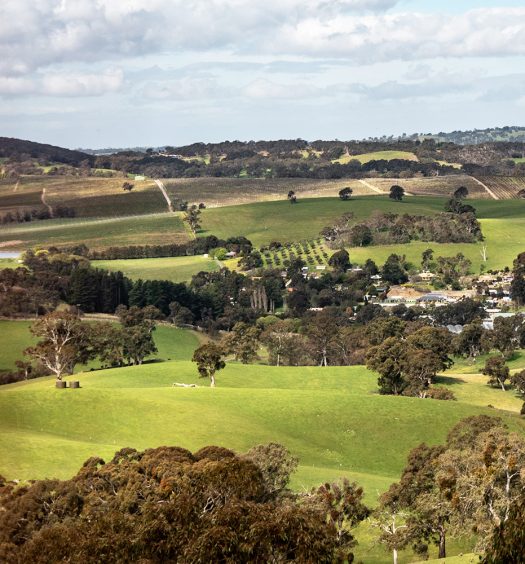 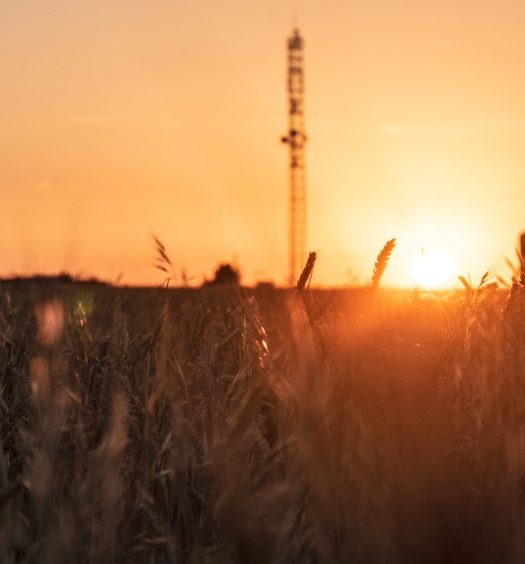