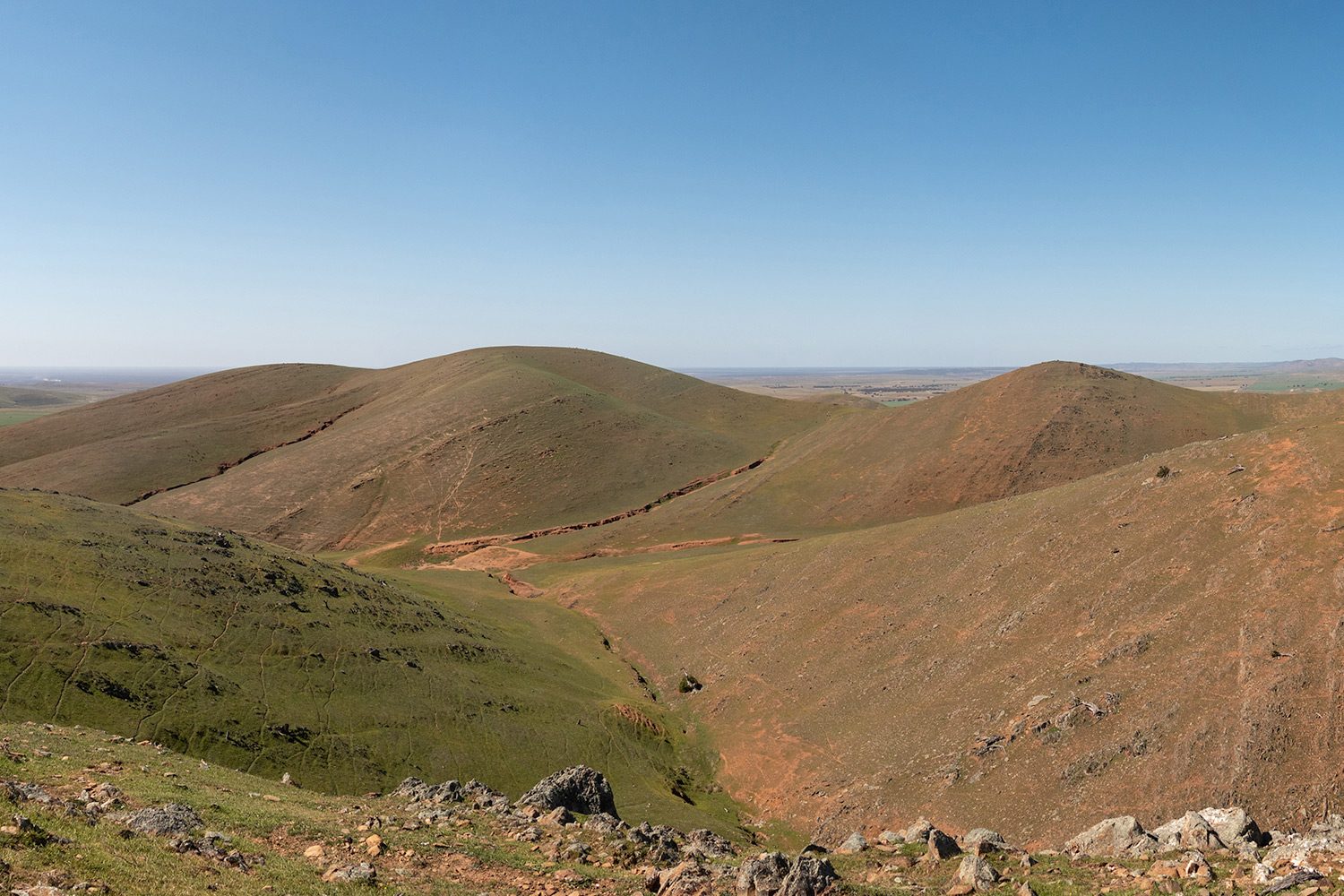 The hills are alive with the sound of moaning.

The Heysen Trail transverses some of Australia’s most astonishingly rugged landscapes. The route runs over rocky bluffs, along jagged ridgelines and through rolling grazing hills. There were countless ups and downs throughout my first month on the trail, but none were quite as long or lingering as the grades that featured on Day 32.

If I thought the mountains south of Caroona Creek Conservation Park on Day 31 were steep, the slopes leading from the cow pat-strewn Wandallah Creek Shelter were comparably perpendicular. This remarkably exposed section of the trail is devoid of trees, shrubs, vegetation or any shelter from the elements. Only weathered fences, patchy grass, craggy rocks and the odd trail marker cover the undulating route. 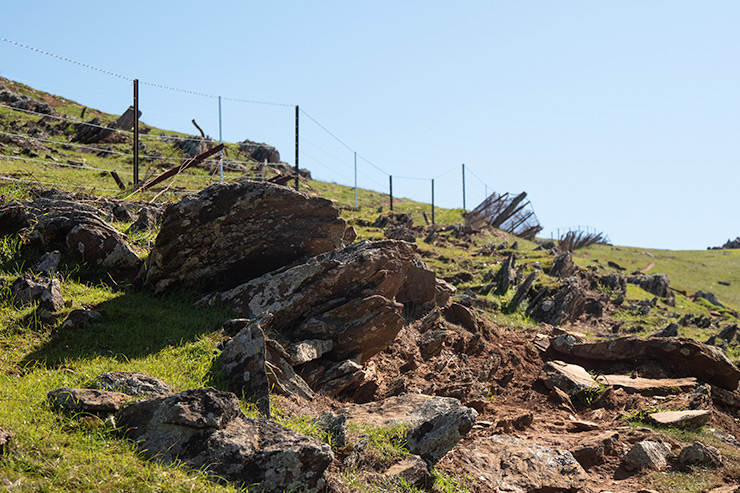 The thumping wind from Day 30 had returned and my energy levels quickly vanished. I desperately needed a break in Burra, but first, I had to cross the expansive tumbling hills of the North Mount Lofty Ranges. Thankfully, the single fence-lined path eased the stress on my mind.

As much as my body had suffered from the unruly weather, my eyes were infatuated with the region’s unique formation. There are seemingly few uninhabitable mountainous, yet so easily accessible, places in Australia, and I was alone hiking through the middle of one. 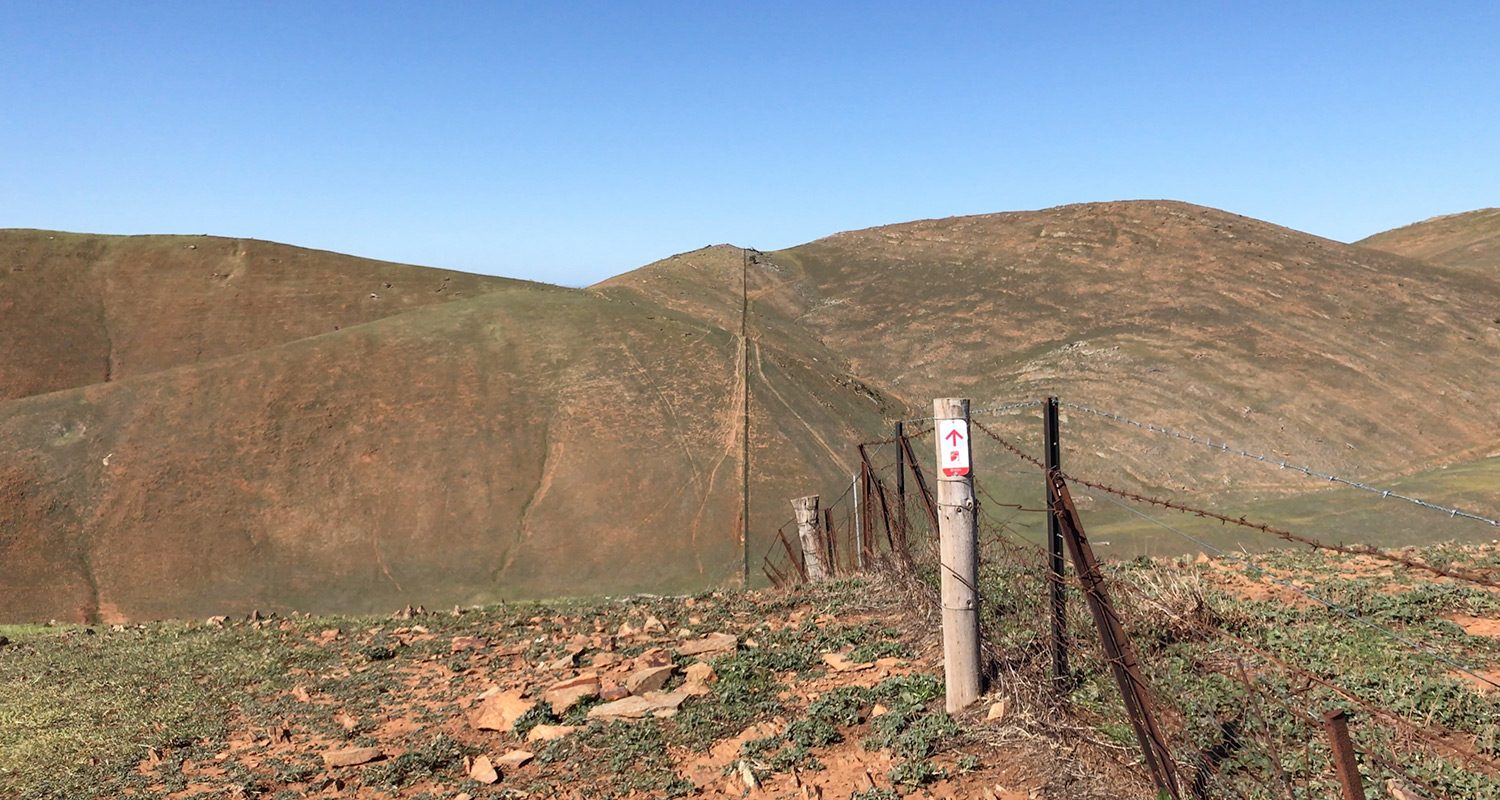 With just over three kilometres left on my journey to Burra, my phone finally died. For the first time on the trail, I was left to rely solely on a paper map and my ‘savvy navigating skills’. I hoped I wouldn’t repeat my complete and utter disorientation climbing over Jervis Hill on Day 7.

Fortunately, the clear, well-signed route into town was fuss-free. However, locating my accommodation for the next two nights was not as straightforward. I soon realised I hadn’t scribbled down the directions to The Peppers Cottage and my hazy recollections of the area wouldn’t likely get me very far.

Burra did not become an official entity until 1940 when the separate mining communities of Aberdeen, Graham, Kooringa, Llwchwr, New Aberdeen and Redruth were drawn together.
aussietowns.com.au

After scouring the town’s heritage neighbourhood in a failed attempt to jog my memory, I ventured into the bustling centre to find a power point and a monstrous pile of chips and gravy. Both were promptly and gleefully acquired and, before long, I found my charming accommodation and discovered the bathroom contained a Josh-sized bath.

I spent several hours soaking away a month’s worth of aching bones while wrinkling into a prune. By the time I extracted myself from the tub, my stomach had again begun to grumble. I had calculated my supplies perfectly for the 6-day stretch from Spalding; my food stocks were empty and Burra’s cluster of eateries were calling. 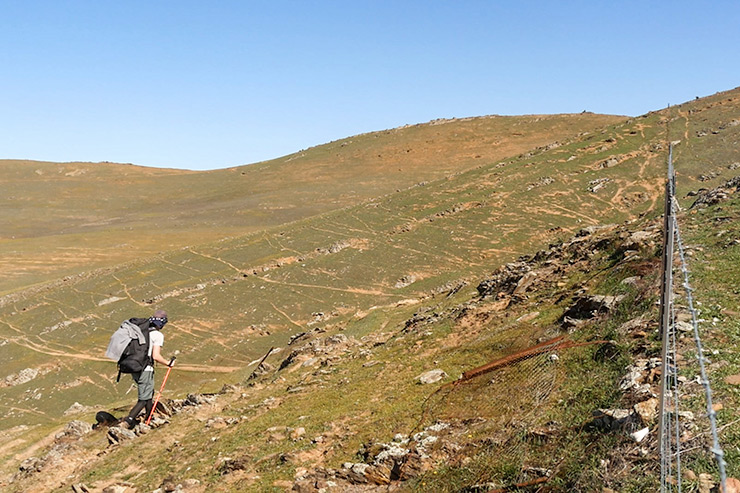 I needed plenty of calories after climbing mountains all day.

Unfortunately, I wasn’t privy to the apparent blanket 8 pm knock-off time for chefs throughout the town. As a result, I sat glumly in the Caltex Roadhouse and picked through a small serving of day-old potato salad and a packet of chips. Not exactly the meal I had in mind. Luckily, I had the whole of Day 33 to stuff myself silly.