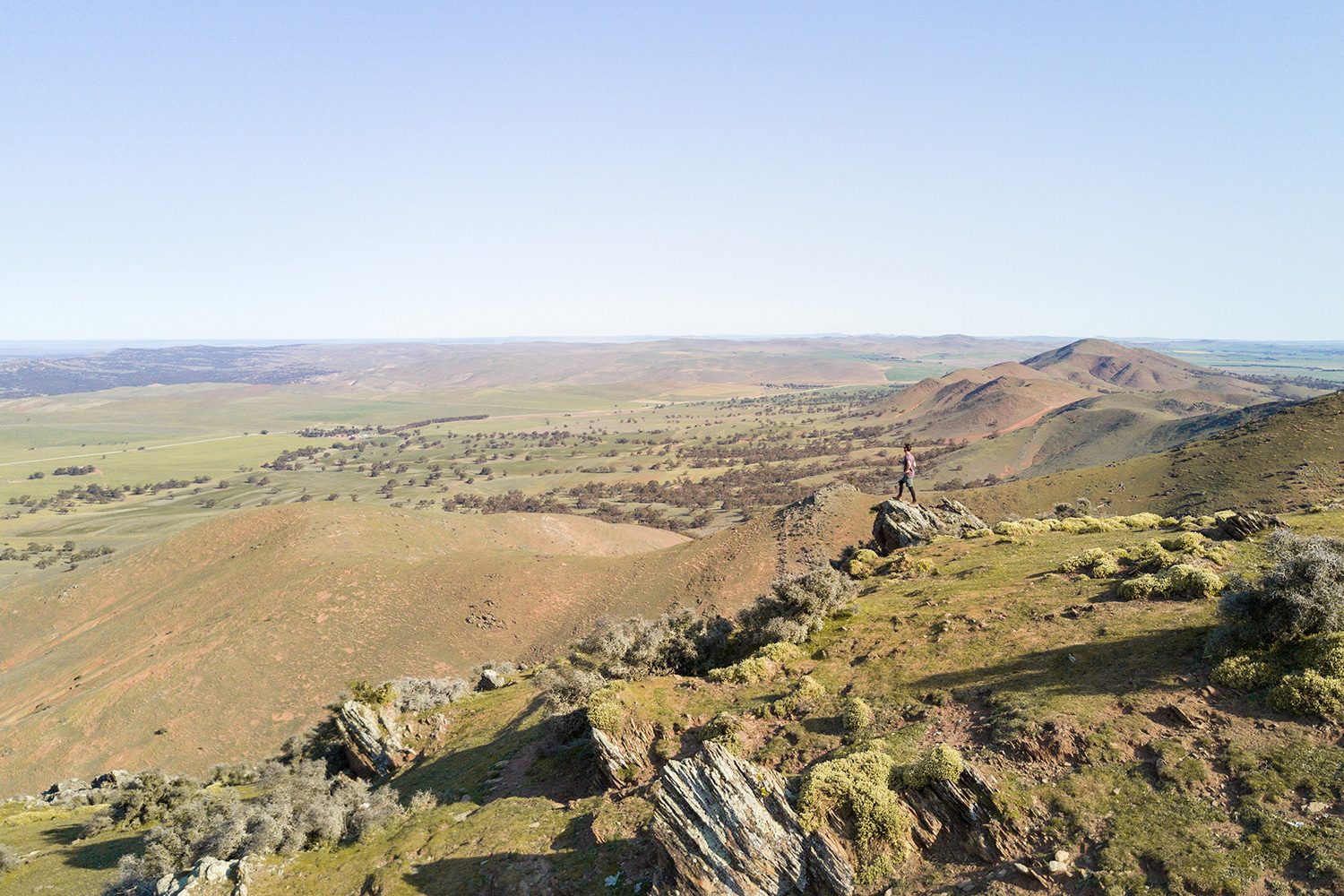 Each challenge is becoming less and less daunting.

There’s a point, somewhere along every long-distance trail, that a hiker’s natural state of concern deteriorates. Somehow trekking 20 kilometres becomes casual, surviving off limited rations is commonplace and carrying ones livelihood is normal. I’m not sure when my mind switched to ‘nomad mode’, but it was most certainly before Day 29. Despite weary legs, the task to clamber up the 929-metre Mount Bryan with a clunky rucksack strapped to my back now seemed reasonable, rational, straightforward even.

My legs ached as they gingerly stepped out of my sleeping bag and onto the refurbished floorboards at Hallett Railway Station. As I stood up, a tendon in my left buttcheek pinged and forced me to lie back down. I could tell it was going to be a slow morning. Following an energy-sapping hike from Whistling Trig on Day 28, my body felt heavy as I shuffled around the former mid-north train terminus.

By 1878, Hallett was large enough to demand a railway station on the newly laid narrow gauge line through Terowie and Peterborough, a line that operated until 1990.
Steve Hudson via weekendnotes.com

After a slew of jarring pains walking into Spalding on Day 26, I learnt that every discomfort must be treated with caution, or I would amount to a crumpled mess by day’s end. I spent a strenuous 30 minutes pressed up against a wall with my tennis ball masochistically massaging each knot in my hip, butt and back. Every muscle was excruciatingly sensitive. The relief was slow, but I hoped the temporary torture would see me through the day.

The short walk along the flat track to the foothills of Mount Bryan was uncomplicated and stress-free; the remainder of the journey was not. The steepling ascent took several hours, multiple breathers and a token wrong turn before I reached the summit. However, after just one glance at the 360° views, the effort became immediately worthwhile. Looking west, I could see the windmill-dotted range that led me to Whistling Trig Tank on Day 27. The lofty green landscape looked benign at this height, but, I knew from my recent strained experiences, they weren’t to be taken lightly.

Turning east, the landscape changed dramatically. Everything was brown. Since entering the pastoral district on Day 22, the Heysen Trail had been surrounded by flowering fields, cleared paddocks and grassy grazing lands. It appeared I would soon be re-entering the wild on the drier half of Goyder’s Line. 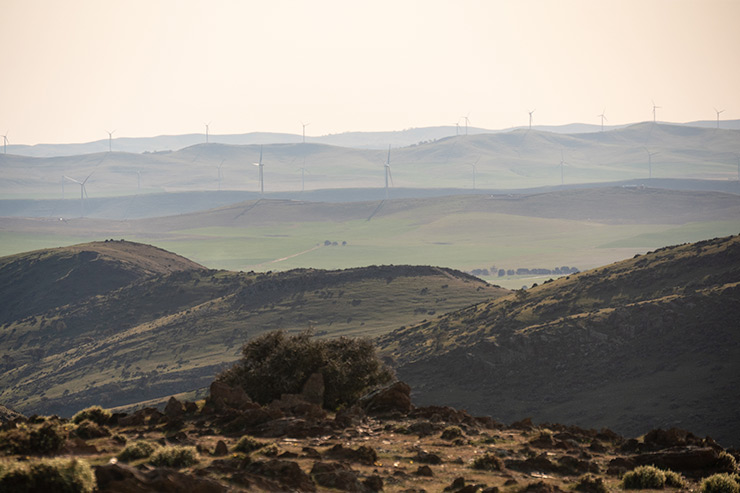 Surprisingly, the weather at this elevation was calm. After being pummeled by the wind over the past two days, I had expected to be blown to Victoria. My suspicions of a typically severe mountain top were validated by multiple accounts in the summit’s logbook. Stories of snow, blizzards, powerful winds and utter chaos filled its tattered pages. Day 29 could not have been more contrary; I didn’t want to waste it. I unpacked my camera and began a lengthy happy-snapping session. 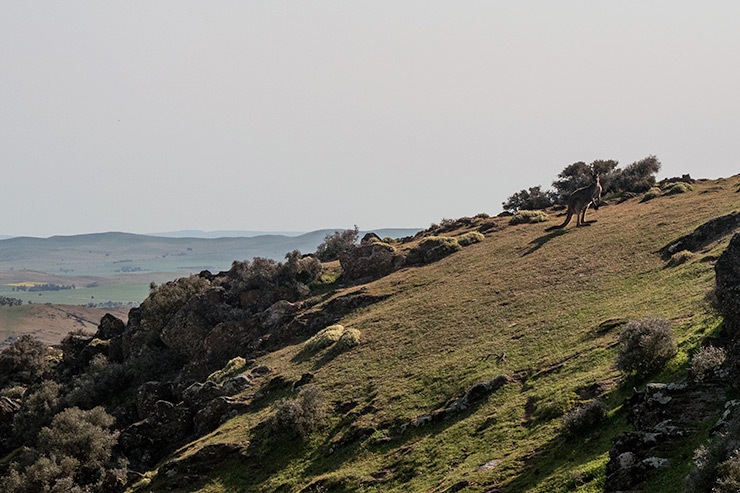 Kangaroos really are everywhere on the trail.

I enjoyed the impressive panorama for several hours before the sun began to set. As much as I longed to see the dusk’s vivid colour palette at this height, I knew I still had a tricky descent and Day 30’s journey into Caroona Creek Conservation Park ahead of me. I collected my photography gear and climbed down through the mountain’s chilly shadows toward Old Mt Bryan East School. Heysen Trail In the Press 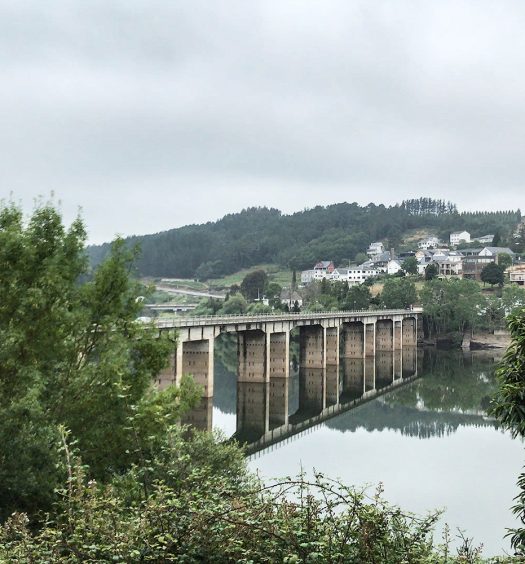