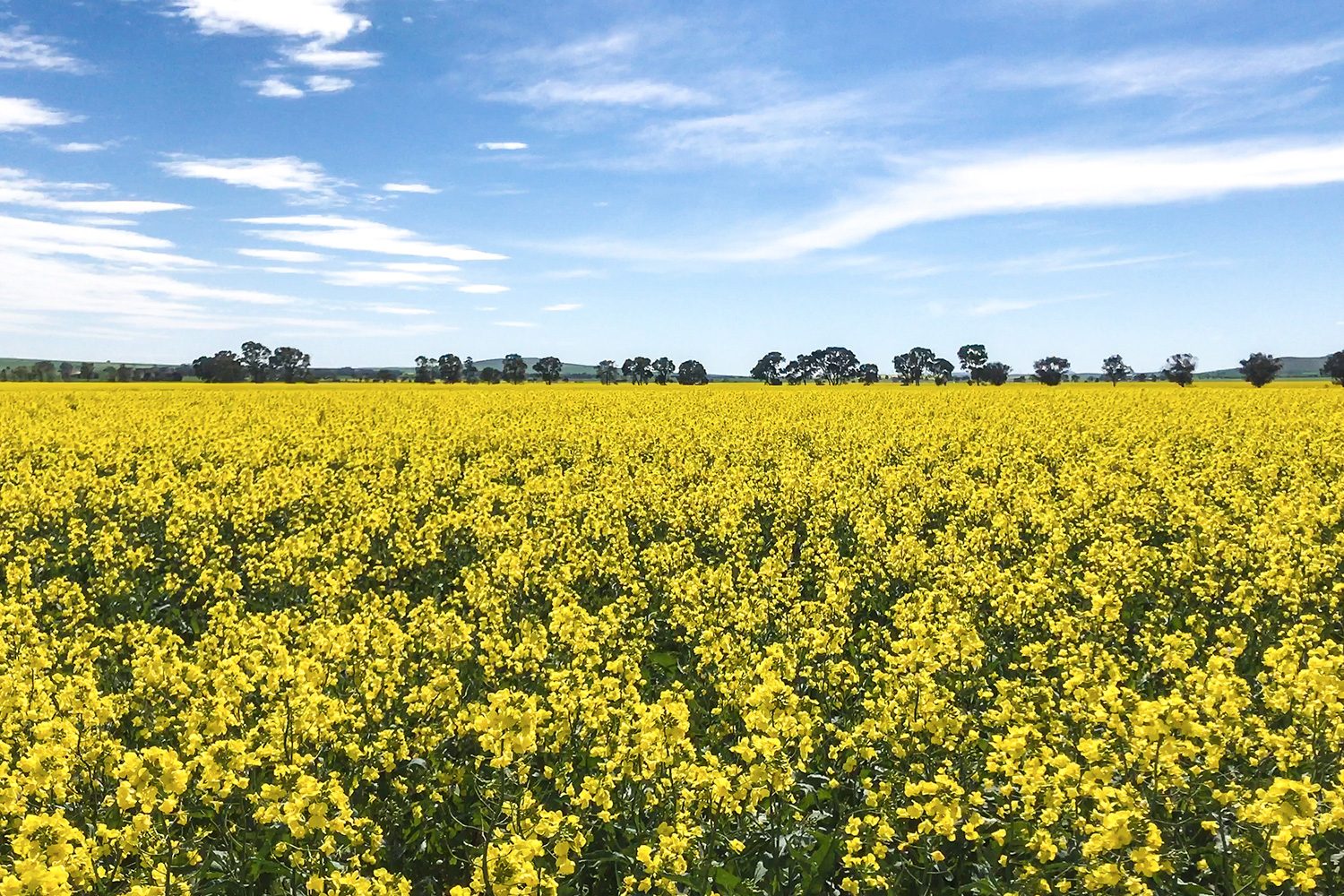 The tests that I had begrudgingly endured throughout the trail were beginning to pay dividends.

I’m not sure you’ll find anybody who believes long-distance hiking is easy. In fact, it stretches every fibre of your being. You are pushed mentally, physically, emotionally and even spiritually. The challenging route between Hiskeys Hut and Curnows Hut would undoubtedly test my durability. The journey, over a demanding 28 kilometres and up 600 metres of elevation, was billed as one of the most difficult sections along the Heysen Trail. However, thanks to the trials I had confronted and conquered so far, Day 24’s assignment didn’t seem nearly as daunting.

I left the warmth of Hiskeys Hut in the early morning, eager to tackle the uphill challenge Briony forewarned me of on Day 23. According to reports, this ascent was ten times more strenuous than the climb to Mount Arden. I found this statement hard to believe. Day 9’s trek was tough. But, I would know for myself by the end of the day. First, I had 10 kilometres of a routine flat track to cover before I started scaling the northern tip of the Mount Lofty Ranges.

Over the past few days, I had received messages from my mate Josh in Adelaide. His family had followed my fundraising efforts through the gorgeous South Australian countryside and wanted to get involved. Josh’s lovely mother Michele, who lived in nearby Jamestown, insisted she would deliver some delicious toasties when I arrived at Curnows Hut. I certainly wasn’t going to argue. Despite my overactive metabolism causing ‘issues’ over the past 24 hours, after an increased intake of bakery food, I could hardly say ‘no’ to toasties. 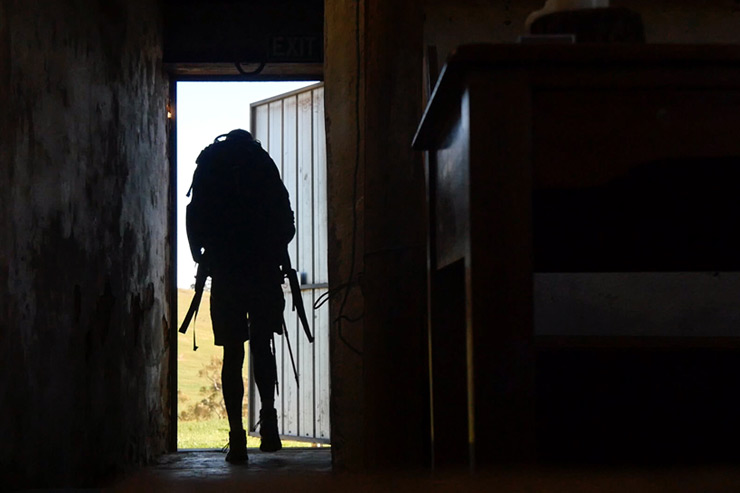 Leaving Hiskeys Hut was not easy on a chilly morning.

As a result, my bowels (not my rumbling stomach) redirected my path to the nearby community of Georgetown. The glut of baked goodies I had consumed over the previous morning had accelerated my digestion; the town’s public restroom suddenly looked very appealing. Any time you can access a clean, well-kept toilet on the trail, take it! Nevertheless, on my way back out to the trail, I ‘accidentally’ nipped into the General Store and raided the pie warmer—some lessons you never learn.

Fields of bright yellow canola and glowing green wheat lined the road to the foothills of the range. Once I started the climbing, the entire patchwork quilt came into view. 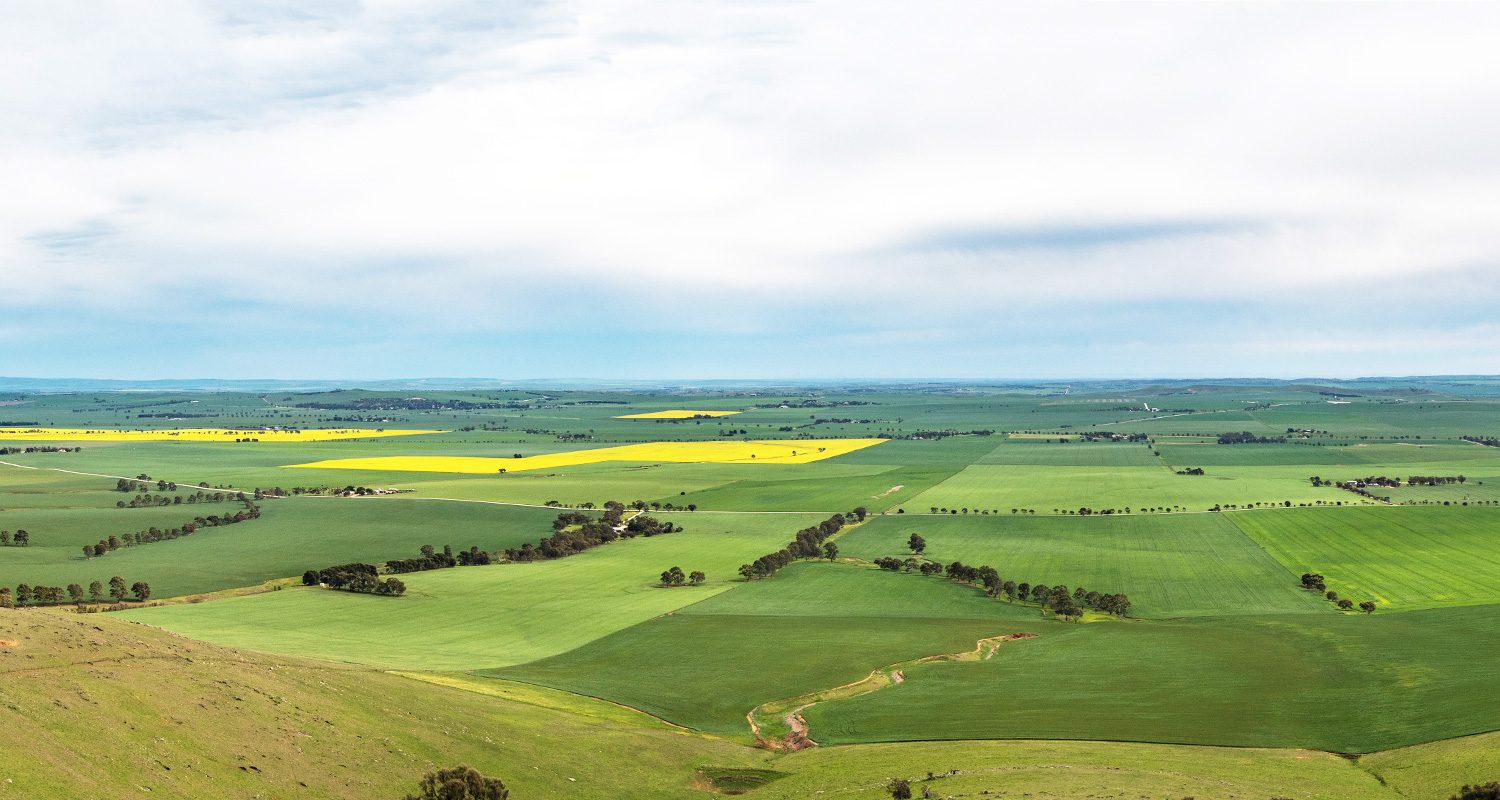 The meandering ascent to the summit wasn’t without its difficulties; the often steep, twisting route took time, patience and concentration to navigate. But I never felt overawed or beyond exhaustion. I thought back to the unrelenting thunderstorm I endured on my way to the Go-Cart Track Shelter on Day 19. By comparison, Day 24’s challenge was a doddle. 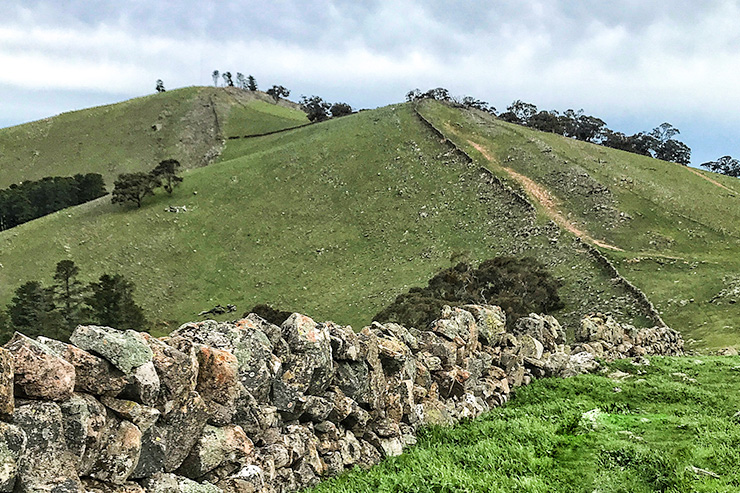 The trail followed the remains of a dry stone wall to the summit.

The view from the top of New Campbell Hill was not as I’d imagined. Due to years of logging, plus a devastating fire in 2013, the floor of the Bundaleer Forest Reserve looked ragged. Stunted tree stumps and burnt branches lined my spiralling path down to Curnows Hut.

Bundaleer Forest was the first plantation forest in South Australia, and the “birthplace of forestry in Australia”. The plantation’s timber was used to build Spencer Gulf jetties and Broken Hill’s mines.
heysentrail.asn.au

As a long-distance hiker, there are few better things than staying in sheltered accommodation two nights in a row—a home-delivered feast is one of them. My Trail Angel Michele, and her daughter Laura, arrived later in the evening with enough food to last me for a week. She delivered, not only a mountain of cheese and bacon toasties, but also a block of dairy milk chocolate, a bunch of fresh oranges, a bottle of coke, chocolate milk and a handful of other nibbles. I had to reluctantly turn away some of her hospitality—I didn’t have space in my stomach or my rucksack—but I was infinitely grateful for her generosity.

When I finally collapsed into my sleeping bag, my belly was full of treats, my heart was full of appreciation and my head was full of pride for overcoming another challenge on the trail. But I was pooped. Thankfully, Day 25 appeared to be short, sweet and super cruisy.