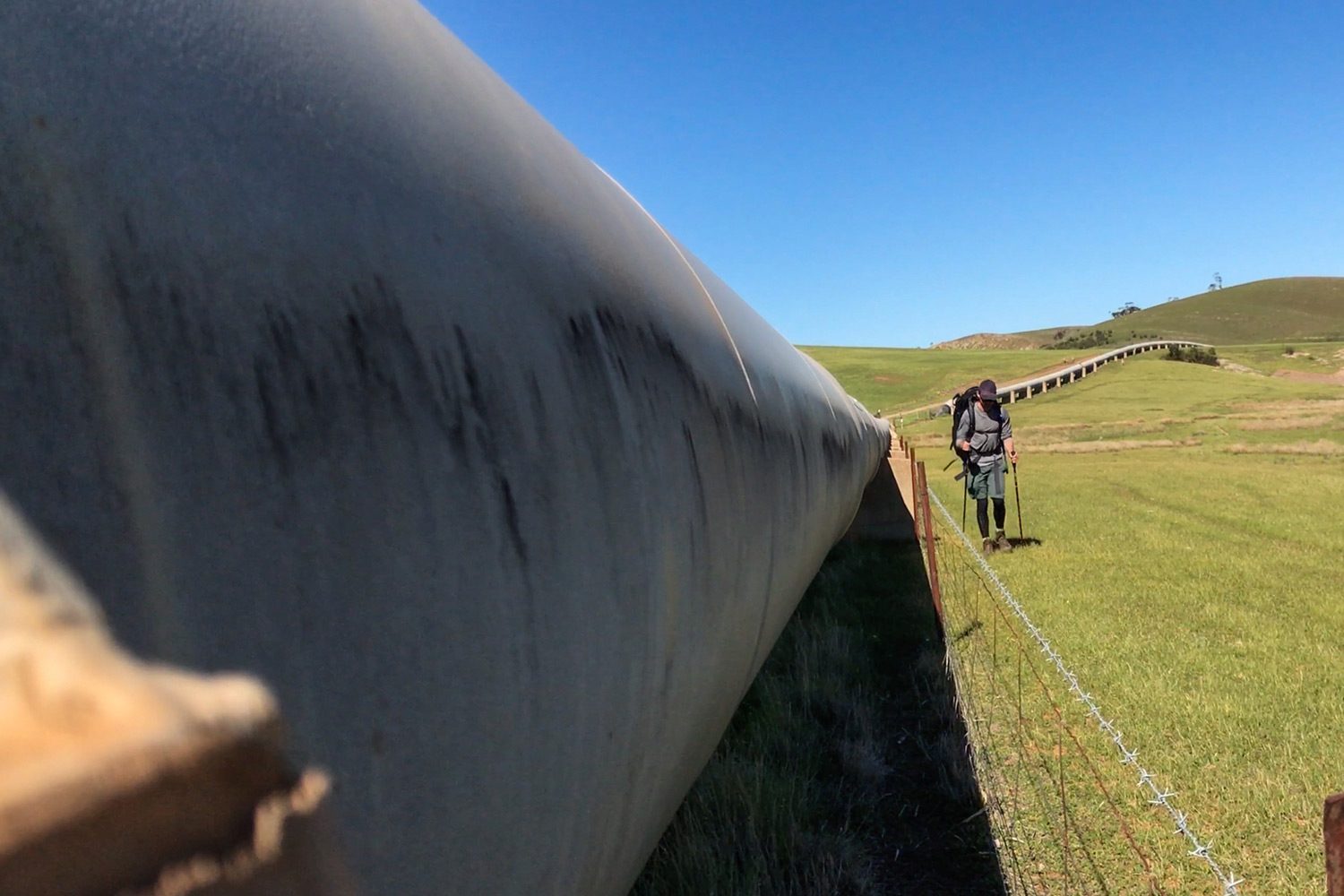 It's not uncommon to feel like you're fighting your own unique battle.

At times on the trail, I felt truly isolated. Despite the constant support and steady stream of encouraging messages, there were moments I couldn’t help but feel emotionally separated on my journey; nobody else could possibly understand my same day-to-day struggles. An unexpected encounter with a fellow thru-hiker on Day 23 changed everything.

By the time I finished washing my clothes (and myself) at the end of Day 22, much of the town had closed for business. My craving for bakery food had to wait. When morning broke on Day 23, I promptly packed my belongings (aided by a pair of thermal gloves I’d purchased before the supermarket shut) and headed for the ‘home of the famous Crystal Brook pasty’; Kupsch Bakery. It was everything I had imagined.

I wore out the floorboards scuffling back and forth to the counter throughout the morning. I shovelled in savoury goods, sweets, juices, chocolate milk and an iced coffee. My eyes had an unquenchable appetite, but they had overestimated the capacity of my shrunken stomach. I felt nauseous. I had to leave before my gut lining burst. 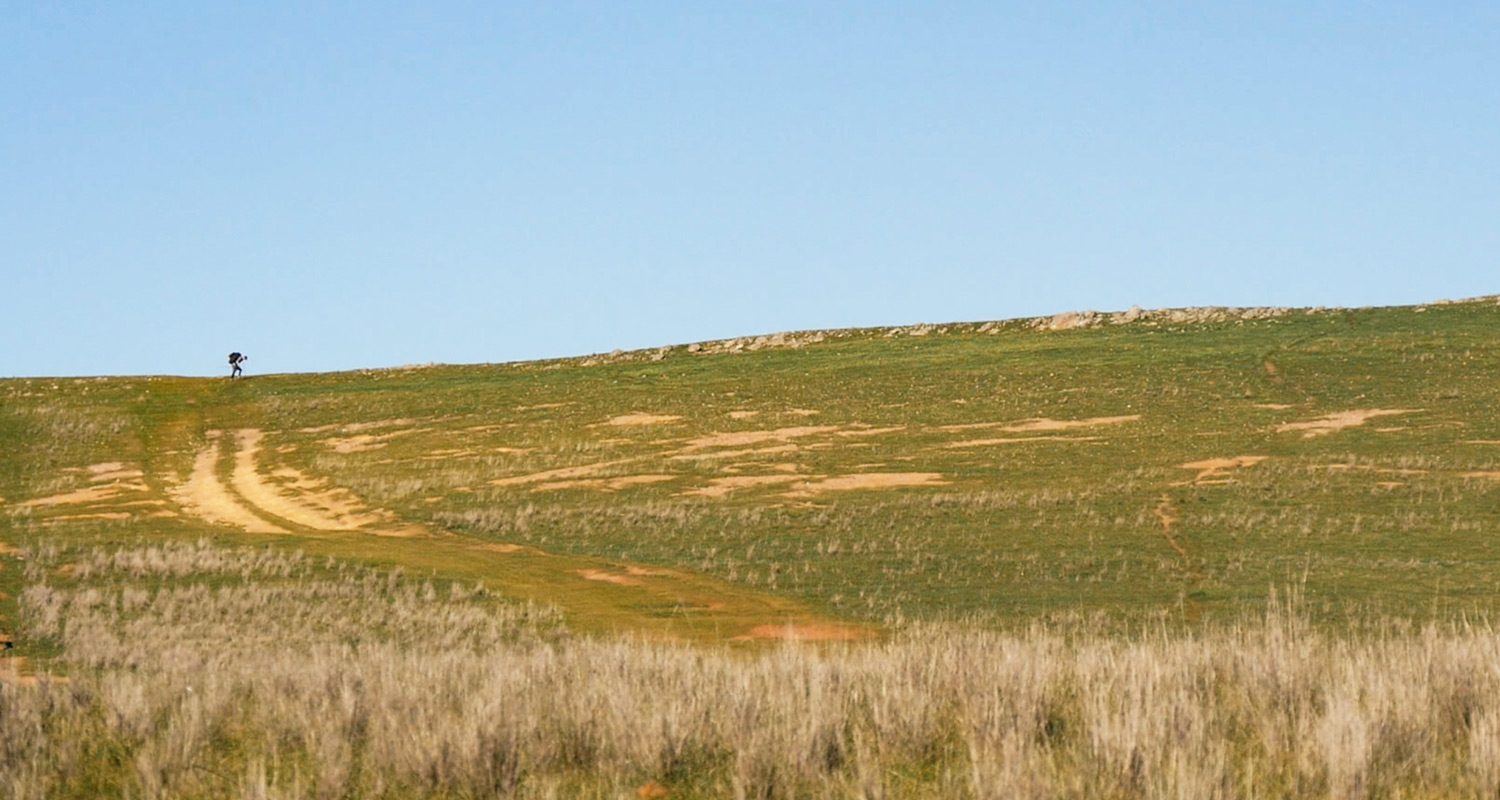 The sun was high when I finally rolled out of town and onto the trail, but, it wasn’t long before my boots were walking off the calories amongst the region’s budding crops. I had just wandered through my umpteenth paddock for the day when an unfamiliar sight appeared over a distant hill. Good gravy, another hiker!

Other than a surprise encounter with a hoard of Friends of the Heysen Trail members on Day 2 and a fleeting conversation with three girls completing a weekend trek on Day 7, I had not passed another soul on the trail. I could hardly believe my eyes.

This rambling figure was Briony, although she also went by her trail name Plan B Hiker. Similarly, she was solo-hiking the entire length of the trail (except from south to north) and fundraising for a cause. She was using the challenge of the Heysen Trail to raise money and awareness for Narcolepsy Support Australia. We chatted at length about our fundraising efforts, daily struggles, inspirations, tips, camping equipment, food; you name it, we covered it.

I felt relieved to offload all of the questions that had accumulated over the past three weeks. Simply chatting to someone, who had endured the same experiences, took a weight off my mind. Somebody else understood. I could have prattled on for hours, but we both had some distance to travel before we reached our beds for the night. 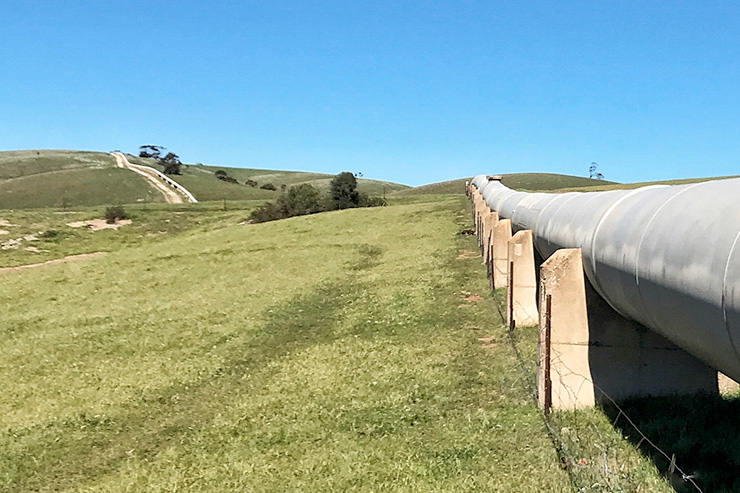 While the rest of the field-filled terrain cast similarities to the previous day, there was one very large, very long South Australian icon that offered some variety. The enormous Morgan – Whyalla pipeline escorted the trail path for large portions of Day 23, allowing me to tick off several fuss-free kilometres and arrive at the homely Hiskeys Hut before dusk.

During the 1800s and 1900s Hiskeys Hut was occupied by two generations of butchers, who had shops in either Georgetown or nearby Narridy. The slaughter house was on the rise east of the hut – hence the name of the nearby road (Slaughterhouse Road).
heysentrail.asn.au 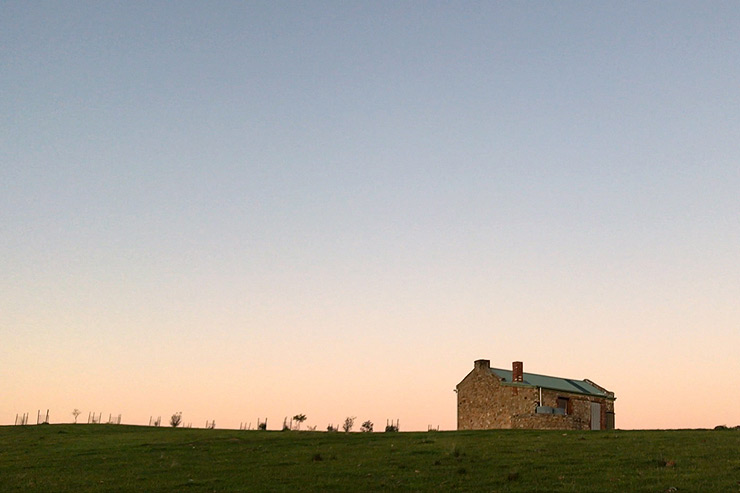 My charming accommodation for the night.

I quickly inflated my mat, laid out my sleeping bag and cooked my dinner. I was pre-warned by Briony to expect a hectic trek up and over New Campbell Hill on Day 24. Heeding her words, I drifted to sleep early, despite the cacophonic bleats of the district’s sheep. 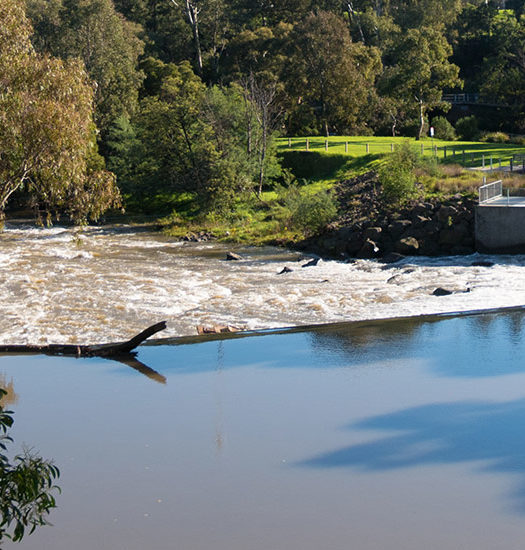 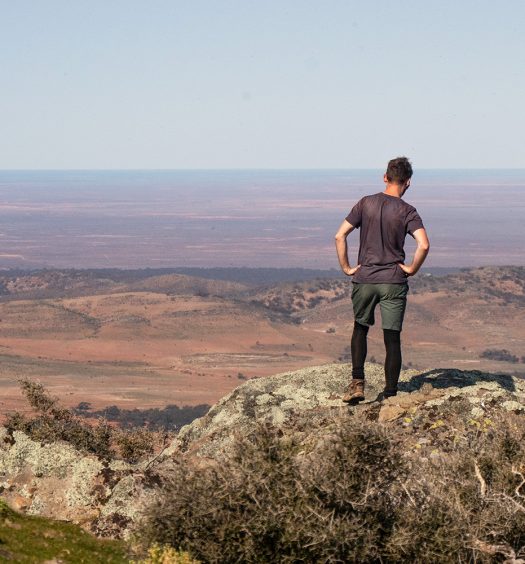 The reality of solo hiking a long-distance trail