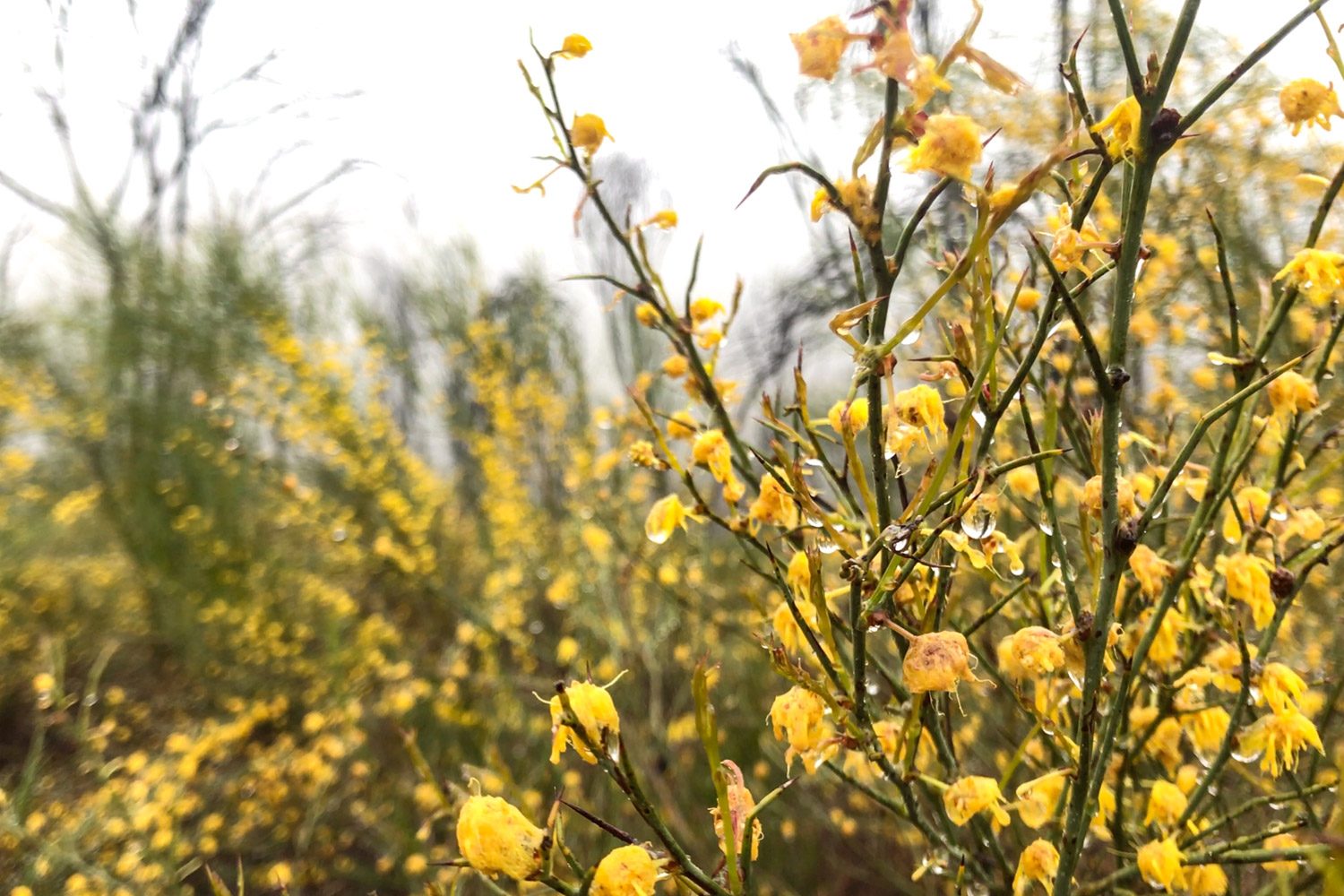 If I had a ‘taste’ of wet weather on Day 18, I had a twelve-course dinner complete with complimentary drinks on Day 19. Other than a short respite over lunch, the skies remained open from start to soggy end. I’d never seen so much rain, let alone walk 26 kilometres through it.

The morning started promisingly. A variegated sunrise leaked into the Murray Town Campsite and lightened my otherwise colourless porridge. After continuing my thawing process via a warm shower, I packed my belongings and stepped out of the comparatively snug enclosure. I had taken half a dozen steps before the heavens reopened and I cowardly retreated back inside the shelter. It took another hour before the rain eased and I made a break for the trail—any effort to remain dry, however, would be futile. 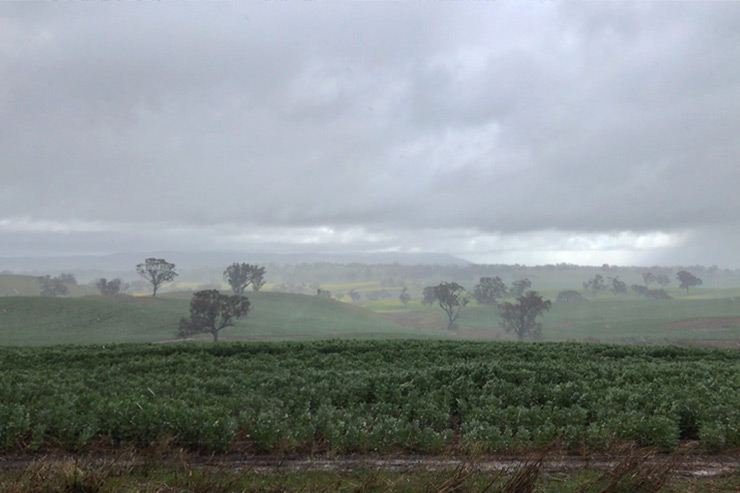 A dark, wet and miserable road from Murray Town.

The rain and wind were unrelenting, but, similarly to Day 18, the terrain was straightforward and relatively bland. The trail followed boggy roads and slippery fields until I entered ForestrySA’s Wirrabara Forest plantation. While the woodland scenery was a marked improvement, something felt stagnant about an environment constructed with such regimentality.

Wirrabara derives its name from an aboriginal word for ‘a place of big trees’.
southernflindersranges.com.au

I arrived at the Go-Cart Track Shelter, in the depths of the Telowie Gorge Conservation Park, and found an enormous overflowing tank and a moment’s relief under the shelter. Under normal circumstances, the corrugated iron roof would provide adequate protection from the rain, but the fierce westerly winds left the entire area susceptible to the harsh conditions. There was no hiding. I unshackled the bag from my aching shoulders and shrinkingly skulked behind the tank. 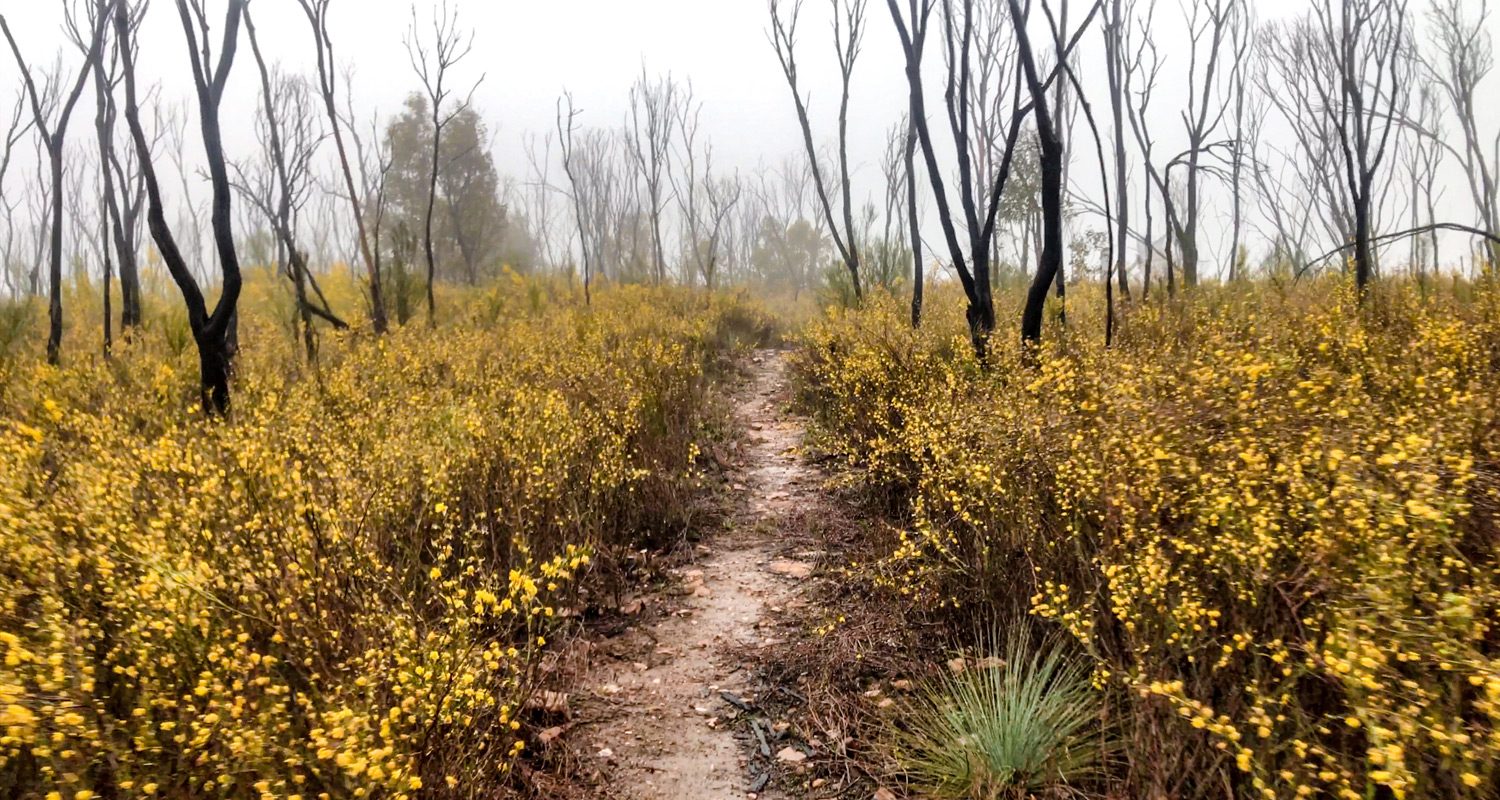 The ground was cold, hard and bumpy, but provided immediate comfort for my debilitated legs. It then dawned on me—the shelter was built on sandstone. My tent pegs couldn’t penetrate this unyielding surface. After several failed attempts to erect my refuge for the night, both on the dense stone and out in the blustery wild, I crouched back behind the tank’s mediocre cover and collected my thoughts. My options were thin.

Looking around for inspiration, I noticed a stack of large rocks in the firepit. Could these weighty slabs pin my tent to the ground? After some delicate assembly—to ensure my belongings didn’t fly into the wilderness—I finally had somewhere to call home for the night.

By the time I unpacked and discovered that despite the in-built rain cover most of my possessions were drenched, I was physically, mentally and emotionally drained. I mustered just enough energy to place a few handfuls of scroggin in my mouth before my head collapsed on my damp blow-up pillow. I was out cold. How could I possibly back it up on Day 20? 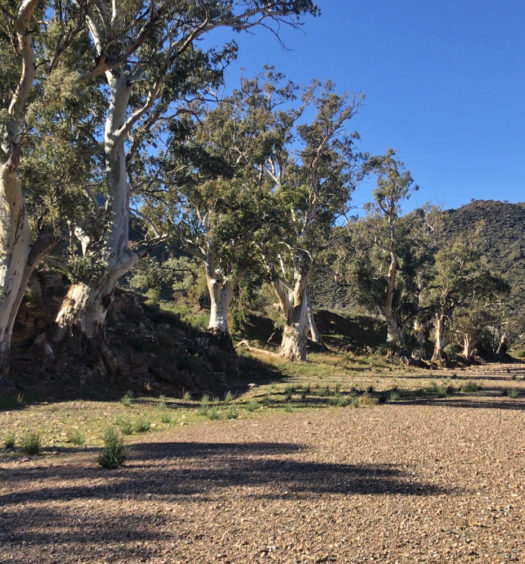