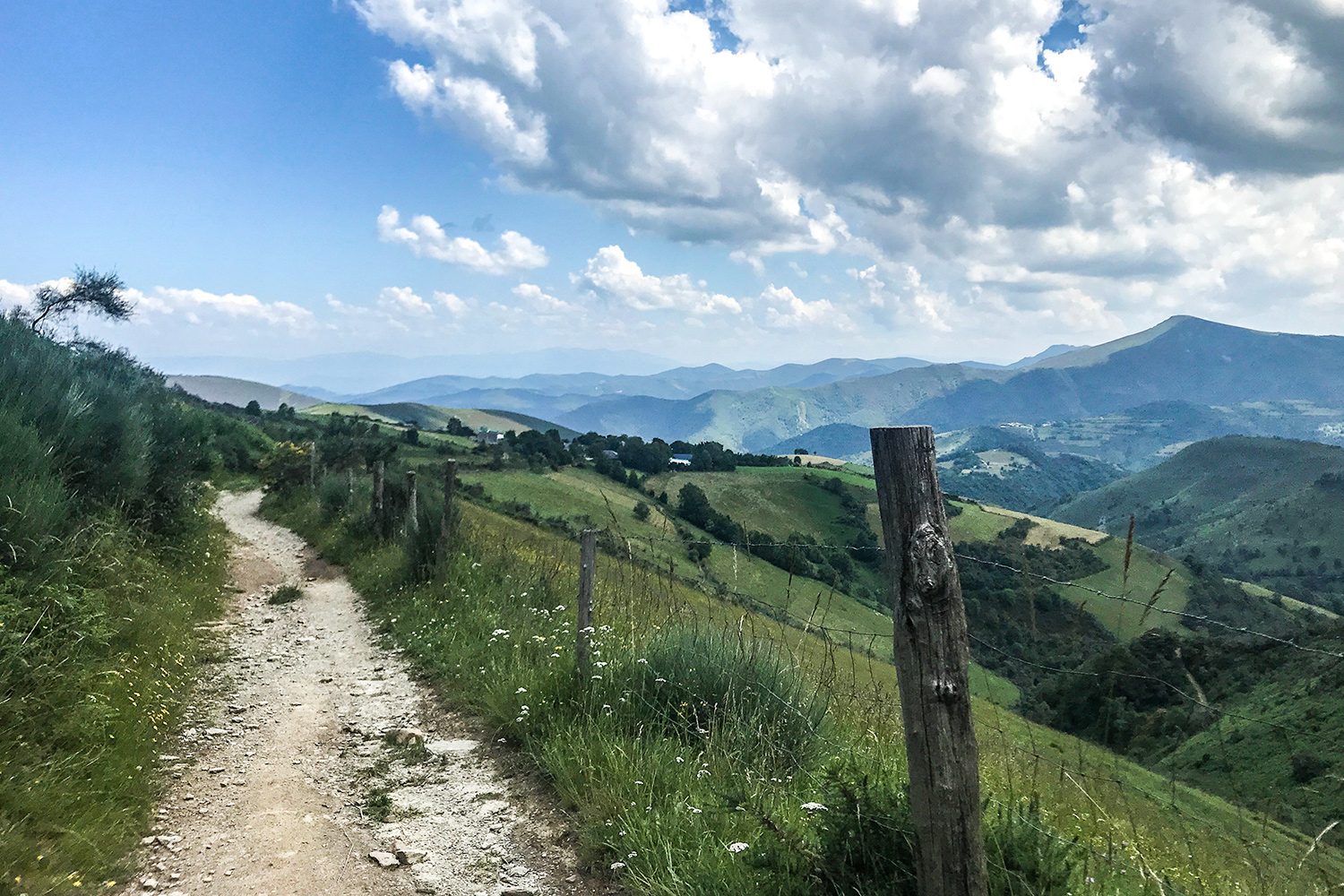 A grand green grind into Galicia

The Camino Francés’ autonomous communities are well known to thru-hiking pilgrims. Regions include Navarre and Rioja to the east, and Castilla y León (containing the Meseta) through the middle. Each section carries unique characteristics that ensure every leg of the journey is memorable. However, none may be more celebrated or highly anticipated as the one I would step into on Day 26. Galicia had arrived.

I spent breakfast eagerly ogling the day’s incline on my elevation map. Chiara and Susan, my two long-term travelling companions, were visibly disinterested in our upcoming climb. Since completing the uninspired Meseta, I’d noticed our daily motivations had diverted. It seemed they wanted to savour the cultural and gastronomical fruits of the region, while I looked to extract more from the unbridled wild. As the day’s ticked by, I felt a change of speed brewing.

As we began our morning’s walk, the Cantabrian mountains soon massed in the middle ground. Before long, the vine-lined path we’d followed into Villafranca del Bierzo on Day 25 had been flanked by a steepling wall of forest. The landscape had shifted quickly; we had arrived at Galicia’s doorstep.

Galicia is described as ‘green Spain’ due to its temperate climate and high rainfall. The autonomous community is lush, mountainous and peppered with forests of pine and eucalyptus.
galiciaguide.com

We passed through a community of quaint villages straddling the banks of the Valcarce River before reaching Las Herrerías at the foothill of our day’s major ascent. I waited like a coiled spring at a local café, impatiently pecking at the crumbs of my jamón bocadillo. The promise of another lofty climb, knowing I would again feel a hit of altitude-induced endorphins, had already swelled my stomach with butterflies. In contrast, my walking buddies carefully consumed every morsel of their decadent two-course lunch, plus drinks. They eventually pushed away their plates, muddled about the establishment and hailed the waiter to tidy up the bill. In the meantime, I had slipped my bag over my shoulders and drifted suggestively toward the exit.

The short digestive stroll out of town toward the first notable slope was enough to refocus my energy and adrenaline. My legs soon joined the party and drove the rest of my body past the mountain’s assembly of section and thru-hikers. The following 8.1 kilometres rose nearly 640 metres and, predictably, bloated my brain with a dopamine-filled bliss.

The landscapes transformed the higher I climbed. Old-growth forests carpeted with ferns highlighted the lower sections, open farmlands with inquisitive cows then emerged, sweeping pastoral hillsides swathed in multi-coloured gorse featured next, and, finally, the trail hugged a hand-cut granite wall before spilling into O Cebreiro. 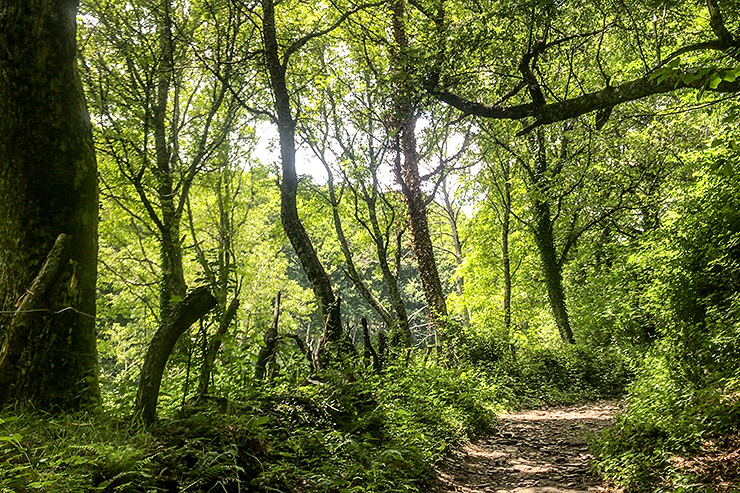 The first steps up the mountain

In every sense, this summit took my breath away. At 1,330 metres above sea level (the Camino’s third highest peak), the day’s unending rise and dreamlike vistas had my lungs heaving. The enchanted land of Galicia had already exceeded my unreasonably high expectations. 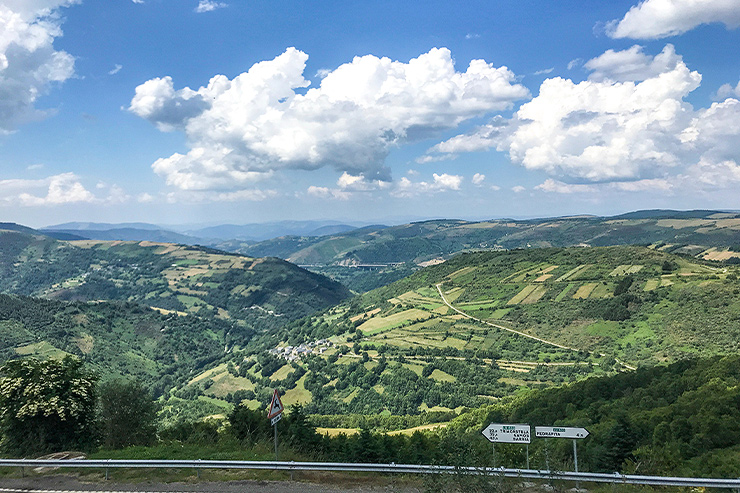 I roamed the village, admiring its 360-degree panorama, and awaited my two pilgrim pals. I contemplated my climb and how the physicality of the day tested my boundaries and stirred my senses. It became abundantly clear my overall journey had lacked that constant stimulation; I needed to keep pushing myself. As much as I adored my companions, I realised I had to hike my own Camino; and that making that decision was okay. Tomorrow’s distance, company and challenge would look vastly different.

So, as it turned out, our customary evening ice cream, gazing back at the sun setting over the Cantabrian Mountains, would be our last. Day 27 would be the first time since reaching Roncesvalles on Day 1 that I wouldn’t see either of their smiling faces. A massive part of my Camino was coming to an end, but an exciting new test awaited. 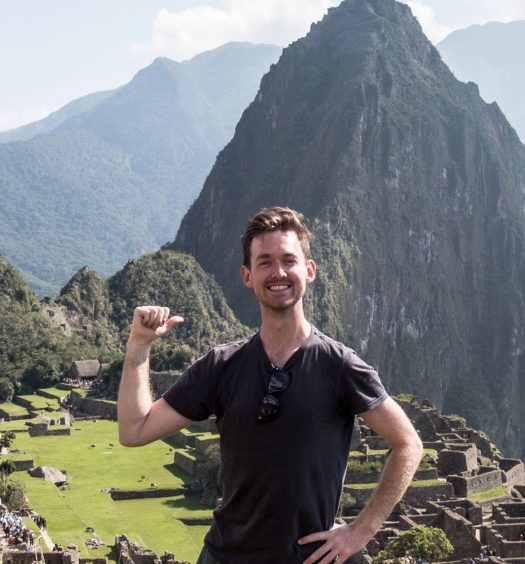 Read More
Reflecting on my most fulfilling year 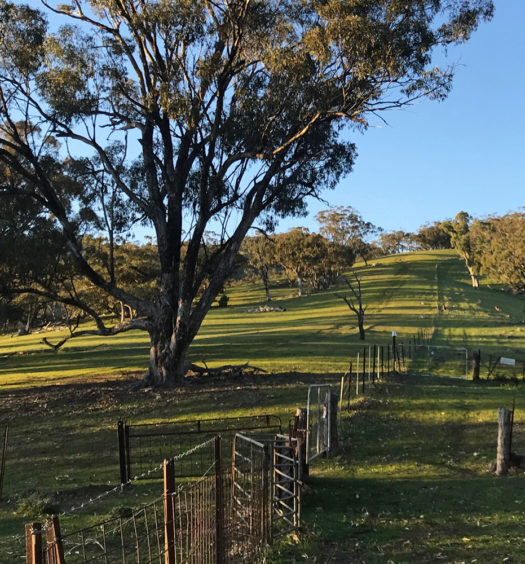