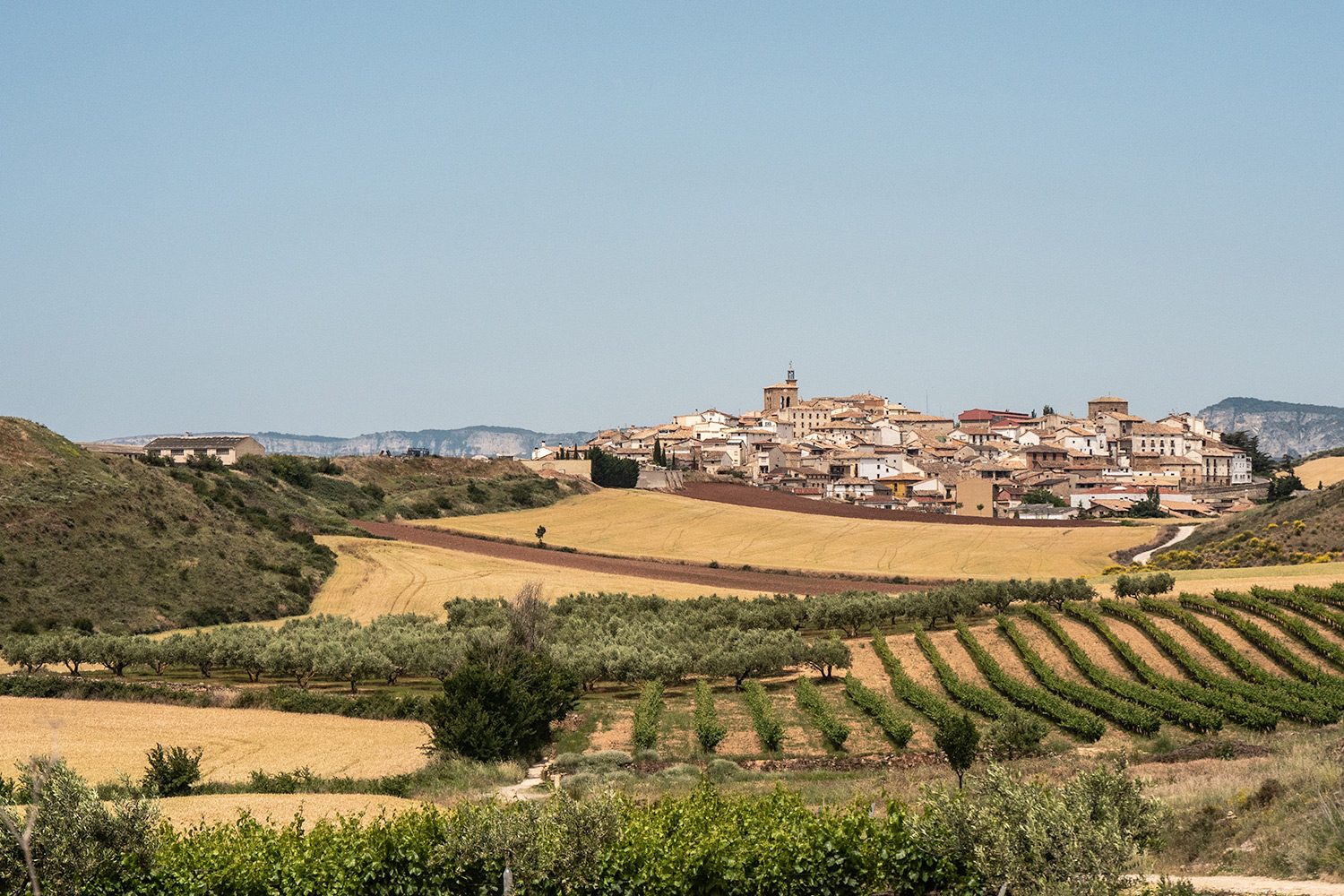 By the time I began the Camino Francés, I had travelled internationally for seven adventurous months. I’d snowboarded Sweden’s Åre mountains, crossed the US on a continental train ride, surfed the chilly waters off Vancouver Island and white water rafted glacial streams near Banff. Through these experiences, I lived in the moment—something I often need to remind myself to do—however, a nostalgic walk through vineyards on Day 5 triggered abrupt homesickness.

Our wandering group of walkers left our comfy accommodation, deviated through the pilgrim-shaped cut-out in the village’s outbound sculpture, and began the short jaunt to Puente la Reina. We had grown into a family over the past few days, especially after our extended trek to Obanos on Day 4, but our resident South African was sadly heading home.

Jana, one of my first hiking buddies from Day 2, was flying back to Pretoria, and her bus to Madrid departed in the coming hours. The remainder of the group had also splintered; some pushed on, some sought blister-induced medical attention, and, as for me, I stopped and diligently edited video diaries and raided the local bakery. Our tight team of trekkers had momentarily disbanded. 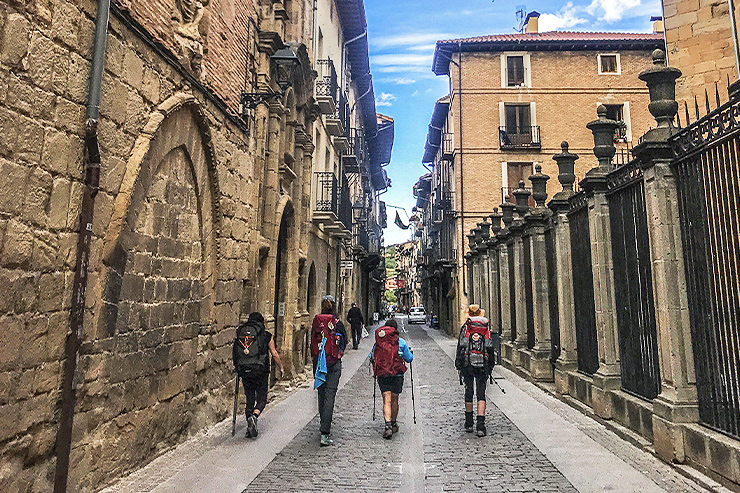 Our final stroll as a quintet.

Once I returned to the trail, the temperature felt implausibly hot. The Pyrenees’ sheltered woodlands were now a memory, as shadeless plains and Navarre’s boundless tanned wheat fields opened before me. Even the sound of the morning seemed to sizzle with buzzing cicadas now outnumbering the valley’s twittering birds. Long gone were the community-fueled strolls through the energetic foothills; it was time to embrace placidity, contemplation and outdoor diversity.

However, amongst the endless paddocks of sun-burnt yellow, rows of resurgent green sprouted throughout the valley; I was getting my first taste of the region’s famous vineyards. Though, instead of brightening my day, they provoked sentimental memories of my winery-filled hometown in the Barossa Valley. I paused for a minute to wistfully remember home. I realised I had been away from Australia for 7 months, and, for the briefest of moments, I longed to be back; but, I knew I wanted to achieve so much more on this adventure before I moved on. 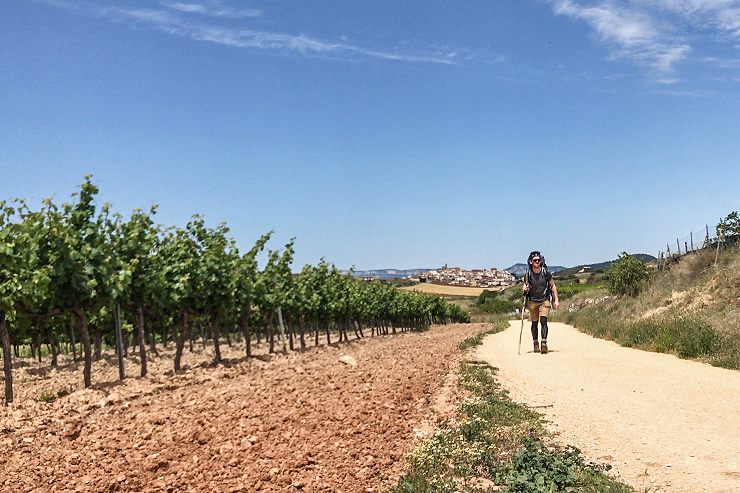 The taste of nostalgia-quenching dried apricots and the sight of our reassembled walking group in Cirauqui eased my melancholic mind and refocused my purpose. And not before time, the remnants of an exceedingly rare historical path lay just outside the city’s medieval walls. 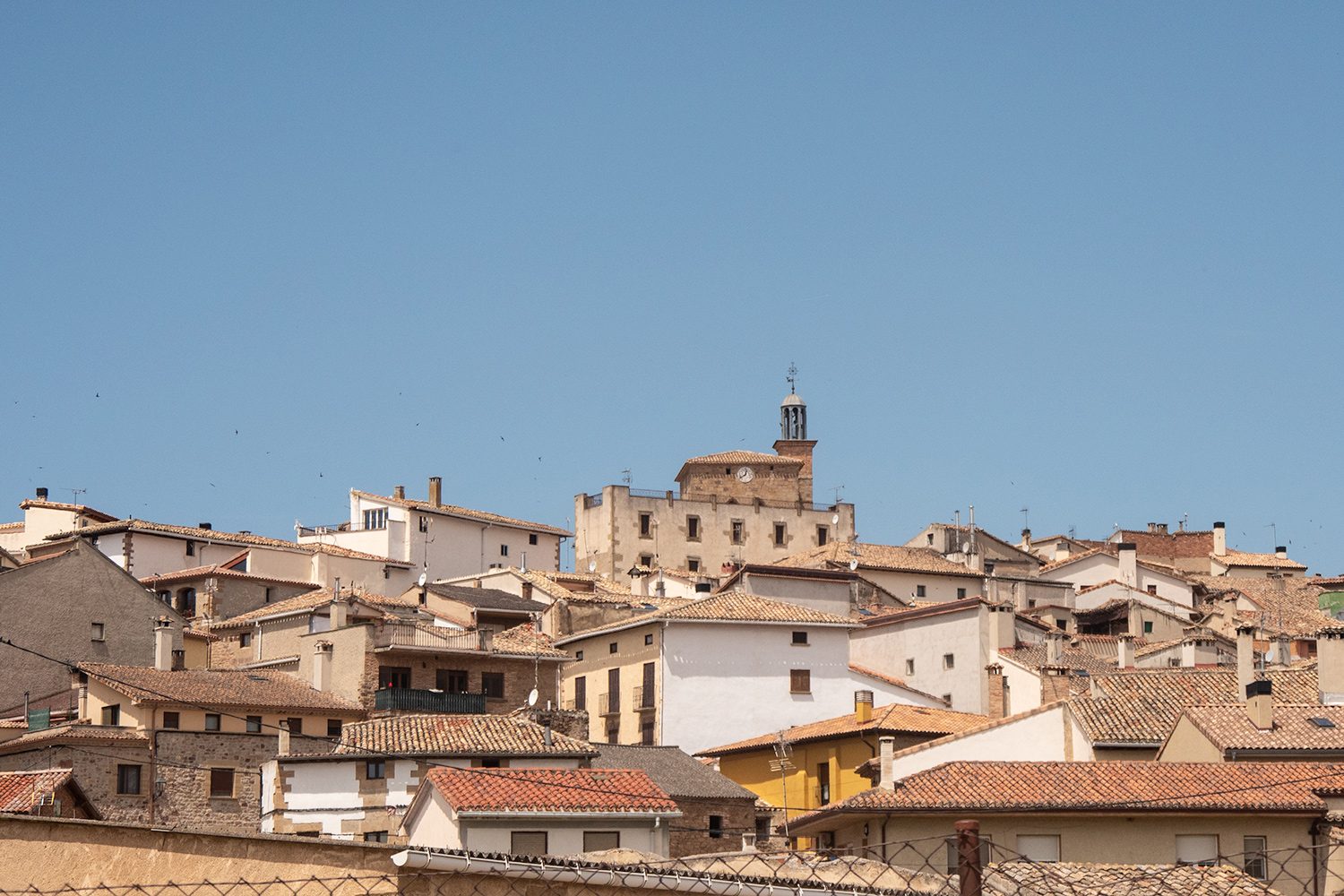 The 3-kilometre stretch running directly from the village takes pilgrims on repurposed and restored Roman roads. These ancient paving stones, worn smooth by constant traffic, have survived two millennia of cart wheels, horse hooves and passing pilgrims. There are very few places in the world where this level of excavation is so readily available to the public.

After you cross the rare Roman bridge, parts of the road appear on the surface. From here to Lorca, the terrain is narrow, wild, and uninhabited, demanding a lot from the pilgrim.
Guidebook

Entering Estella, some 14 kilometres later, was like stepping into pilgrim paradise; the gushing Ega River flowed beside grassy parkland, neighbourhood children laughed and played football in the streets, and several unwinding walkers sipped cerveza’s by the riverside. Unfortunately, we were again too exhausted to fully appreciate the city’s energy—showers, food and sleep were our only priorities. Our mornings would need to start much earlier if we wanted to embrace our evenings. Collectively, we decided Day 6 would begin at the crack of dawn.