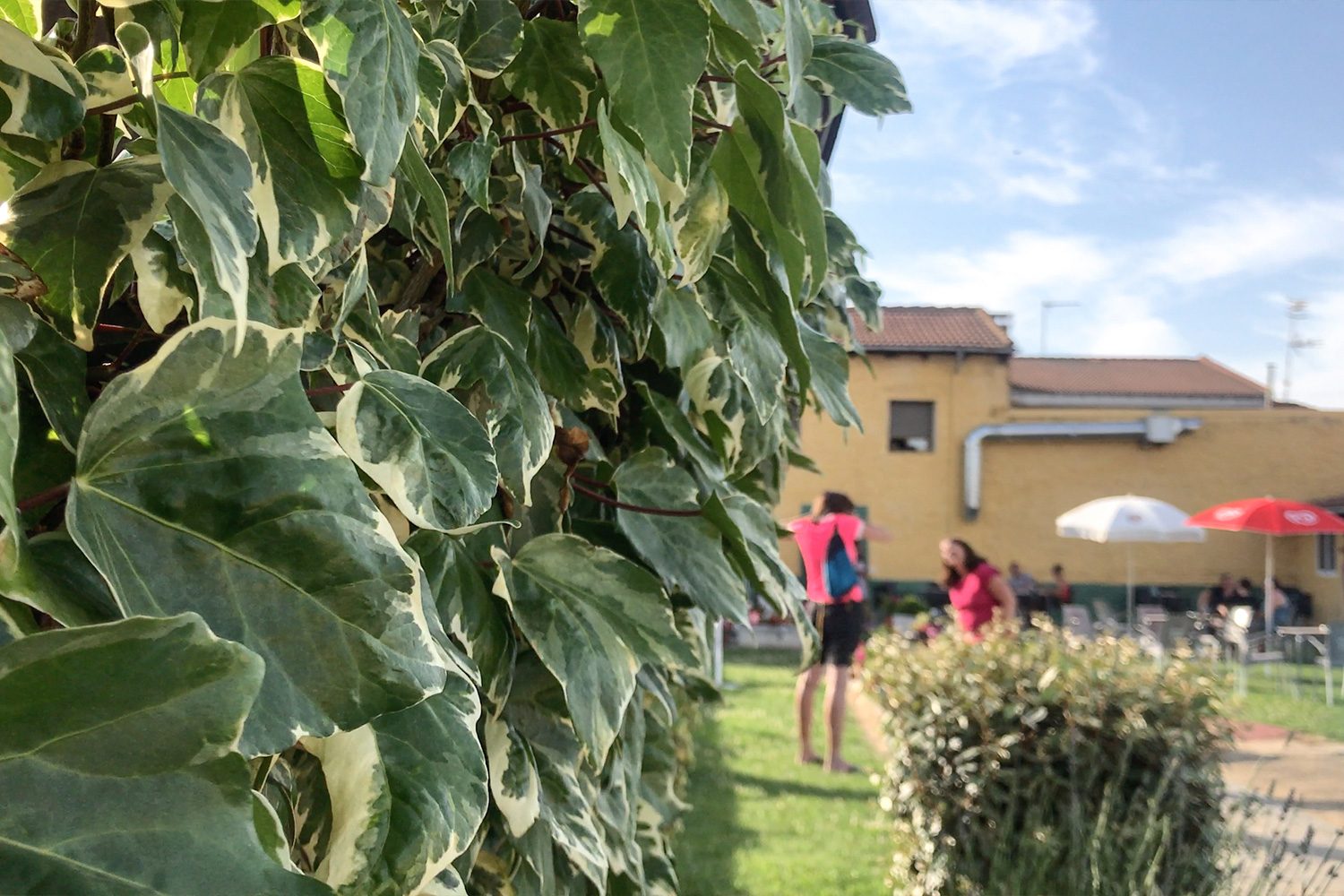 If you’ve managed to hike an entire long-distance trail without questioning every decision you’ve ever made, then congratulations to you. Well done. I have much less control of my thoughts when faced with lengthy periods in my own head. With a featureless road in front of me on Day 21, the unremarkable route to Villar de Mazarife triggered an intense examination of my life’s choices.

The pulsing rattle of my 6:30 AM iPhone alarm was in stark contrast to the dappled sunlight that began my Day 20. This unsettling din signalled that our León retreat was over, and it was time to rejoin the ranks of pilgrims journeying to Santiago.

We farewelled our injured Chilean comrade, Natalia, and entered the city’s labyrinth of cobblestone laneways heading west. Soon, we arrived at the outskirts of the sprawl, and the group deviated to find their morning’s ‘café con leches’ and enjoy the last of the big-city hospitality. I decided to push ahead alone and make the most of the morning’s cooler temperatures.

The Camino offers two routes after León: the traditional path, which hugs the N120, and the alternate path, which crosses secluded countryside toward Villar de Mazarife.
caminoadventures.com

After a weekend of indulging in León’s urban luxuries, I had to remind myself that 50 km of the pancake-flat Meseta remained. There were still two full days of visual monotony to endure before I would arrive in medieval Astorga. Adding to this buzzkill, for lengthy periods on Day 21 the plain’s typically fertile crops had been replaced with fallow fields of demotivating dirt. Even the most basic visual stimuli had vanished. 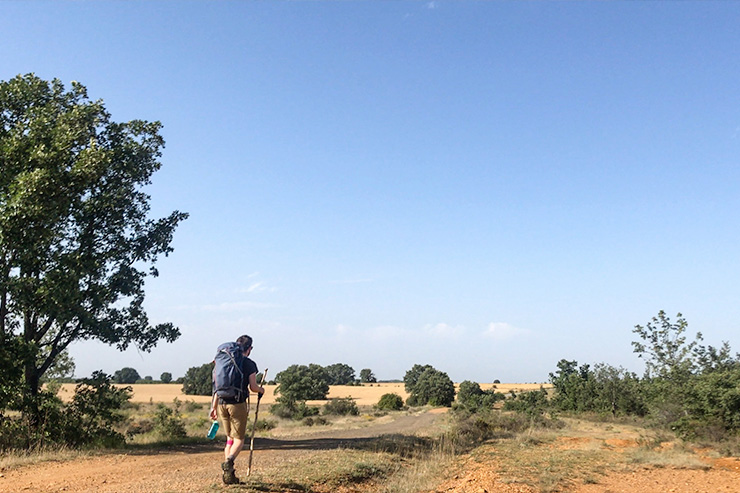 The banality is real.

As a result of the mundanity, my mind wandered further than my feet. Existential dilemmas drowned my brain for much of my isolated march into Villar de Mazarife. I found myself asking the kind of invasive questions typically reserved for the bottom of too many pint glasses — where any inebriated answers can be easily ignored. Rarely are these insights actively probed with 20+ km of ‘distraction-less’ scenery in front of you.

I arrived in remote Villar de Mazarife shortly after midday with my head deep in the mire. Knowing I could only check into the local Albergue a 3 PM, I wandered the deserted streets in search for something to remotivate my senses — I was unsuccessful. The local mini-market only opened briefly in the evening, every local bar owner appeared to be siesta-ing, and the town’s beige single-storied walls offered little shade from the biting sun. I managed to find a speck of shelter under one of the few scattered trees and spent the next two hours savouring my one remaining muesli bar and trying to clear my head.

Thankfully, once Albergue El Refugio de Jesús opened, my perspective rapidly improved. This Spanish oasis offered lush green lawns, fragrant geranium beds, cold beer and, the most rejuvenating of amenities, an aboveground swimming pool. By the time I’d reunited with my pilgrim pals and enjoyed a leisurely paddle, my mind had returned to neutral, and I’d found my one overarching positive from the day. 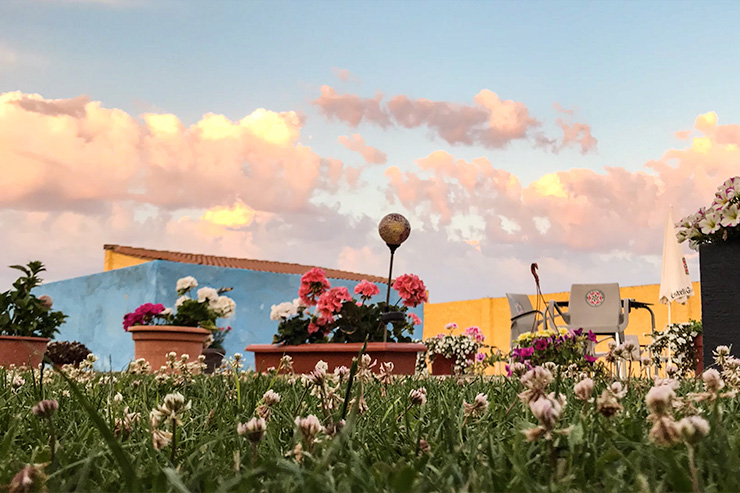 Life is all about picking the right lens.

I was so incredibly blessed to have this opportunity to examine my life’s journey. Most people don’t have the time, freedom or headspace to meaningfully deconstruct their direction. In this day and age, with our focus so often locked into work while our minds are lobotomised by screen time, it was novel to have this uninterrupted break for reflection.

Though confronting, I had penetrated the deepest chasms of my brain and had resurfaced with a better understanding of where I want to go and what I want to do. My future options were indeed endless. But first, I had to complete my current adventure; next stop, the hilly surrounds of Astorga on Day 22. The Meseta was coming to an end, and the Camino’s next chapter was a mere 28 kilometres away. 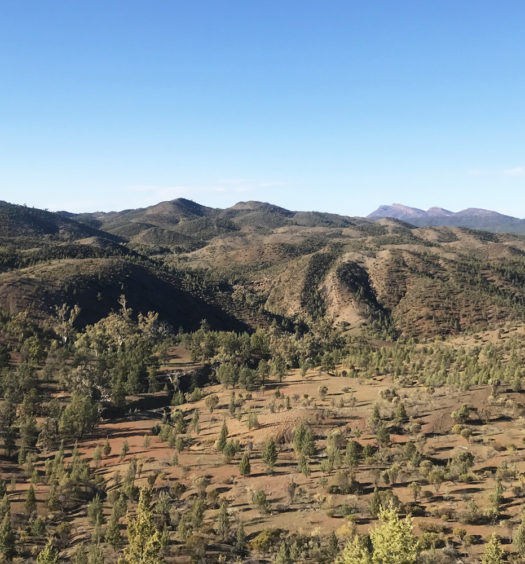 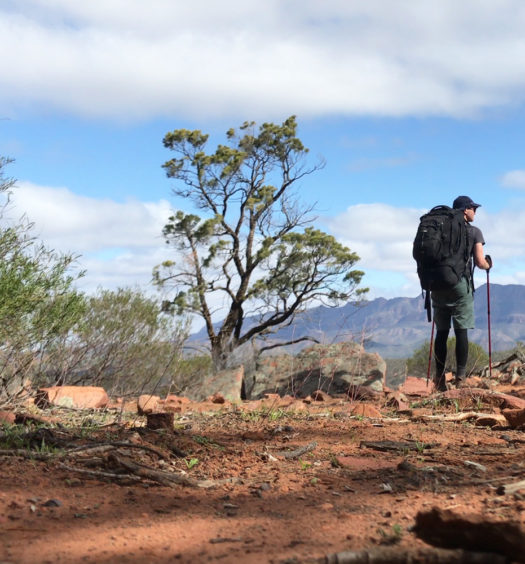