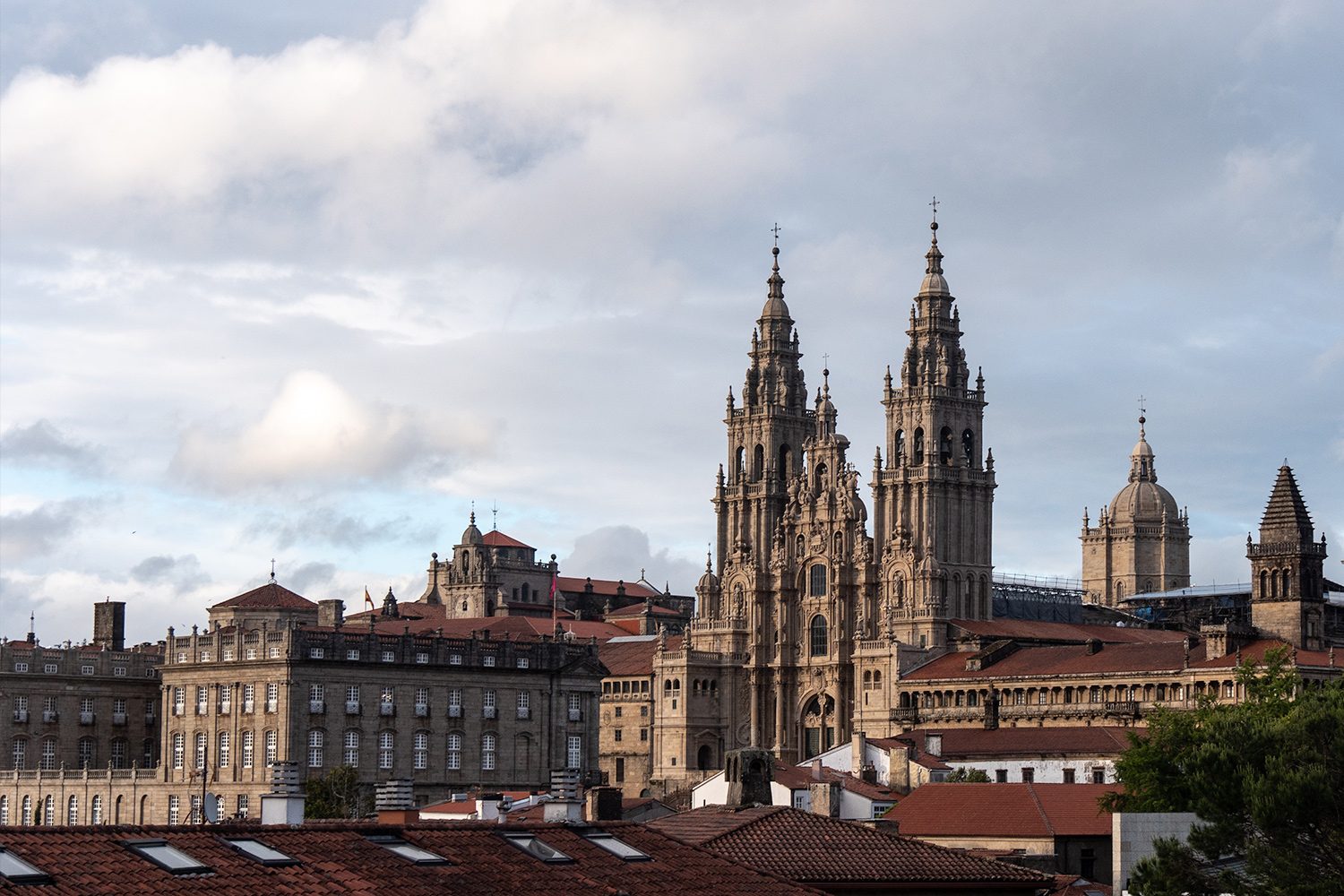 A shift to the present.

After several years of travel, I’d acclimatised to life in flux, regularly contemplating what’s next or deconstructing what has passed. These skills are excellent for making plans and self-reflection, but as a result, staying present in the moment’s delights and difficulties can be challenging. So on Day 31, after a month of constant transition, I made a concerted effort to remain present.

If I thought forgoing my typical 8 am snooze on Day 30 felt unsettling, the 5 am alarm in Albergue Lavacolla was something else. The group were determined to make a headstart on the final day crowds, and my vote was outnumbered. The trail had reached the peak of peak season, and we’d been warned that Santiago de Compostela was heaving. So, I sleepily hoisted my bag over my shoulders and joined the others out in the dim Galician fog.

After one last transient jaunt through the Spanish countryside, we entered Santiago’s urban labyrinth and weaved along the scallop-enshrined cobblestones. The breaking sun pierced gaps through the ancient architecture and lit our path toward Plaza del Obradoiro and the zero-kilometre mark. Passing under the final archway and down the stone steps into the square, the view was not as I’d anticipated. 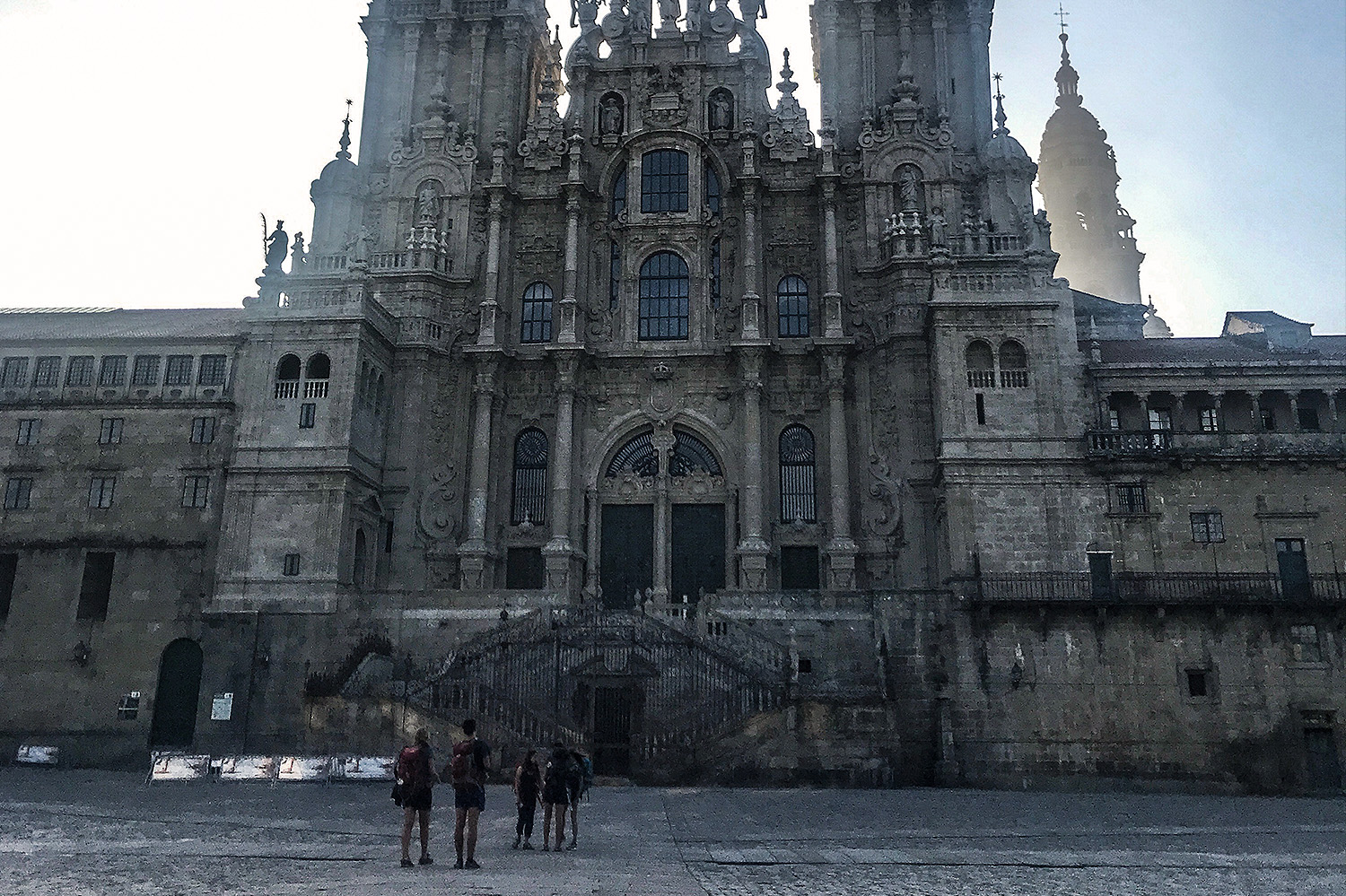 The Plaza del Obradoiro all to ourselves.

I had visited this spot before leaving for France and been stunned by the vast crowds, peddling merchants, summer rains, and echoing drawl of bagpipes. However, this morning’s atmosphere felt entirely serene, and the deserted square provided a surprising moment of hushed introspection. I unshackled my belongings and reclined against a granite pillar facing the imposing Cathedral of Santiago de Compostela. There I sat; just me, my backpack, my faithful walking stick and my thoughts.

The rest of my hiking troop continued to hug, smile and chase the Instagram money shot while I quietly pondered. I know how quickly these definitive moments can pass; I wanted to internalise the trip’s grand finale as much as possible. Granted, I planned to extend my journey by three days to Finisterre at the ocean’s edge; but right here, right now, in this square, the Camino’s end felt genuine.

Catedral de Santiago de Compostela stands on the hill where Santiago’s tomb was buried in the 1st century before being discovered in the 9th century.
moon.com

After a while, an emotional Marie joined my reflection, and we sat together in humbled silence. As the shadows shortened, we watched as steady streams of pilgrims filtered into the square – crying, dancing, embracing and gazing around in wonderment. The Plaza del Obradoiro must be one of the most expressive, emotional places in the world. Travellers from far-flung destinations walk for days, weeks and months (depending on their Camino adventure) and, ultimately, arrive in this sacred city. They sacrifice considerable amounts to be here, postponing or redirecting life outside the trail and expending enormous amounts of energy and time to complete the journey.

People walk for many reasons: the challenge, spiritual awakening, cultural and historical passions, or redefining their everyday; but inevitably, they discover far more about their abilities and capacity. A combination of perseverance and sweat unearths scrutiny into self, lessons in independence, a simplification of life, a need to stay present, and a strengthening of trust. So, after such a prolonged physical, mental and spiritual exploration, it’s unsurprising to feel such deep insights bubbling over at the finish line. 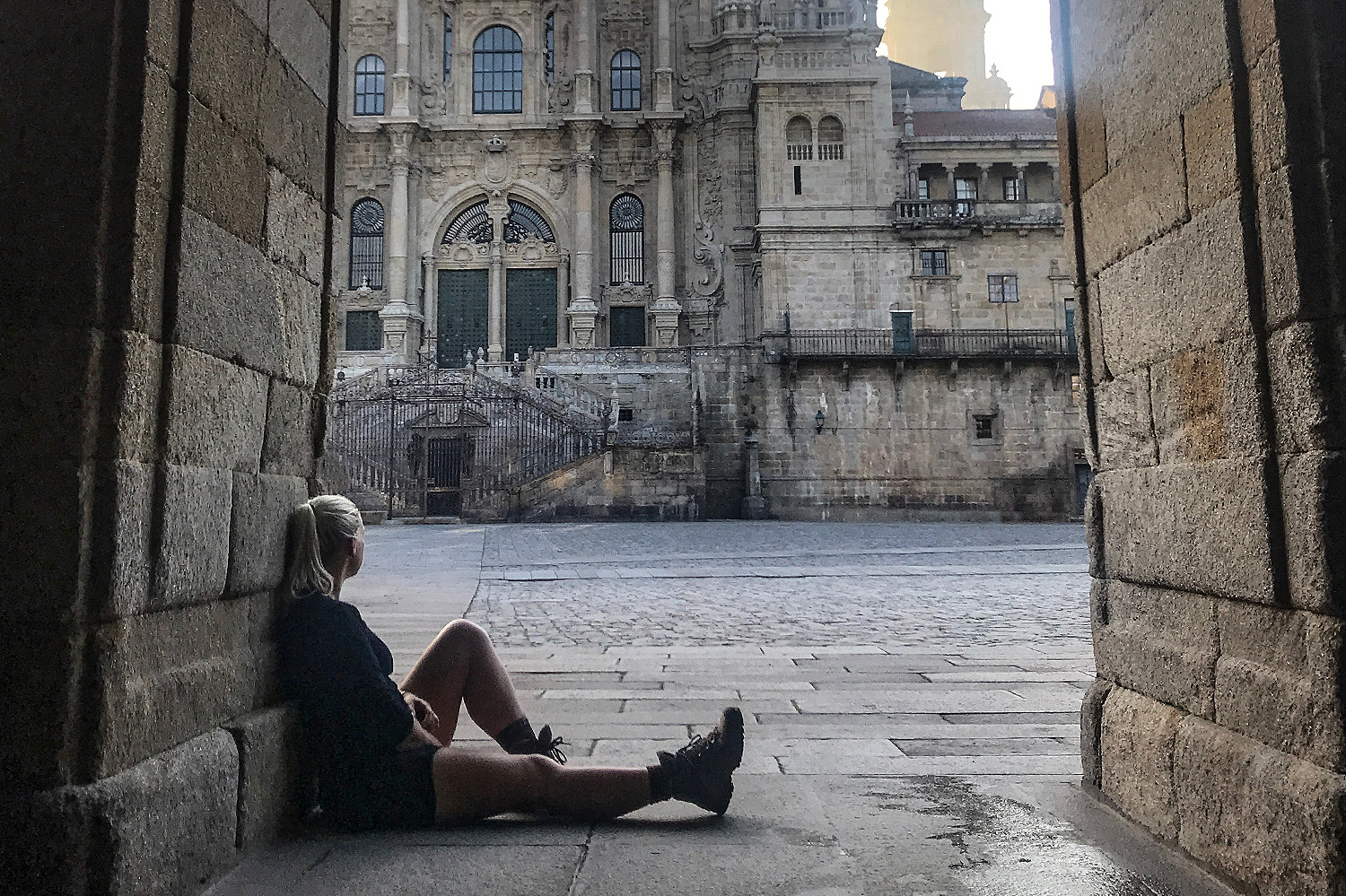 In between signing off my Compostela paperwork, having a much-needed haircut, visiting Saint James’ Tomb, and preparing for the night’s celebratory feast, I returned intermittently to the square to soak in the festive mood and welcome pilgrims I’d met along The Way. Remarkably, both Natalia and Susanne had carved through Camino’s draining heat and entered Santiago minutes apart; I was reunited with members of my original ‘walking party’ at long last. We hugged collectively amongst the milling crowd, and my morning’s ironed-on smile widened even further.

I soon noticed two other familiar faces among the crowd: the Bulgarian couple I departed the Saint-Jean Albergue with on Day 1. Other than occasionally seeing each other in trail towns, we’d hiked the entire Camino Francés separately, without saying a word. To think, we shared the same road, but our paths scarcely intersected. At that moment, I realised we are all on our own journey but never alone, even in silence; someone has always either endured or enjoyed our experience.

They eventually recognised me, and we hugged, still without a word – they weren’t necessary at this point.

The group’s break-up dinner was the perfect end to a month-long pilgrimage. The cuisine embodied northern Spain, the company exemplified friendship and gratitude, and the atmosphere oozed a euphoria that only a long-distance trail can supply.

I worked my way up and down the table, hugging, laughing and discussing future adventures; the smiles were rich, and the plans were many. By the time I’d completed my lap and sat back down for my decadent flan dessert, my brain had processed all the information it had just gathered. One thing became abundantly clear: I was the sole pilgrim continuing toward the ocean on Day 32. I was taken aback. My Camino experience would feel very different come morning. 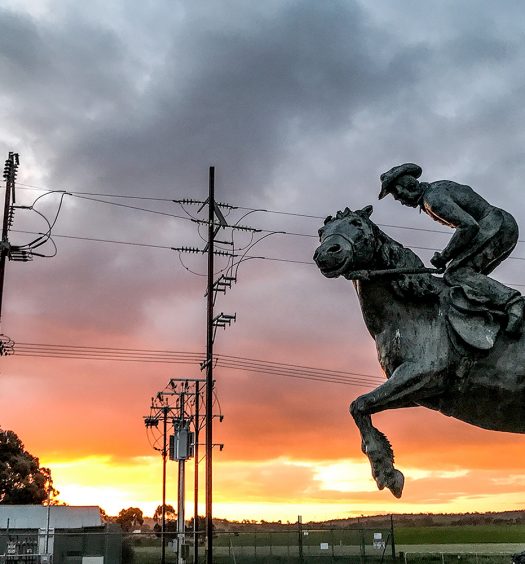 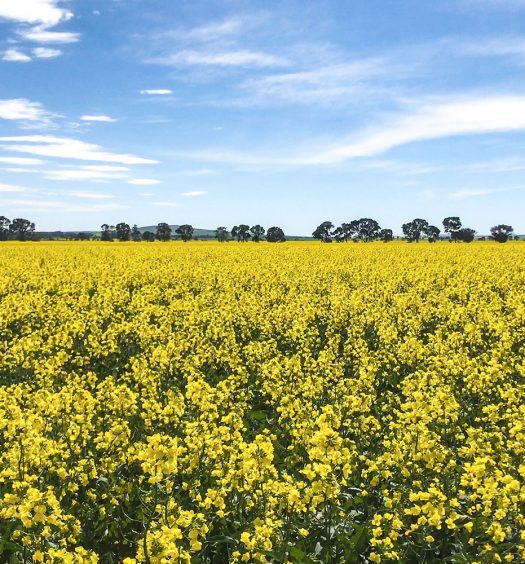