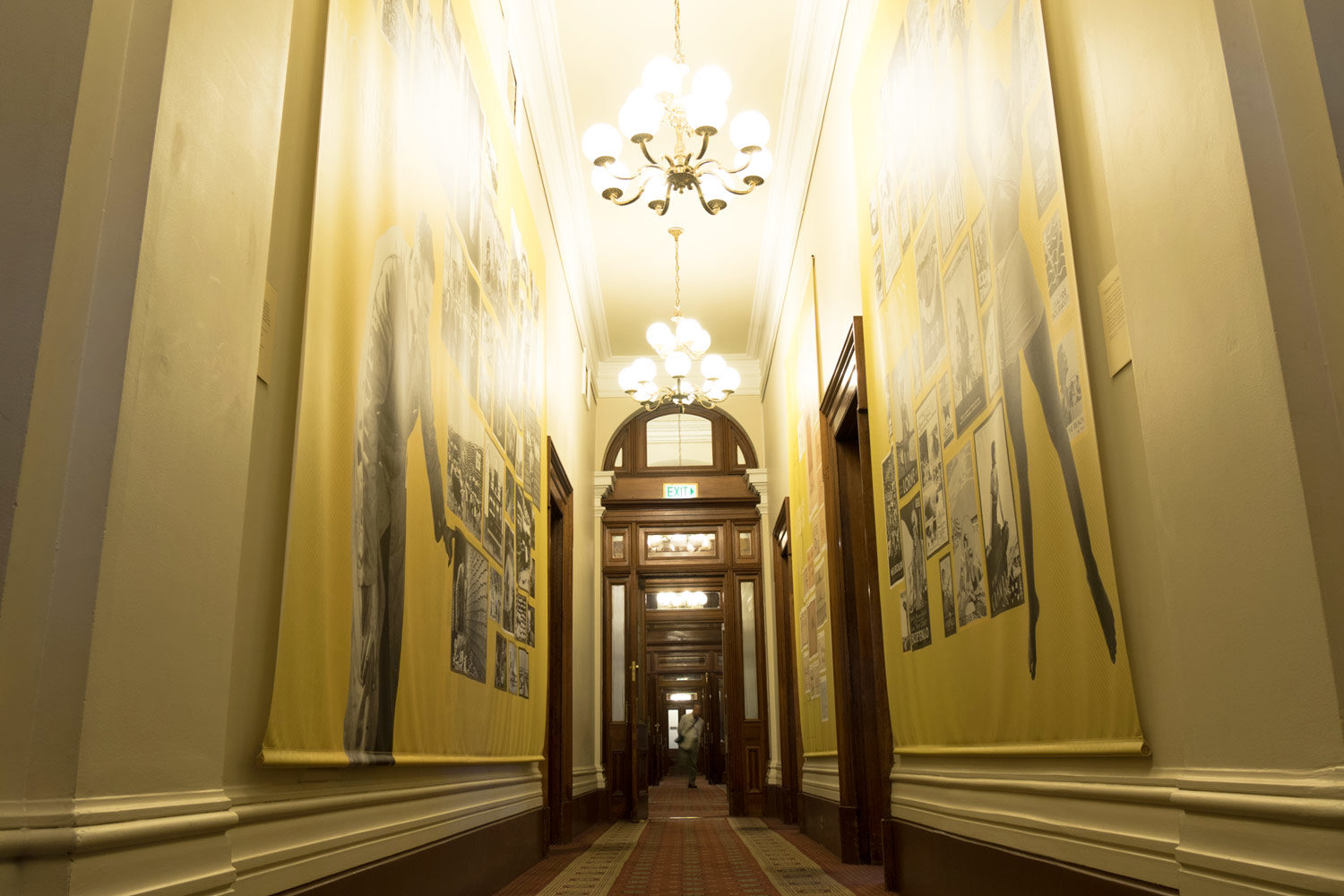 An informative and historic insight into Melbourne life since European settlement.

I’ll admit it; the Old Treasury Building was not on my travel radar at all. I could whip up an intrepid anecdote about my lifelong dream to explore the inner sanctum of one of Melbourne’s (and Australia’s) most grandiose nineteenth-century buildings, but that would be a fib. The truth is, I stumbled across this east end edifice completely by chance.

After visiting the nearby Fitzroy Gardens and taking the drone for a spin, consequently observing, then visiting, St Patrick’s Cathedral, I was on my way back into the city centre. Then out of nowhere, there it was, draping banners read ‘free entry’. Well, you have my attention. 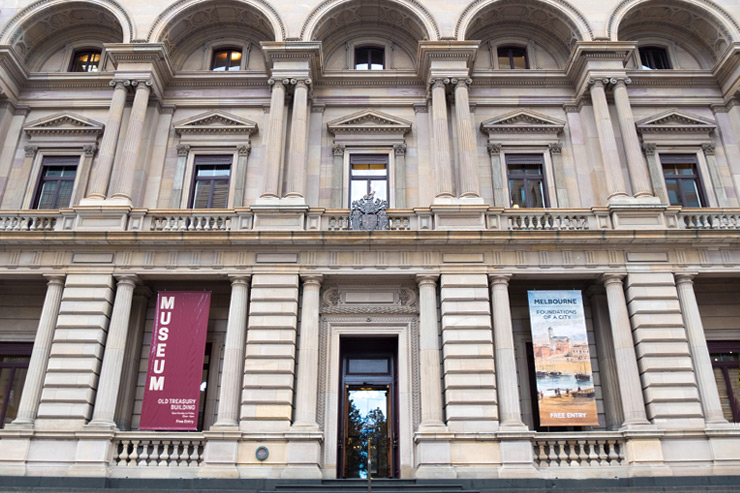 The entrance to the Old Treasury Building, Melbourne

Perhaps the reason I hadn’t noticed the Old Treasury Building before was its position; next to its much grander, more publicised neighbour, Melbourne’s Parliament House. Despite its own architectural attraction, the Old Treasury tends to get dwarfed by comparison. Not knowing what awaited me, I warily made my way up the steps.

On entry, I was greeted with a welcome handshake, a brief introduction to the premises and a guiding palm toward the exhibition spaces. I wandered in to check it out.

Now, I understood, through my tour at the aforementioned Parliament, that Melbourne was ‘built on gold’. The gold rush in the mid-nineteenth century provided much of the wealth for the state of Victoria, but I had no idea how much. Nada. 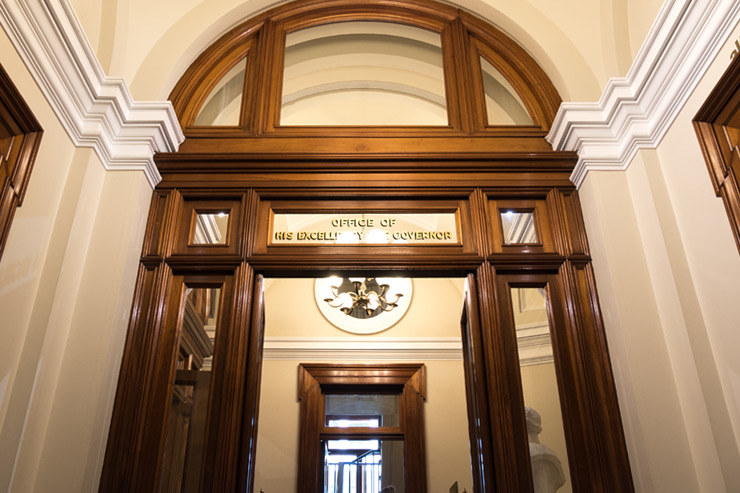 Melbourne was, in fact, the richest city on earth in the 1850’s. ON EARTH! You’ve heard of that place, right? It goes some way to explaining how the city continues to thrive, both economically and innovatively, being built on such a wealthy platform.

The Old Treasury Building, as you may have guessed, originally stored the state’s supply of gold; once it had been unearthed from the goldfields and sent to be processed. Today it houses a history museum, complete with exhibition spaces and the original downstairs vaults. 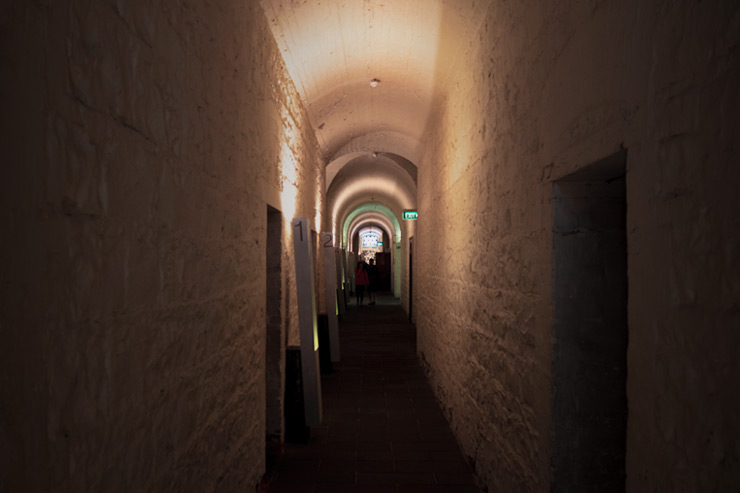 The tunnel in the vault basement.

The sweeping ‘Early Melbourne’ exhibition chronicles the cities development from a ramshackle village to the progressive metropolis we see today. Other permanent ‘ground level’ exhibitions include the struggle of the indigenous population to preserve their culture and how gold influenced democracy in the state of Victoria. From here, I excitedly made my way downstairs in search of the gold vaults. 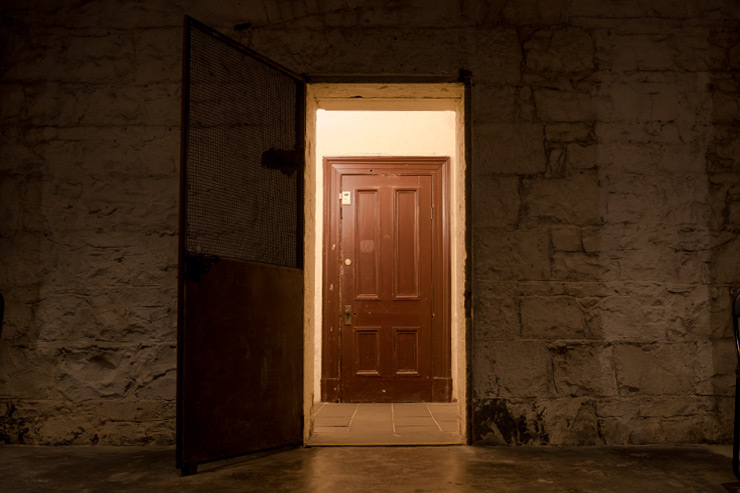 One of the many vaults in the Old Treasury basement.

Predictably, the conditions of the basement were a little dim and dusty. After all, it was constructed over 150 years ago. However, each individual vault comes to life using creative audiovisual presentations that educate and entertain passing visitors. Some detail the living conditions at the time; others tell tales from those living in the fields, while one contains actual gold – don’t get too excited, it’s secured behind unbudgeable glass.

My impromptu exploration of the Old Treasury Building was a surprise, to say the least. But a pleasant one. I’ll go as far to say you won’t find a better free account of Melbourne’s history. 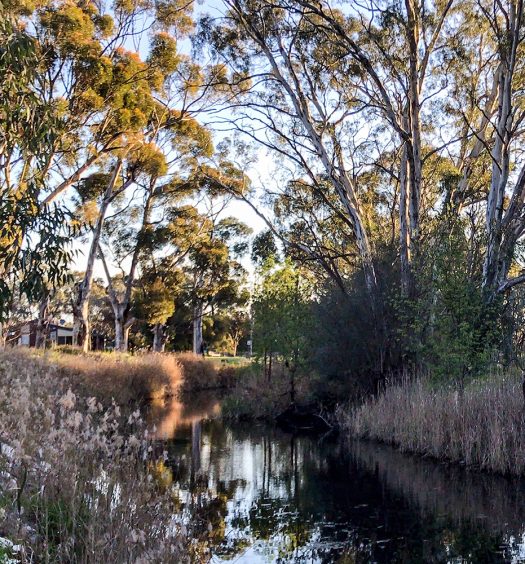 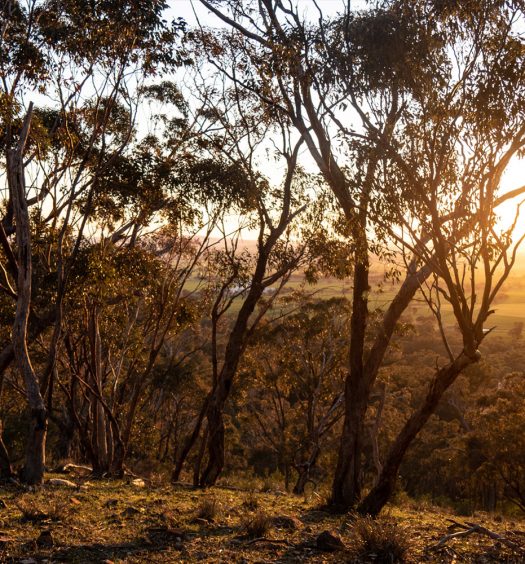