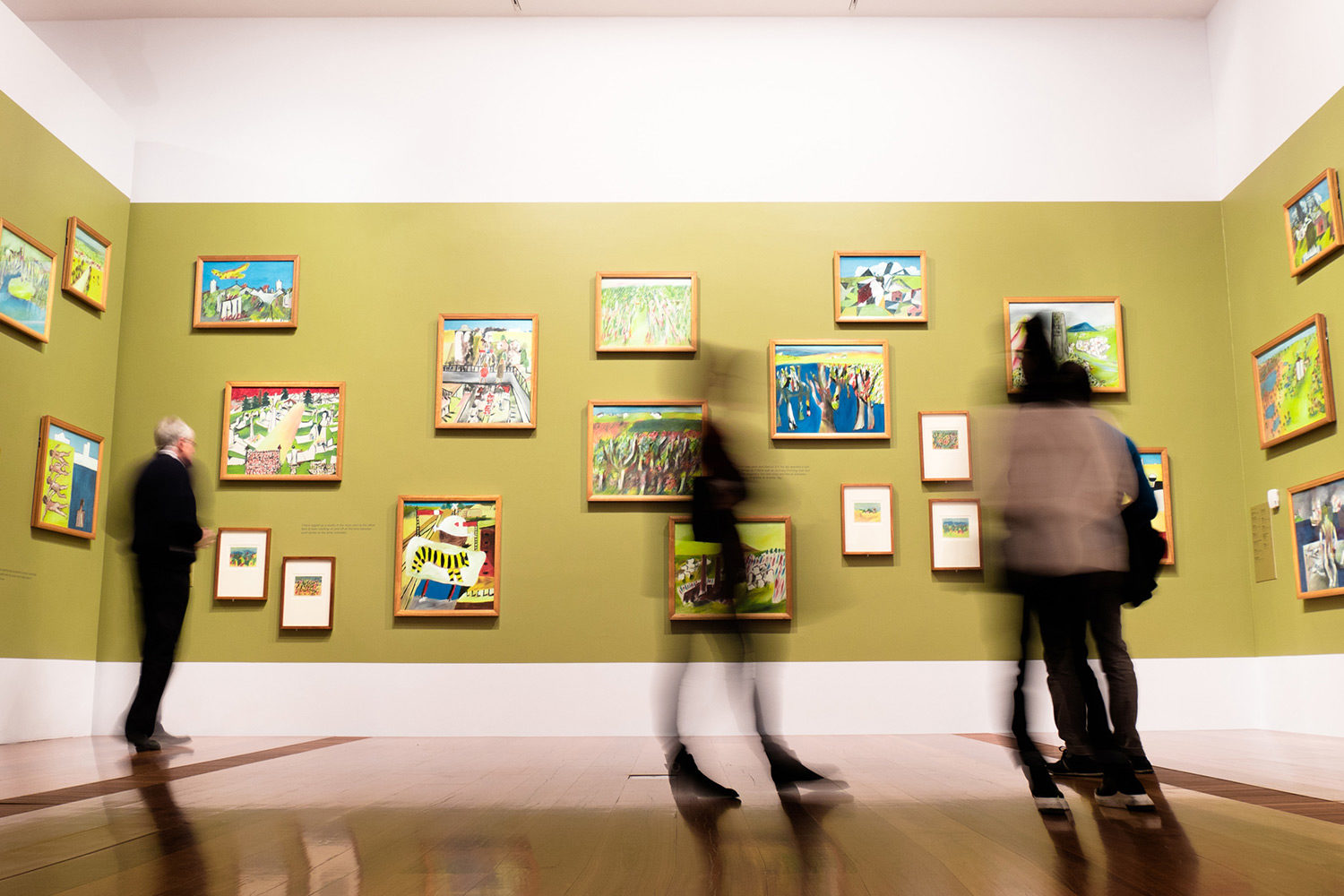 A gallery so big and beautiful they had to build it twice.

It takes two architectural gems in Melbourne’s south end to fit the 70,000+ works collected by the National Gallery of Victoria. Firstly, the NGV International exhibits pieces from all over the world; reaching from Oceania and Asia, all the way to Europe, Africa and the Americas. While up the road, the Ian Potter Centre: NGV Australia contains Indigenous and non-Indigenous Australian art, dating from the colonial period to today.

Despite separate locations, themes and collections, both galleries offer similar features. They are completely free to visit, they regularly refresh their displays, they host travelling exhibitions, and their volunteer-run tours are a brilliant source of knowledge. 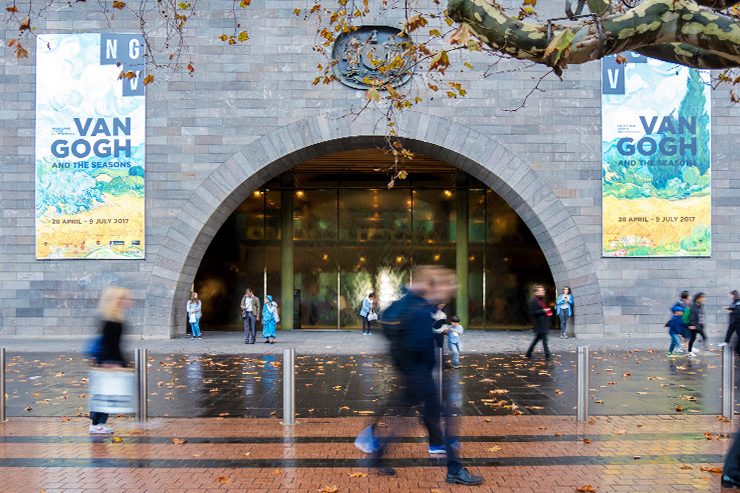 Is it me, or does the NGV International entrance resemble a medieval castle?

It’s difficult to digest exactly how extensive this gallery is. The enormity of the building is unmistakable as I walked toward the castle-like structure on St Kilda Road. But somewhere between the sweeping ‘moat’ and the cascading window waterfall, I lost my sense of scale.

Once inside NGV International, I checked my camera bag at the complimentary concierge and made my way to the bustling lobby. The immediate interior of the building is just as elaborate as the exterior. Tall ceilings, towering windows and a ridiculously elegant chandelier all adorn the foyer. 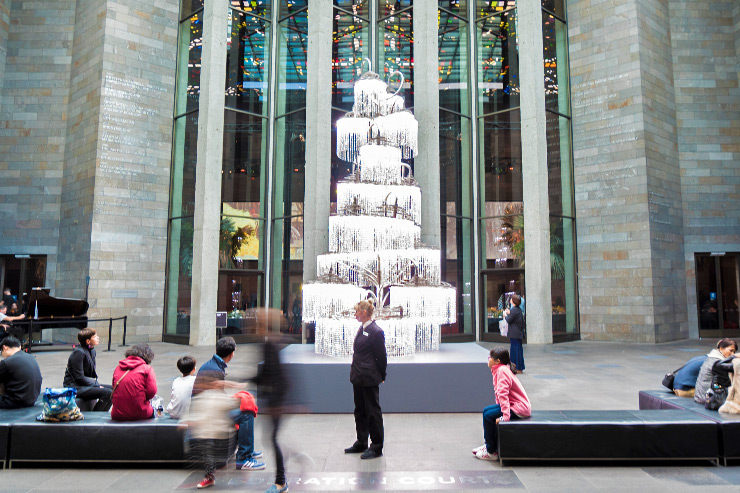 Before I jumped in on the free hour-long ‘Collection Tour’, I decided to drift through a few sections of the gallery, attempting to regain my bearings. After about 10 minutes of getting lost, it was obvious I had no idea where I was going. There were just too many ‘things’ to take in, without some guided support. Despite studying a little art history at University, I have no idea what I’m looking at when it comes to a collection this comprehensive. Best leave it to the experts; I scurried back to the tour meeting point.

After a quick introduction from the guide, the 8-strong group set off to explore the complex chasms of the gallery. Similarly to the Melbourne Greeter Service, the route is up to the discretion of the guide. Each guide creates their own path through the maze of paintings, sculptures and photography, creating an educational insight with a personable touch. 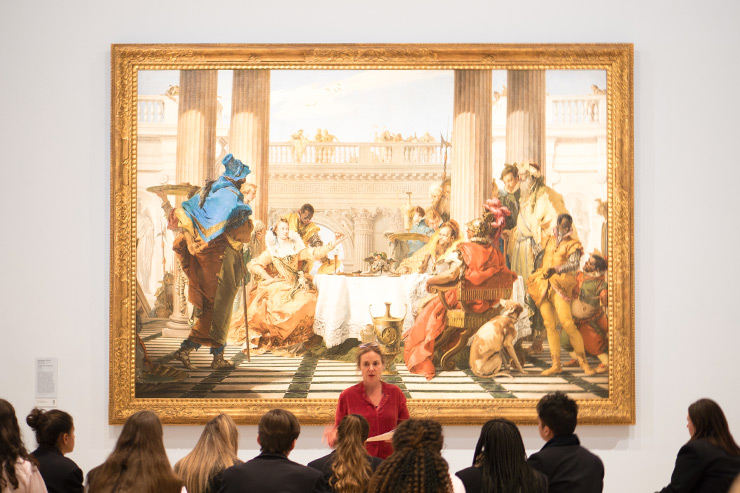 One of the many talks hosted throughout the gallery.

I could carry on paragraph upon paragraph about all the things we saw, but I will summarise in one word; ‘diversity’. Nearly every corner of the globe is covered in the length, depth and breadth of this building. The most surprising aspect of the collection was the lifespan of some of the pieces. Some of the Asian and Middle-eastern artefacts were over 6,000 years. Incredible!

It was several days later when I finally had the opportunity to explore the ‘Australian-half’ of the NGV collection. Admittedly, I had already visited this gallery, during a previous meander through the neighbouring Federation Square. However, as this earlier trip was a few years prior, I was keen to seek out any new developments.

The first thing you notice, when comparing NGV Australia with it’s livelier International sibling, is the relative calm within the building. The hustle and bustle of the St Kilda Road complex is in stark contrast with the more subdued environment of the Fed Square gallery. These quieter surroundings appeared to reflect, directly, the tour party numbers; the free ‘Collection Tour’ group consisted of myself and the guide. 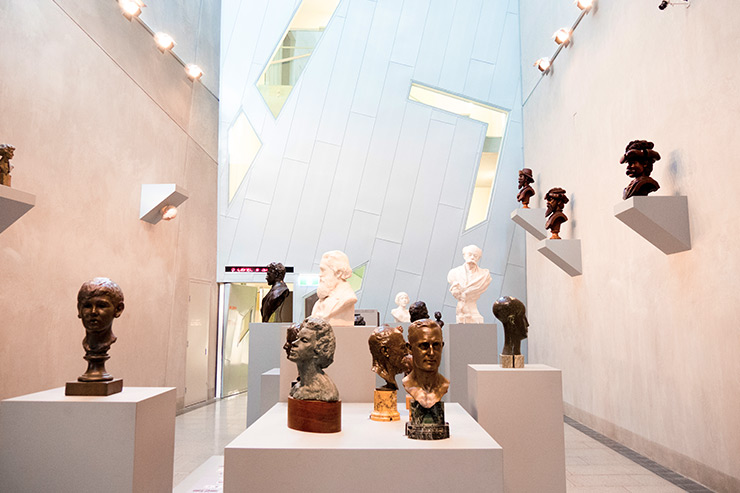 Don’t lose your head walking around NGV Australia; this is where it ends up.

Don’t get me wrong. We weren’t the only two swanning around; it was busy! But it seemed easier to relax, not get in anybody else’s way and absorb the invaluable knowledge from the tour.

With the shackles of a slow-moving tour party removed, we were able to cover a majority of the gallery. The lovely guide led me through each exhibition, explaining how each room is carefully curated and representative of its contents. Some spaces depict tombs, others churches. Something that’s immediately obvious after it’s explained. 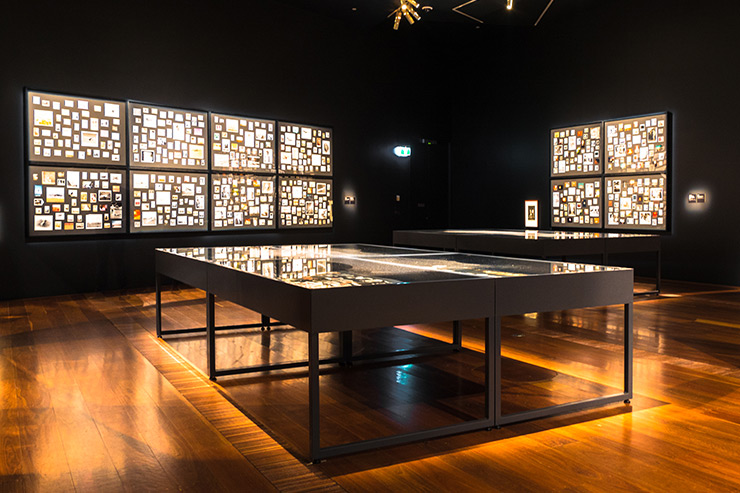 This photography collection is a prime example of how different each exhibition setting appears.

One of the regrettable aspects a gallery, with regularly changing exhibitions, is that displays are often closed. Yep, you guessed it. One of the wings was out of action. Unfortunately, I missed a largish chunk of the Indigenous art typically offered at the gallery. Bummer! Lucky there was more than enough to keep us busy otherwise.

The Ian Potter Centre: NGV Australia may not have as many bells, whistles and well… art pieces as the NGV International gallery. But if you have any interest in Australian art or history, it’s an experience not to be missed. 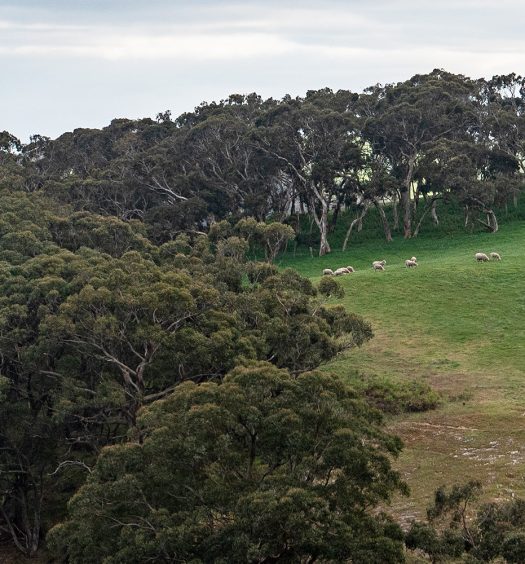 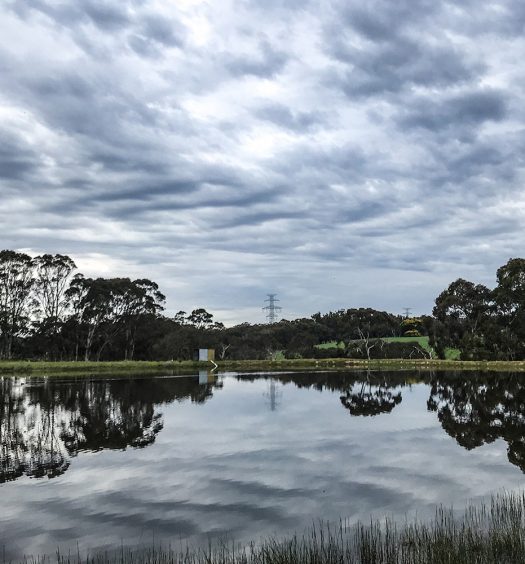