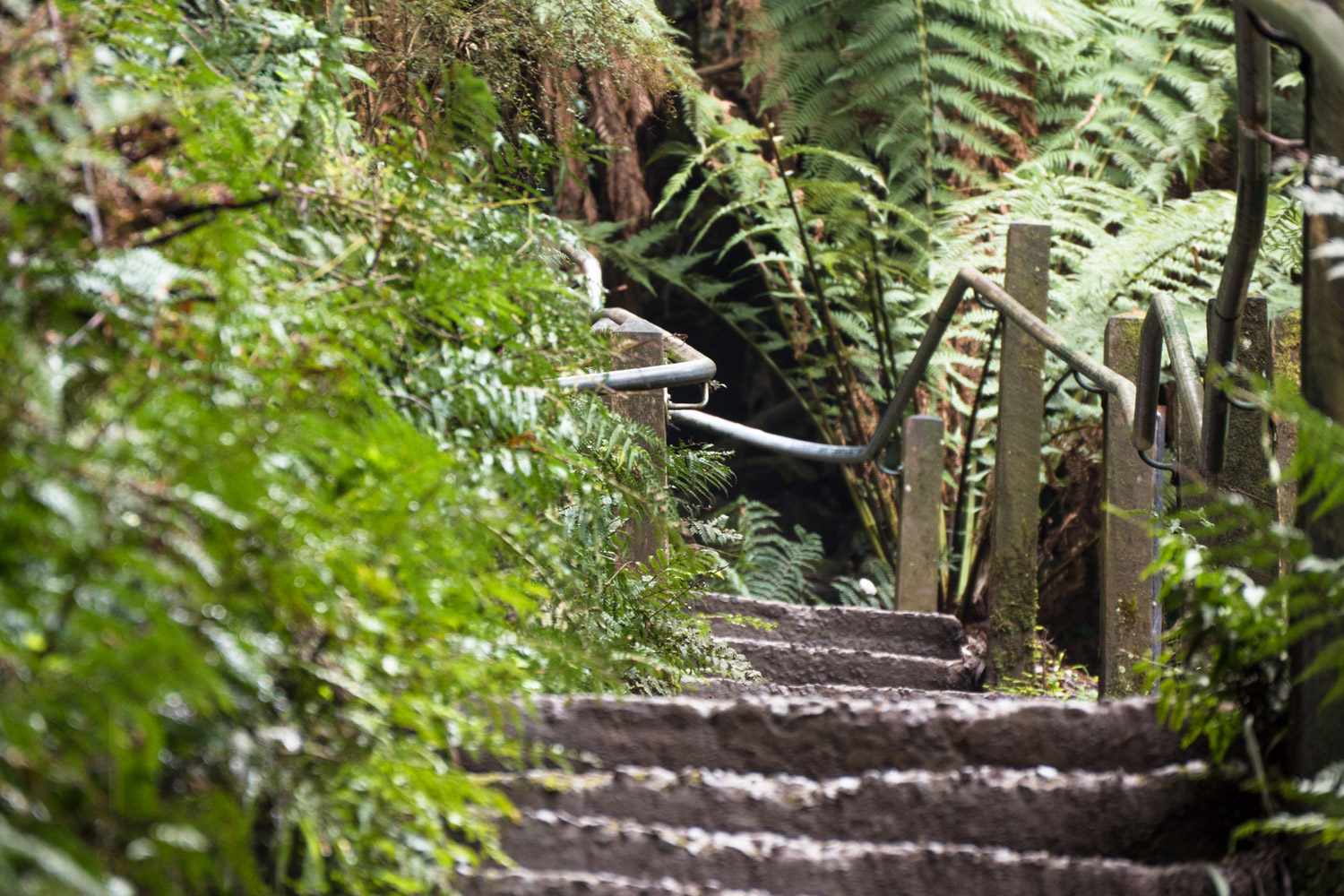 Something to offer hikers and fitness fanatics alike.

I’ve officially been in Melbourne for over a month. Whoop, whoop! So far I’ve visited some incredible structural Melbournian masterpieces; the majestic State Library, the contemporary Federation Square and don’t get me started on the stately National Gallery of Victoria, however, something was missing. Despite frequenting the Royal Botanic Gardens and visiting various parks dotted around the city, I felt that I hadn’t left the concrete constructs of the CBD.

Enter the 1,000 Steps Walk at Ferntree Gully, in the Dandenong Ranges; a place of luscious overgrowth only a 1-hour train ride south of the city.

I’d heard from several sources that the scenery along the track was well worth the steep upward climb. However, in typical Melbourne fashion, a fog blanketed the city and surrounding ranges, dampening my photography spirits somewhat. Nevermind, the resulting crisp air brought with it a certain cleanliness that invigorated the soul, and had me scrambling for my jumper. 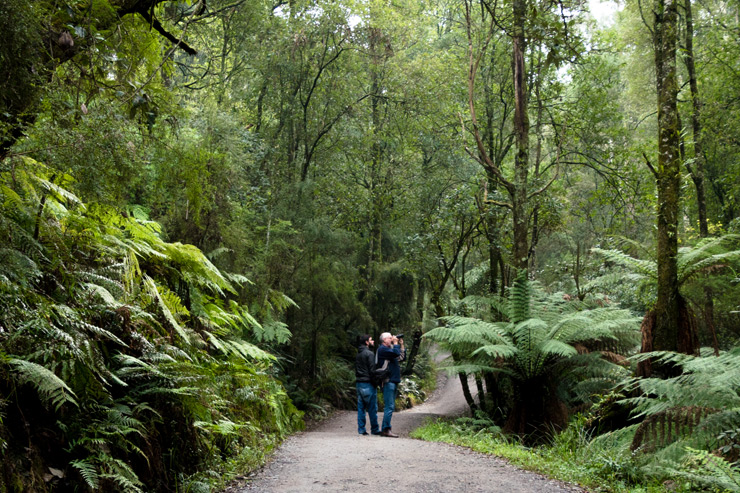 Dandenong Ranges: Home of the Photographer

As well as operating as a fitness hub for the locals, the preluding park, picnic area and pathway serve as a memorial to the Australian soldiers who battled the Kokoda Track, as well as the enemy, during WW2. Along with the Shrine of Remembrance, the Kokoda Track Memorial Walk one of the great sources of wartime history in Melbourne. The various plaques, statues and information also works as a perfect distraction if you’re looking to procrastinate before making the ascent *looks around sheepishly*. 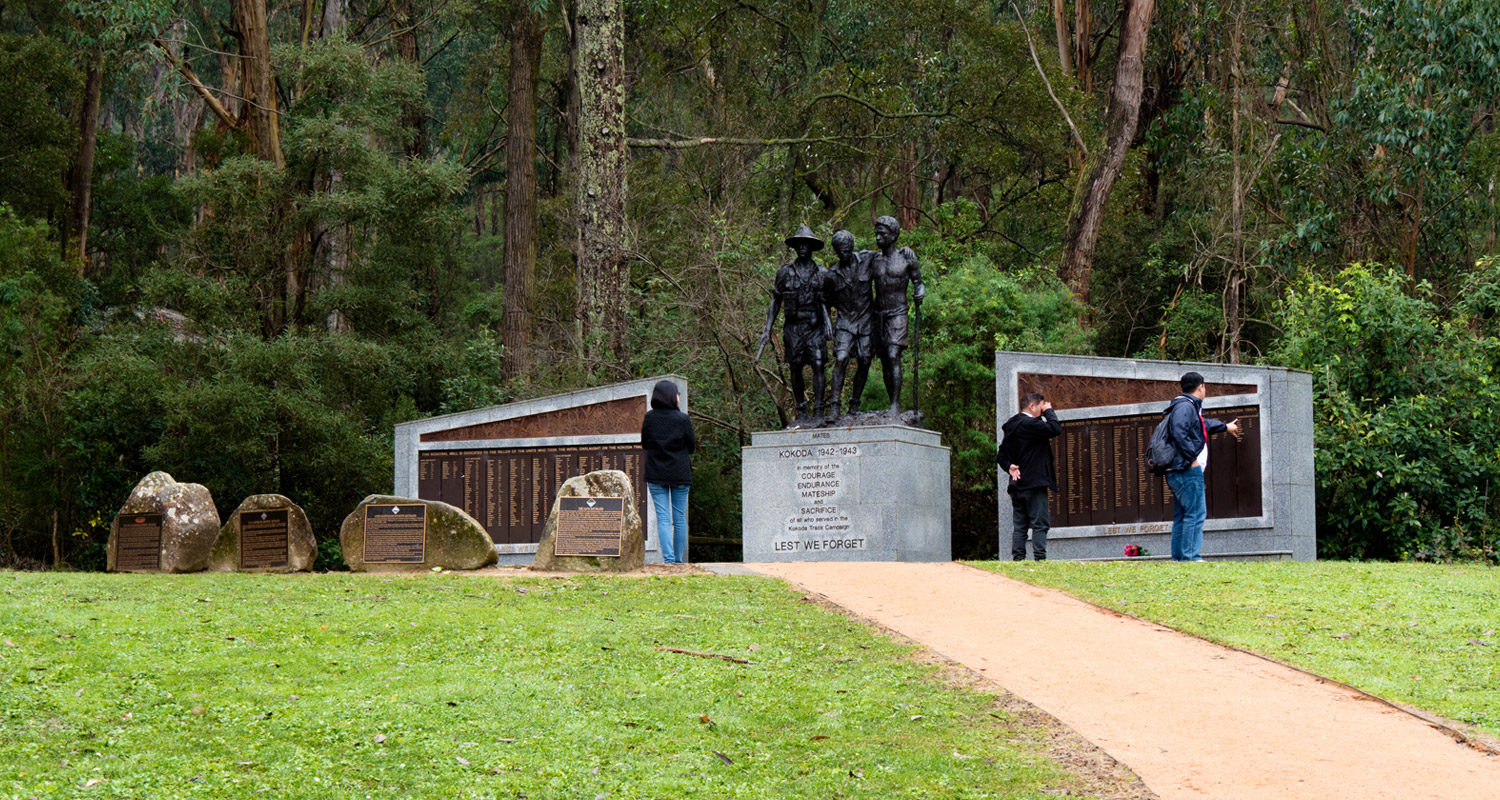 One of the many memorials along the Kokoda Track Memorial Walk

By the time I made my way to the foot of the 1,000 Steps Walk I was well and truly in my rhythm. There was a small area to do any final stretches and have a quick drink before the winding path whisks you off into the dense fern undergrowth.

Warning. I stretched my legs for about 5 minutes but still ended up with a really sore butt at the end of the day. I’d recommend dragging out any glute and hamstring exercises for at least another 5 minutes. 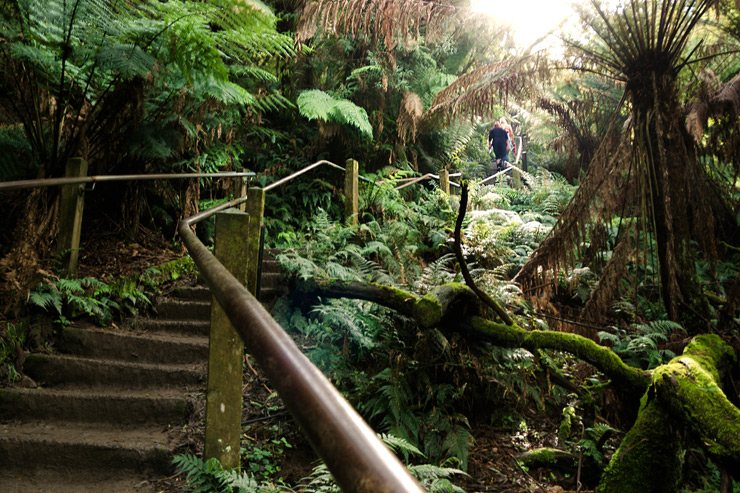 The track is a popular route for fitness fanatics

The view along the trail was as spectacular as promised. Every turn of the undulating path, following the creek bed below, was as green as the last. I couldn’t help but think back to the urban Street Art Walk, through the CBD, that I’d trekked only 48 hours earlier. Such an abrupt contrast, but memorable in equal measure.

I realised about halfway up the hill I was sweating profusely. Not just a bit, thoroughly drenched. The cold air was acting a mask for the amount of work I had to do to get this far. I realised my grey tee was soaked through. Ordinarily, I would de-jumper and air out. But with all the lycra-wearing beauties flying past me, I couldn’t handle that sort of embarrassment; particularly not with my puffed red face. I soldiered on. 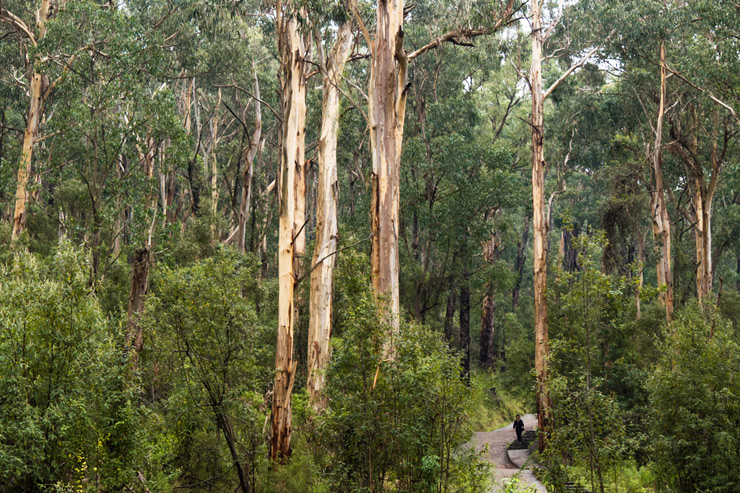 At the foot of the Lyrebird Track

There is a strong sense of relief and achievement at the summit. Added to this, I had the pleasure of eating my packed lunch with one of the locals (pictured below), which made for an unforgettable morning. 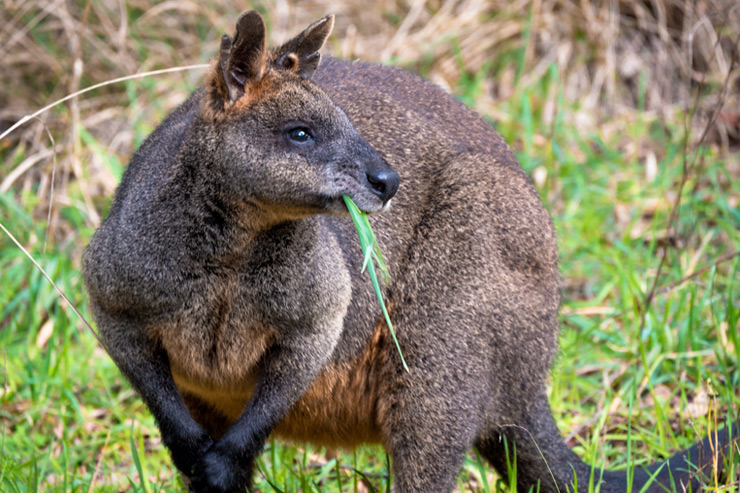 As for the descent, there are 3 immediate options. Either head back down the 1,000 Steps, take the Lyrebird Track to the Kokoda Track Memorial Walk or head on the winding Belview Terrace Track. Albeit a little longer, I chose the latter for the change of scenery.

The 1,000 Steps Walk requires, at the very least, an average fitness base. The incline is quite steep in places, and you might get skittled by fitness machines, but it’s worth it for the scenic reward. 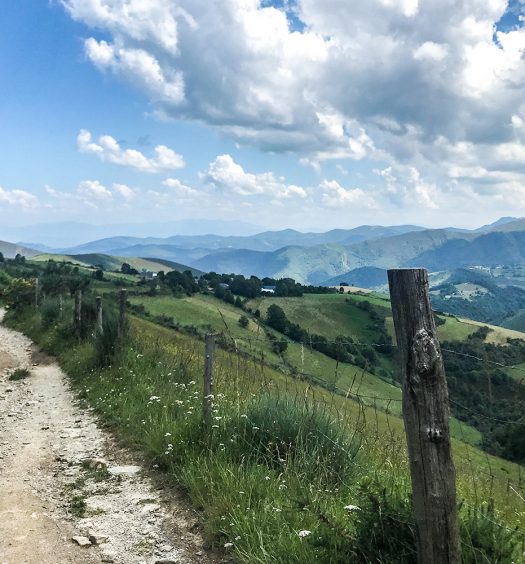 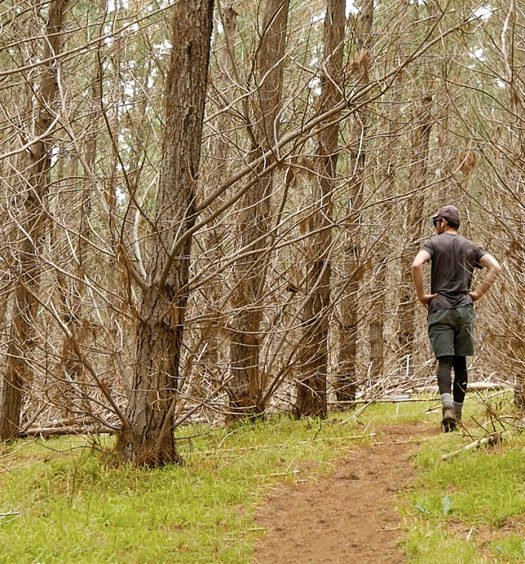