The seasons turn quickly in Melbourne (at hourly intervals on some days) and while Winter’s chilly conditions are at least predictable, the skies are certain to bring rain clouds, which inevitably result in a downcast Josh. However, that downward gaze did happen to spy a glimmer of gold on the forecast: 19° and sunny in June. I wasn’t going to let this meteorological rarity elude me — it may well be my last opportunity to enjoy Melbourne’s sun-drenched outdoors before Spring. Time for a hike!

The Dight Falls Trail at Yarra Bend Park had been positioned near the top of my to-do list since I touched down in Melbourne. The trail ticked all the boxes: free, picturesque, close to the CBD and easily accessible via public transport — the perfect path for a rambling nomad. 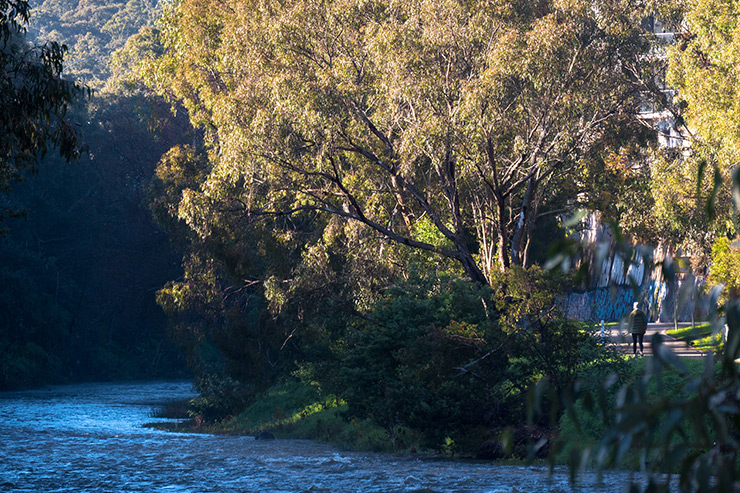 The Dight Falls Trail follows the curves of the Yarra River.

From the city, I jumped on the early morning train to the suburb of Abbotsford, walked through the historic Victoria Park Football Oval, zipped through a smattering of residential streets, and arrived at Dight Falls. Now, typically when I hear the word ‘falls’, I envisage a thundering cascade of water smashing down amongst jagged rocks; these falls were more of a tame trickle — perhaps I’d romanticised the word a little. Nevermind, the scenic views at Yarra Bend Park more than made up for my overactive imagination. 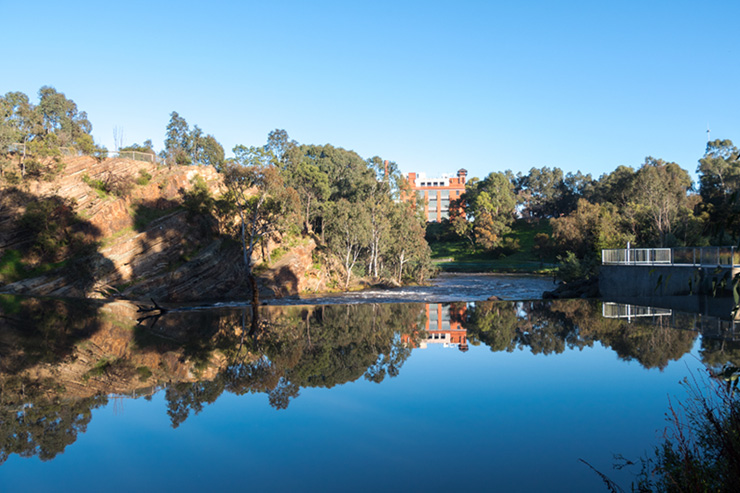 Despite the frosty start, I wasn’t the only one venturing out to make the most of the seasonally mild (but still essentially cool) conditions. A gathering of prams, dogs and bikes accompanied their owners along the paved paths. Transversely, the unsealed sections contained a steady stream of walkers, joggers, BMX bikers and trail runners. By far the most memorable (and cutest) pedestrians were a class of meandering preschoolers, angelically warbling the ‘5 Little Ducks’ nursery rhyme; enough to make even the most content bachelor clucky. I can only assume they’d been on a class trip to the nearby Collingwood Children’s Farm. 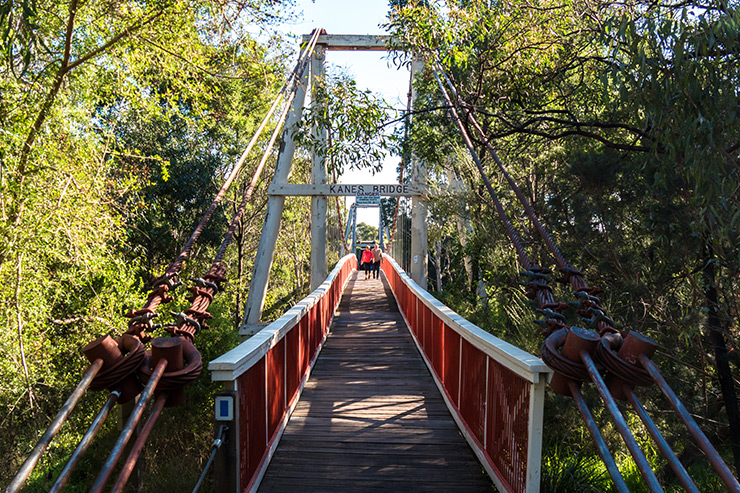 Kane’s Bridge is a beautiful river crossing along the trail.

I blame this unexpected ruffling of paternal impulses for completely losing my bearings over the next 30 minutes. Admittedly, the trail isn’t spectacularly well signed, but if you follow the river’s gyrations (path permitting) you won’t get too lost. Though, as a result of my misplaced focus, I sliced off a heap of the recognised trail.

I’d suggest saving a map of the area to your phone before you start your trek (reception can be uncertain). Also, make sure you’re wearing stable footwear, the unpaved sections are uneven, rocky and even slippery in some spots. 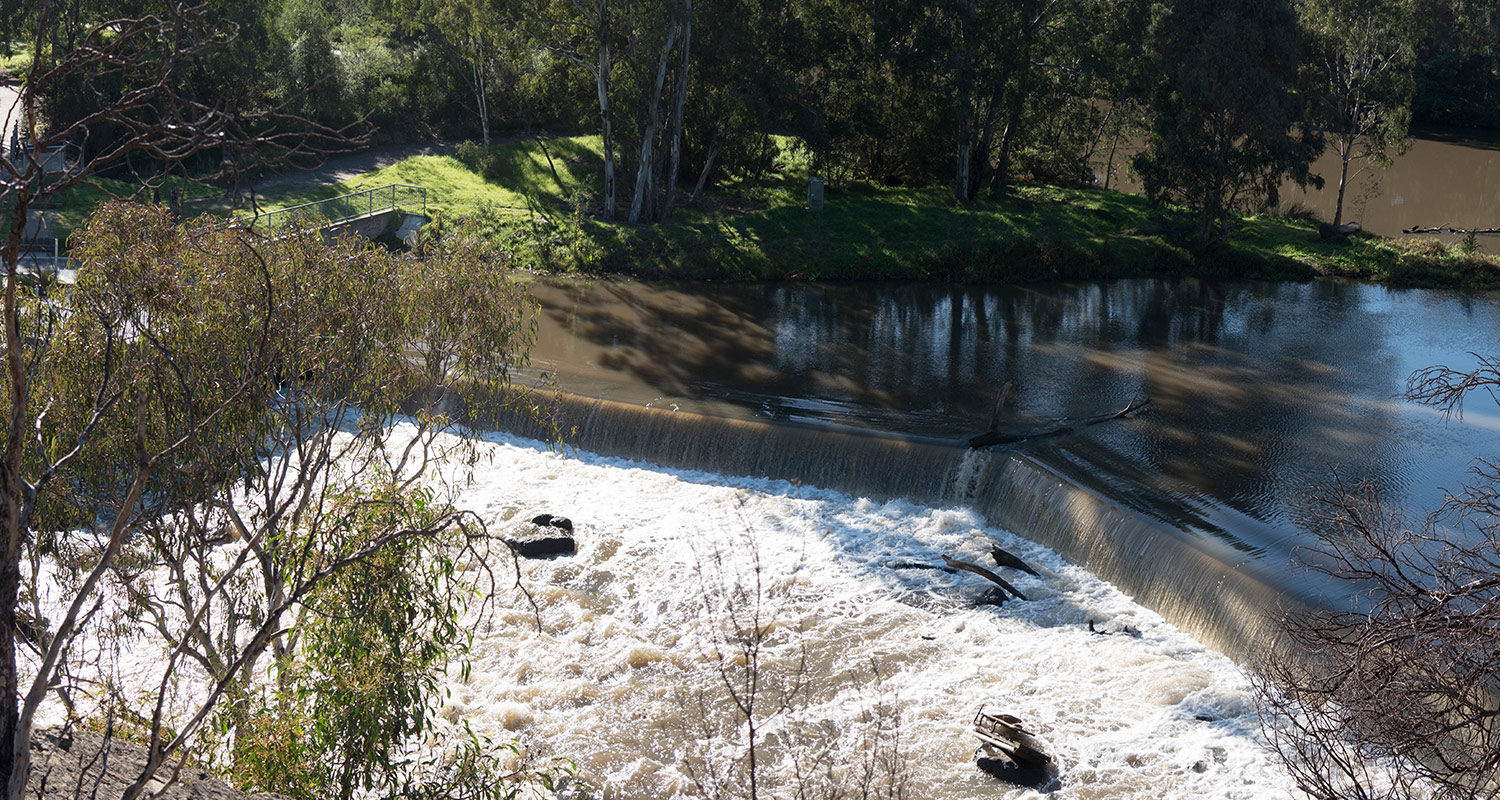 The view of Dight Falls from the lookout.

The path continued to curl around the river, passing roads, bushland, lookouts, a boathouse, parks and a plague of lycra-clad cyclists until it eventually spat me out back at the Dight Falls clearing. I’d suggest giving yourself a couple of good hours for the walk, especially if you’re inclined, like me, to stop for photos. 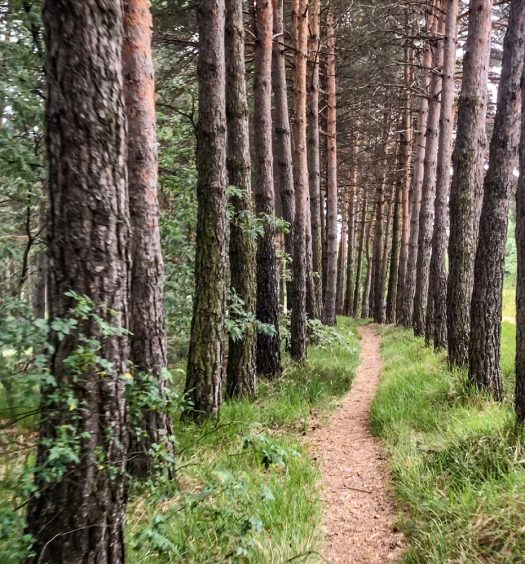 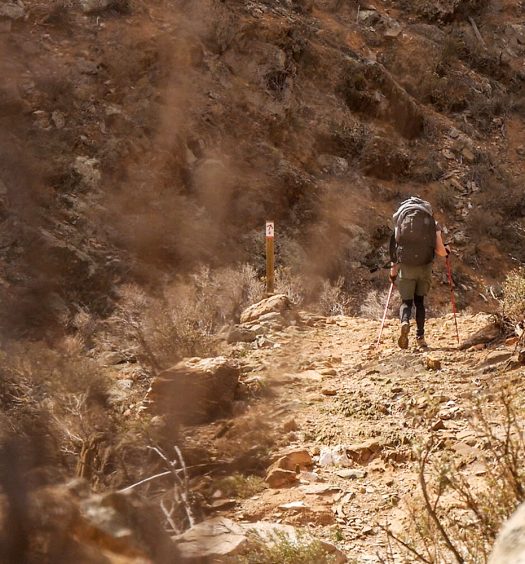